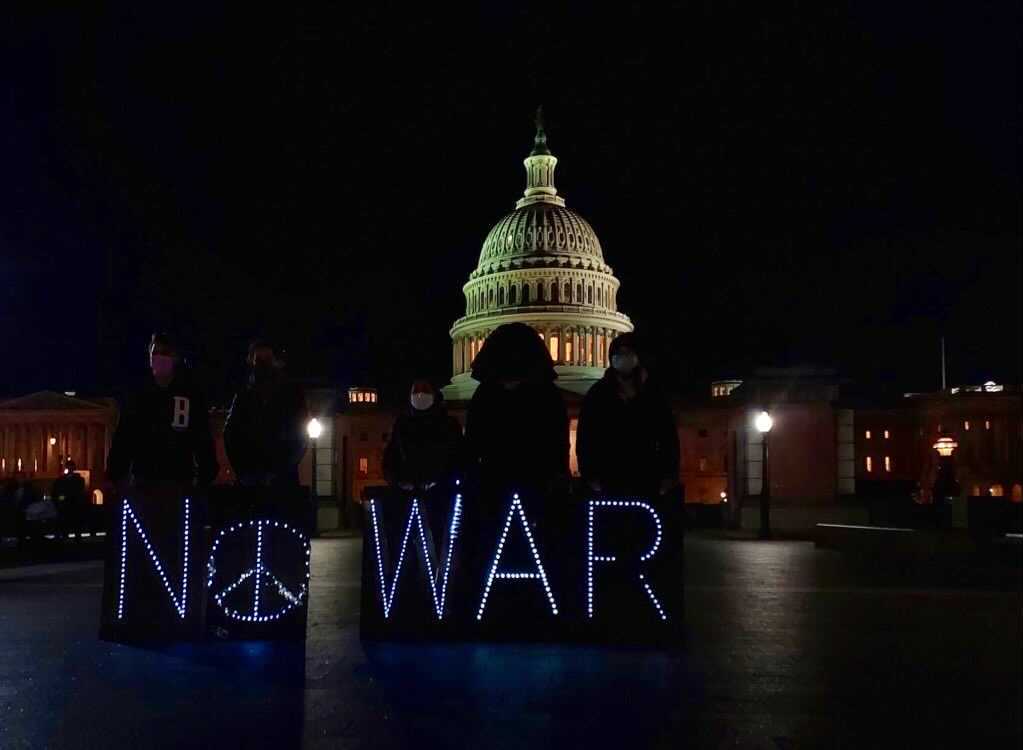 A group of DC activists took to the streets outside of the the Capitol Building in Washington DC tonight with a clear message: “NO WAR.” Organizers will illuminate large neon letters reading “No War” and expressing other anti-war messages in support of diplomacy and negotiation with Russia.

News of Russia’s invasion of Ukraine stunned the world Wednesday night, rallying activists across the globe to come together to denounce war and call for an immediate ceasefire and a return to the negotiating table. While CODEPINK fervently condemn Russia’s decision to attack Ukraine, we also acknowledge the major role the U.S. and NATO have played in exacerbating this dangerous crisis and urge President Biden not to impose collective punishment that will only harm Russian civilians and create further division. We call on both the U.S. and Russia to pacify this reckless conflict by engaging in diplomacy and negotiations to end the war in Ukraine.

“We rise with the people across the globe in saying NO WAR anywhere,” says CODEPINK Organizer Olivia DiNUccia. “From the over militarization of the streets in this country, Putin’s imperialist invasion in Ukraine, the US-backed Saudi and UAE-led humanitarian crisis in Yemen, and the US-supported Israeli occupation in Palestine, colonialism, imperialism and the military industrial complex must end. We must center humanity and dignity for all, which requires reparations to the poor and occupied. Peace for the people and for the earth.”