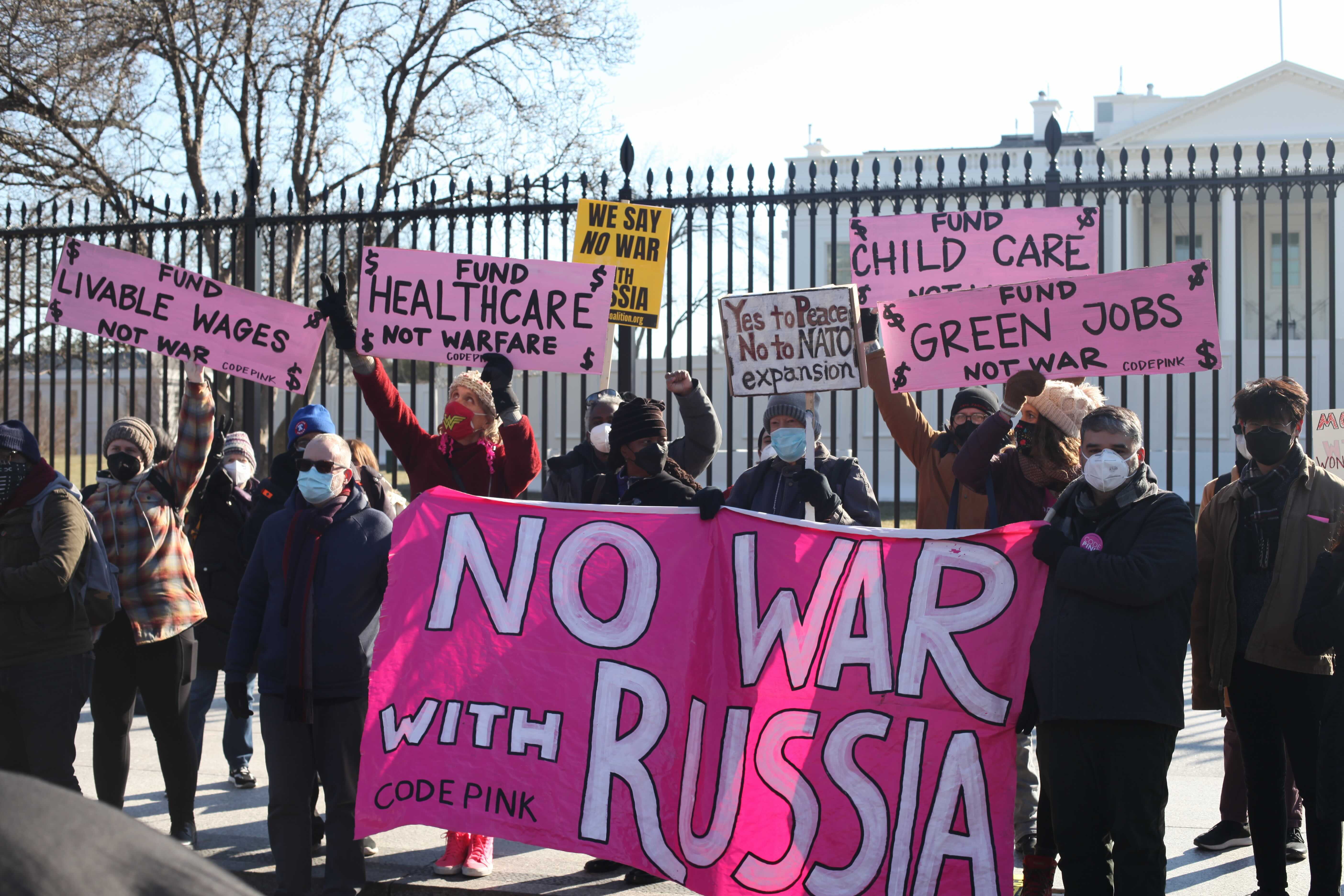 This is bad! The Pentagon just announced that 3,000 U.S. troops are being moved to Eastern Europe, the majority of them to Poland — and another 8,500 troops remain on heightened alert.

As the Biden administration continues to escalate towards a war with Russia, we all need to come out into the streets for peace. So, this Saturday, February 5 we are calling for a global day of action to prevent a war with Russia.

LA, Baltimore, Minneapolis, Chicago, Portland, D.C. NYC, New Orleans, and many more cities already have actions planned. Click here to see all the cities where people have protests planned. If your city doesn’t already have an action planned, we can help you organize one. We have posters, sample press releases, and more for you to use and we will help you promote your action.

There is very little being done in Congress to de-escalate this situation, but Congressional Progressive Caucus chair Pramila Jayapal (D-Wash.) and Representative Barbara Lee (D-Calif.) did release a letter stating, "there is no military solution out of this crisis — diplomacy needs to be the focus"

Representative Barbara Lee was the only Congresswoman who voted against the U.S. Invasion of Afghanistan. She was right then and she’s right again: we need diplomacy NOT war! Get out in the streets to oppose war between the world’s two largest nuclear powers, and tell your senators and representative to listen to the peacemakers and prioritize diplomacy!

We know the only people who will benefit from war with Russia are the war profiteers. Raytheon CEO Greg Hayes was quoted as remaining optimistic about rising tensions in Eastern Europe saying that he “fully expect[s]” that “we’re going to see some benefit from it.”

But everyday Americans don’t want another deadly, dangerous war. Recent polling data indicates that the majority of Americans are against war with Russia. We need our representatives to hear from us NOW! Tell them you expect them to pursue diplomacy, NOT war!

P.S.- When you're in action, make sure everyone knows you're with CODEPINK! Buy your own T-shirt here.

P.P.S.- Make sure to watch and share our emergency webinar: Is the US Going to War with Russia? AND 🔔subscribe to our Youtube channel so you can get the latest updates as they happen!