September 20, 2019: Join CODEPINK in support of the International Climate Strike 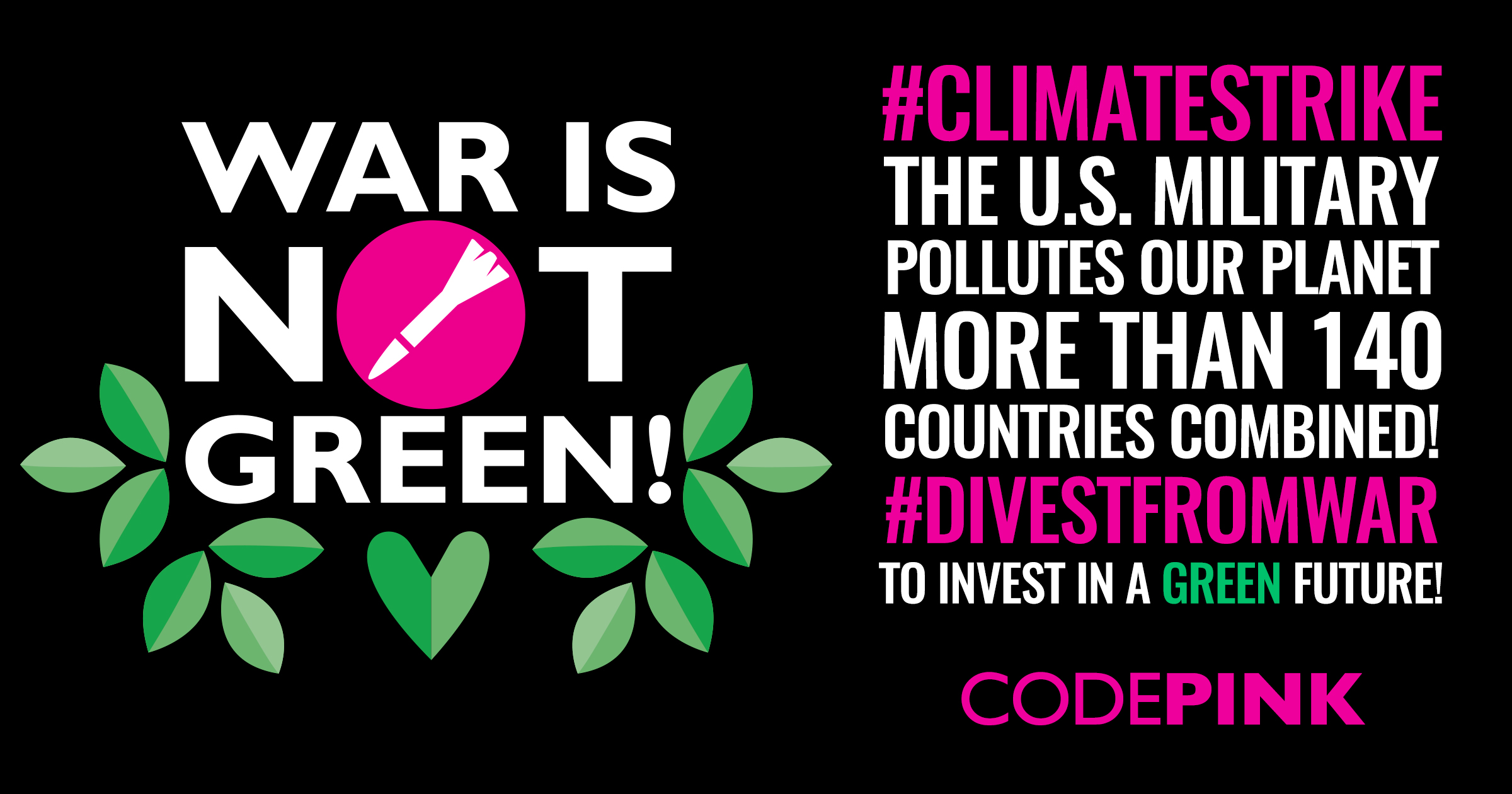 Did you know that the U.S. Military is the world’s largest consumer of carbon and causes more pollution than 140 countries combined? Yet 64% of our discretionary budget is siphoned off to the Pentagon every year and weapons manufacturers continue to place their short term profit above the future of our planet. Funding endless war is an existential threat to human life- that’s why we need to divest from war and invest in a Green New Deal!

On September 20th, young people across America are leading an intergenerational strike to demand that our government take serious action on the climate crisis. Join local CODEPINK activists around the country to mobilize in solidarity with the global climate strike. We’re joining young climate activists to strike for a future where human needs are placed before the corporate greed of weapons manufacturers!

Find a CODEPINK contingent attending the climate strike in one of these cities below:

Don’t see your city listed? Contact [email protected] if you’re interested in organizing a CODEPINK contingent to attend the climate strike in your city!

Print these flyers and bring them to the protest with you!

Print these posters and bring them with you to the protest! 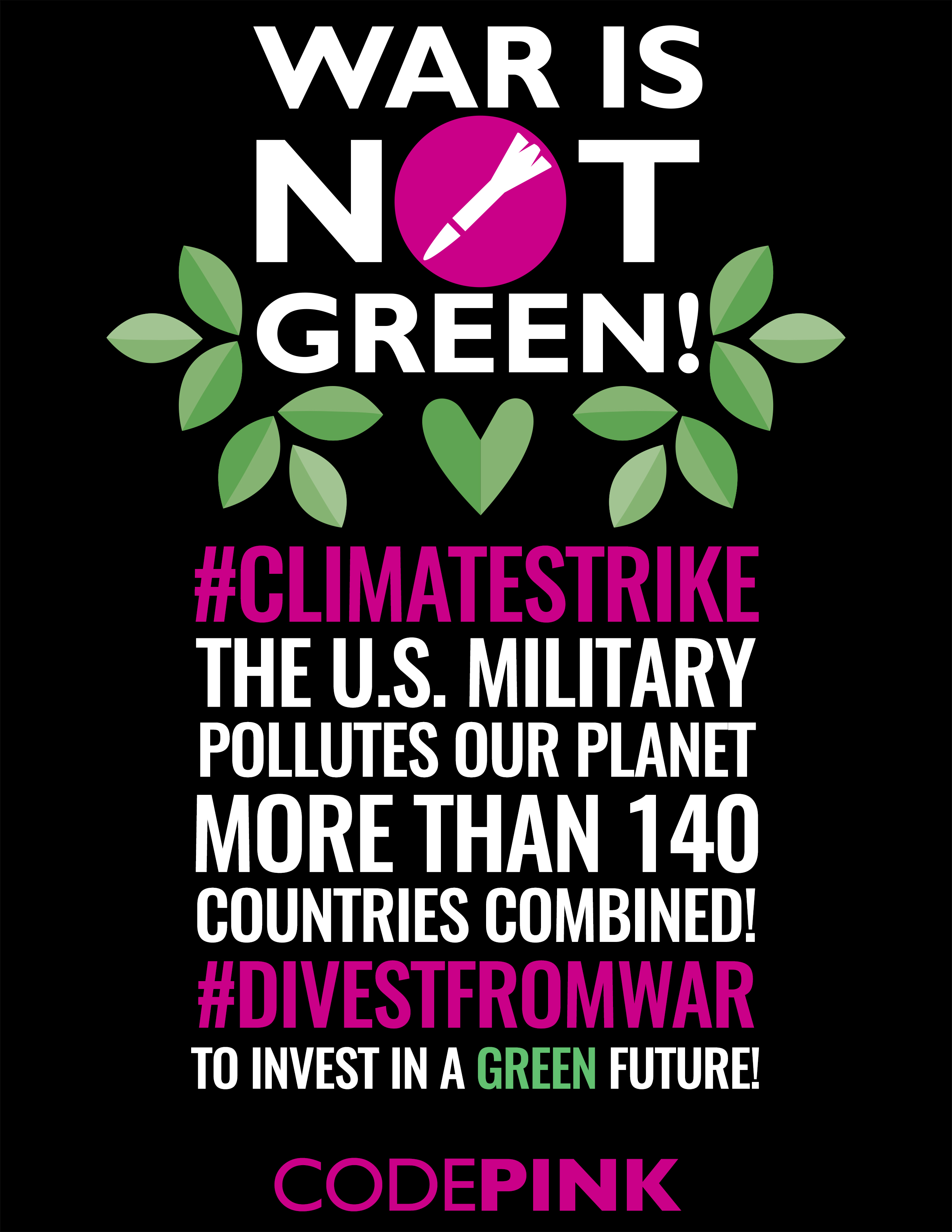 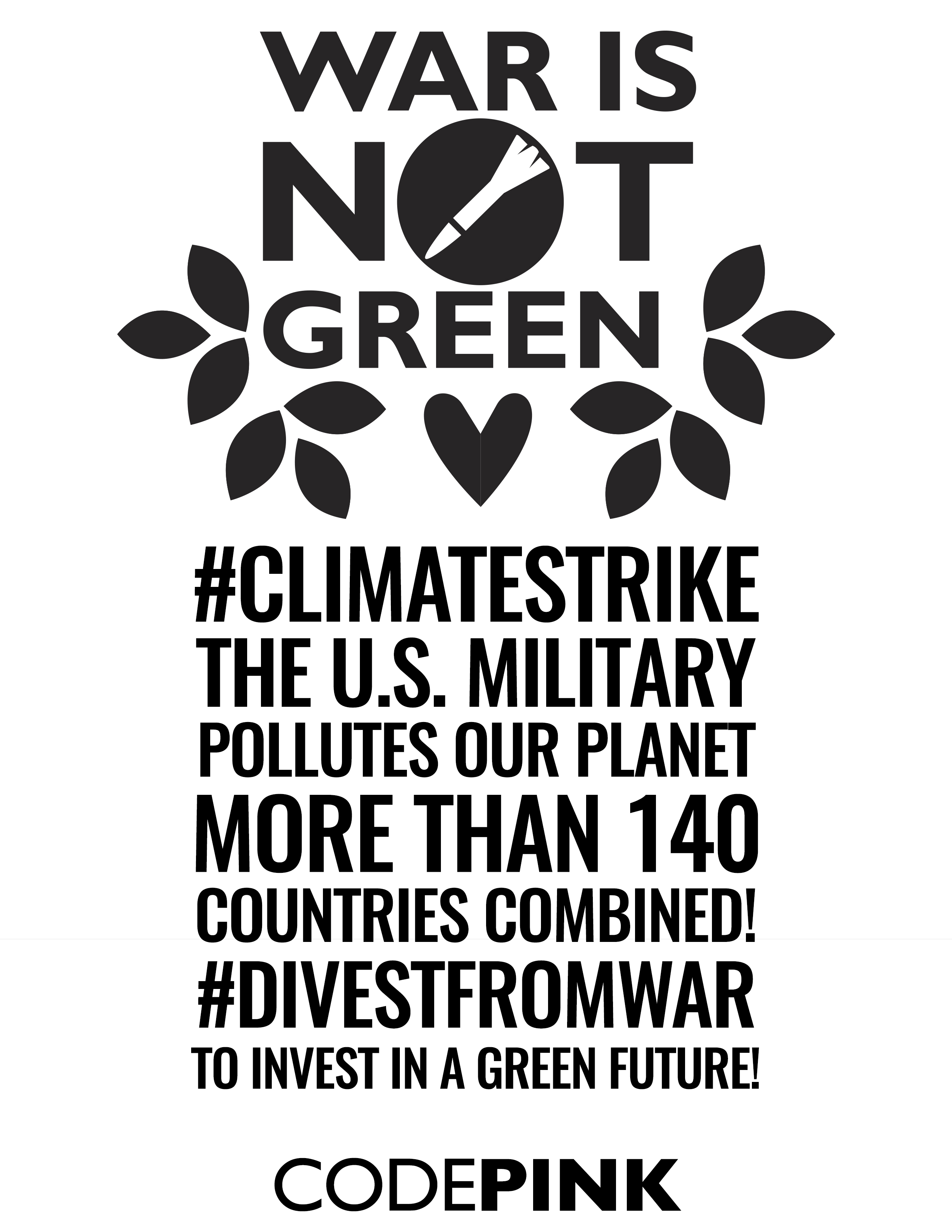 Can’t make it to the climate strike on Friday, September 20th?

Sign the pledge to Divest from the War Machine and

Sign up to learn how you can start a divest from war campaign in your local community!