A police officer leads protester Cynthia Papermaster from a University of California, Berkeley classroom while Professor John Yoo, left, prepares to teach on Monday, Aug. 17, 2009, in Berkeley, Calif. Anti-war activists protested on the University of California, Berkeley campus Monday to call for the firing of a law professor who co-wrote legal memos that critics say were used to justify the torture of suspected terrorists. (AP Photo/Noah Berger) 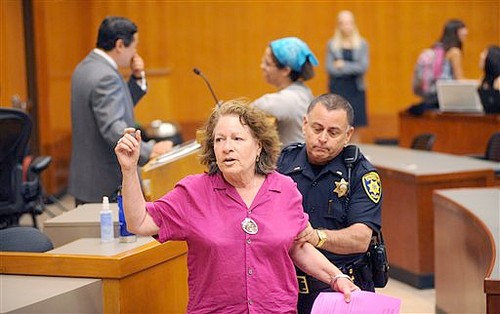