Can the UN Talks Bring Peace to Shattered Yemen? 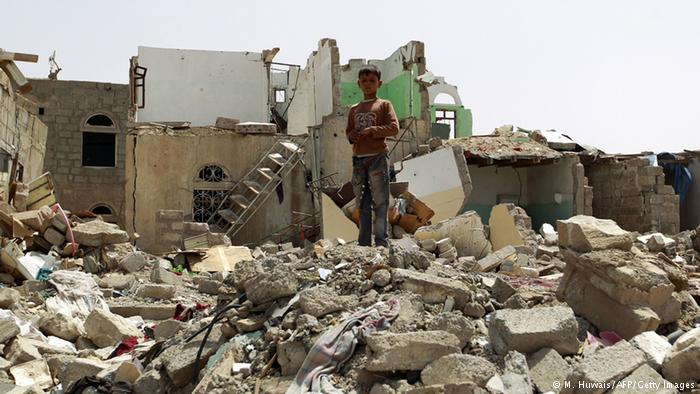 By Medea Benjamin and Nalini Ramachandran

Over the weekend of June 14, UN-brokered talks began in Geneva, but many Yemenis know that with the increasingly hostile armed factions, a destroyed economy and the Saudi/Iran rivalry playing itself out in their country, peace will be hard to come by.

With the Houthi rebels in the north and Al Qaeda in the Arabia Peninsula--AQAP--in the south (targeted by US drone strikes), Yemen has long been a hotbed of strife. But when the Houthi rebels made a daring military move in February 2015 and managed to take over the capital Sanaa, forcing President Abd Rabbuh Mansur Hadi to flee, the Saudi government decided to intervene to restore Hadi to power.

On March 26, 2015, the Saudis, under the umbrella of the Gulf Cooperation Council, launched a vicious airstrike campaign against the Houthis. Instead of unseating the Houthis, Saudi interference only escalated the conflict, killing over 2,000 Yemenis and creating a humanitarian crisis that have left 80% of the population in dire need of aid. The heavy military intervention has destroyed homes, businesses, schools, hospitals, and entire villages. Civilians lack basic supplies such as food, water, medicine, and adequate shelter. Doctors Without Borders reports that many people living in frontline areas are unable to travel to clinics or hospitals for medical care both because of the fighting and the lack of fuel. Even those who are able to make it to health facilities often find that they are not functioning.

Officially known as Ansar Allah (Partisans of God), the Houthi movement began in the 1990s, initially advocating for sectarian tolerance and peace. But motivated by unemployment, poverty and opposition to what they perceived as a corrupt and inept government, they took up armed rebellion.

President Hadi, who requested help from the Saudis to crush the Houthis, had come to power in February 2012 after an “Arab Spring” uprising against 35-year ruler Ali Abdullah Saleh. Hadi got his position through an election where he was the only candidate, and it was only supposed to be a 2-year term ending in February 2014, when new elections were to be held. Hadi actually resigned from his post in January 2015. So for many Yemenis, Hadi is no longer a legitimate president and he had no legal right to ask the Saudis to intervene.

Even Yemenis who supported the Saudi intervention, thinking it would quickly bring an end to the fighting, changed their minds when they witnessed the civilian deaths, the destruction of the nation’s infrastructure, the blocking of the airports and seaports, and the general chaos that has ensued. Part of that chaos is that to fight the Saudis, the Houthis made an alliance of convenience with the former president Ali Abdullah Saleh (the very man who used to bomb them) and fighters loyal to him, while other parts of the military and local militias have joined the side of Hadi.

Most devastating has been the relentless Saudi bombing. When a temporary ceasefire agreement was reached in early May, the Saudis deliberately inflicted as much violence as possiblebefore the ceasefire began and once the ceasefire ended, they promptly reengaged in their strikes.

According to two recent Human Rights Watch investigations, among the weapons being used by the Saudis are cluster bombs, which were banned by the 2008 Convention on Cluster Munitions because they kill civilians long after the fighting has stopped. Of the three types of cluster munitions identified recently in Yemen, two were manufactured in the United States and supplied by the US government. “The Saudi-led coalition and other warring parties in Yemen need to recognize that using banned cluster munitions is harming civilians,” said Human Rights Watch researcher Ole Solvang. “These weapons can’t distinguish military targets from civilians, and their unexploded submunitions threaten civilians, especially children, even long after the fighting.”

The fighting in Yemen is not just destroying the fabric of that nation; it has broader implications for the region. While Iran denies direct involvement, it gives military aid to the Houthis, supports them politically and strongly condemns the Saudi intervention in Yemen.

The United States and the European Union have weighed in on the side of the Saudis, helping with intelligence sharing, targeted assistance, and advisory and logistical support. This may have a negative influence on the Iran nuclear talks, with hardliners in Iran using Yemen as an example of why it’s impossible to have a rapprochement with the West.

Another negative side effect of the conflict is that it has strengthened the radical Al-Qaeda in the Arabian Peninsula (AQAP). AQAP considers the Houthis, who are Shias, heretics, and the Houthis have been fighting AQAP for years. The present situation gives AQAP more breathing space, and effectively--in this battle--puts the Saudis and the US on the same side as AQAP, the very force that has been the target of US drone strikes. To make matters even worse, the present constellation of forces has opened the doors for new radical players to emerge--ISIS. In fact, ISIS made its bloody debut in Yemen on March 20, when it attacked a Shia mosque in a pro-Houthi area, killing about 130 people.

The June UN-brokered peace talks are a long shot, but a critical effort to quell the violence. Initially, the Houthis had called for a ceasefire as a precondition to the talks, while Hadi’s precondition was the withdrawal of the Houthis from the areas they seized. UN negotiators convinced both sides to come to the table without preconditions. They hope the talks will result in a ceasefire, increased delivery of humanitarian aid and a withdrawal plan for the Houthis. But it’s certainly not clear that the Saudis, who will not be at the talks, will agree to stop their intervention.

Meanwhile, for ordinary Yemenis, they can only hope that a miracle happens in Geneva so they can start to rebuild their shattered lives.

Medea Benjamin is the co-founder of the peace group CODEPINK and the human rights group Global Exchange.