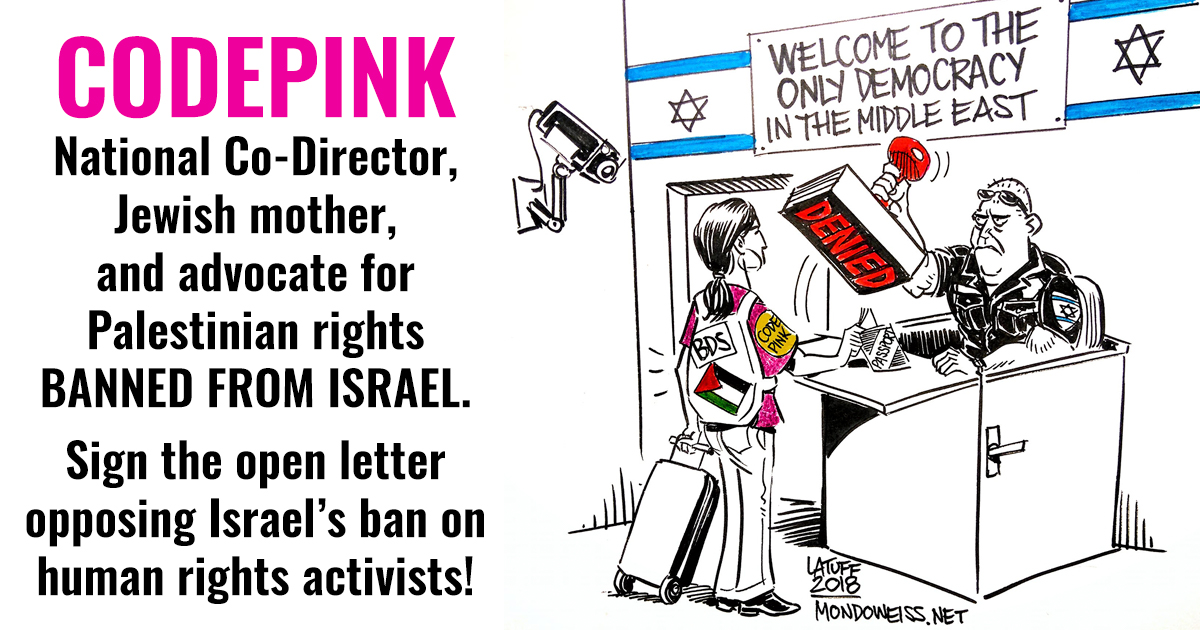 Over the past year, you have denied entry to numerous peaceful advocates for Palestinian human rights. These have included leaders of CODEPINK, Jewish Voice for Peace, the Center for Constitutional Rights and many other organizations and individuals. Since the founding of Israel, Palestinian refugees have been the denied the right to return to their homes and lands. Every day, Palestinian Americans and people of Muslim faith are denied entry on the basis of their ethnicity/religion.

On Sunday, January 7, 2018, Israel published a list of 20 international organizations, including CODEPINK, whose activists will be barred from entering the country because of their support for the boycott, divestment and sanctions movement in Palestine. The six banned U.S. groups are:

This is an outrageous attempt to silence global voices who work to stop the oppression and violations of international law against the people of Palestine. It is unacceptable for the US government to use US taxpayer funds to support Israel’s violence towards Palestinians. We call for an end to all racist and repressive bans, from Israel’s BDS ban to Trump’s Muslim ban.

Freedom, justice and equality for all!