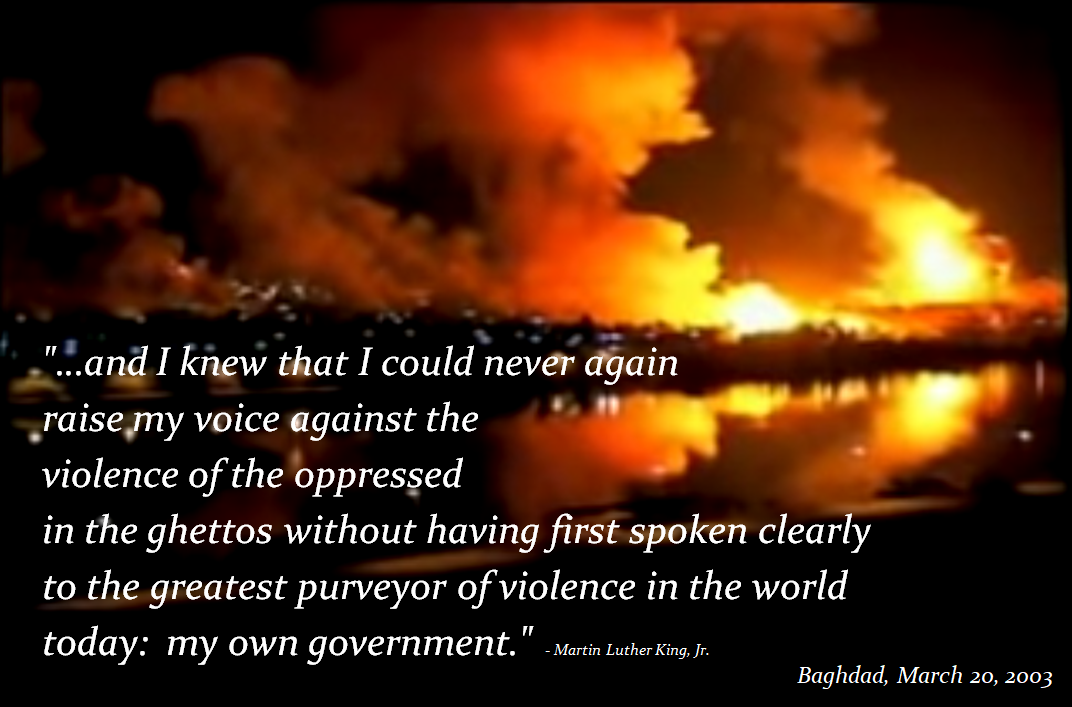 Inscribed on a wall across from the United Nations in New York City are ancient words of incalculable yearning:

“They will beat their swords into plowsharesand their spears into pruning hooks.Nation will not take up sword against nation,nor will they train for war anymore.” – Isaiah 2:4

I’ve stood with activists in front of that same wall singing Down by the Riverside, a song promising we’ll lay down our swords and shields, -“and study war no more, no more.”

In memorably eloquent words spoken after the onset of COVID-19, the Secretary General of the UN, Antonio Guterres, had this message for the world:

“The fury of the virus illustrates the folly of war. It is time to put armed conflict on lockdown….. Put aside mistrust and animosity. Silence the guns; stop the artillery; end the airstrikes. End the sickness of war and fight the disease that is ravaging our world. That is what our human family needs, now more than ever.”

Some of my closest friends now await sentencing for having embraced the call, quite literally, to “beat swords into plowshares.” They entered a U.S. naval base which is the home port to “one of the largest known collections of nuclear weaponry in the world.” The Kings Bay Nuclear Naval Station in St. Mary’s, GA operates a fleet of Trident nuclear submarines. On April 4, 2018, Mark Colville, Clare Grady, Martha Hennessy, Elizabeth McAlister, Patrick O’Neill, Carmen Trotta and Fr. Steve Kelly, S.J. prayed, poured blood, spray painted messages against nuclear weapons, hammered on a replica of a nuclear weapon, hung banners and waited to be arrested.

Steve Kelly, a Jesuit priest, has been locked up in the Glynn County Detention Center ever since the night the seven entered Kings Bay Naval Station. Now beginning his third year in jail, he writes that his cramped, dingy quarters are “a 21st Century monastery.” He prays, reads, listens, learns and writes. The Glynn County jail will only allow correspondence that uses 3 x 6 pre-stamped post cards. Steve has mastered the art of condensing his thoughts into short messages.  “Nuclear weapons will not go away by themselves,” he says.

Steve’s co-defendants have served varying lengths of time in the Glynn County jail and several had to wear ankle monitors, something like wearing leg irons, during home confinement. The six now await sentencing. Liz McAllister’s telephonic hearing will be held on June 8th. The others expect to appear in the Glynn County Courthouse on June 29 and 30. They face years in prison.

In October of 2019, a jury found the Kings Bay Plowshares 7 guilty of destruction and depredation of government property, trespassing, and conspiracy. Judge Lisa Godbey Wood ruled that the jury wouldn’t be allowed to hear expert witnesses or learn what motivated each of the seven to nonviolently resist nuclear weapons. She ruled out faith-based testimony.

In 2003, the Sisters of St. Brigid of Kildare, Ireland asked me to speak at a retreat for people whose faith-based convictions motivated them to nonviolently resist the impending U.S. war against Iraq. During the retreat I listened to concerns of five people who felt they were ready to risk their lives and futures, and might want to join our Iraq Peace Team in Baghdad. But when I returned to Baghdad, I learned they had instead committed a Plowshares action at Shannon airport. Parked on the tarmac there was a U.S. Navy warplane. Ireland is a neutral country, and the activists believed they were justified in trying to prevent Ireland’s airport from being used to stage a belligerent war, in Iraq, against civilians already beleaguered by earlier U.S. attacks and 13 years of economic sanctions. Entering the Shannon airport, they easily reached a U.S. Navy warplane, and they hammeredon it. Harry Browne writes about the action in a book called Hammered by the Irish. Fortunately, they were represented by extremely talented lawyers. One of them, Mr. Nix, (since deceased) has been referred to as the last of the great Irish orators. The judge wouldn’t allow expert witnesses, and in fact the only defense witness she would allow to speak was me since the five said they resolved to take action after hearing me speak at their retreat. She also declared there would be no faith-based testimony in her courtroom. Although she insisted war was not going to be put on trial, she had to comply with Irish law which allows lawyers to say anything they want in the final summation. Near the end of the trial, Mr. Nix rose to speak. He assured the judge and jury that the greatest pacifist of all time was Jesus of Nazareth and the greatest pacifist document ever written was the Sermon on the Mount, “and,” he said, “I’m about to read it to you right now!” Finishing the beatitudes, he pointed to the defendants and described them as people who didn’t practice their faith as though they were at the delicatessen, choosing a bit of this or rejecting that. “They believe in their faith!” he said. Then his tone changed as he reminisced about how happy he’d felt, recently, listening to children at play in a park near his home. The children chased the geese up a hill and then the geese chased the children downhill. What could be more beautiful than the sound of children at play? Then he began telling about children in Lebanon whose parents had taken them for a dip in the park the previous day. His face suddenly seemed to glower as he roared out that children were dying in a pool of their own blood. He described an Israeli missile blasting into the swimming hole, killing the children. And then it was as though he was putting all of us on trial. “Would you not try, if you could, to stop a Hezbollah missile from slamming into southern Israel? Would you not try, if you could, to stop an Israeli missile from slamming into a swimming hole in Lebanon? The question isn’t: did these five have a lawful excuse to do what they did! The question is: what’s our excuse not to do more?!  What will rise ye?!

The jury acquitted the five on all five counts. The lawyers had been able to skillfully introduce a necessity defense. In U.S. courts, during many dozens of Plowshares trials, the defendants are next to never allowed to invoke the necessity defense, to argue that they needed to act in order to prevent a greater harm. The laws protect those who develop, store, sell and use weapons. Those who call for disarmament and try to sound an alarm regarding the omnicidal consequences of nuclear weapons are tried narrowly on issues of property damage and trespass.

Riots have broken out in cities across the United States as protesters have vented frustrated rage following the death of George Floyd, a handcuffed black man who died after a white Minneapolis police officer knelt on Floyd’s neck for nearly nine minutes. Some observers have rushed to judge the protesters, highlighting the irrationality of looting and burning buildings in their own neighborhoods, ruining places that might even provide services or jobs. Yet what could be more self-defeating and irrational, during the midst of a pandemic while climate catastrophes threaten planetary survival, than the action of spending more money on nuclear weapons and possibly conducting nuclear bomb tests. Why squander resources on military capacity to burn other people’s homes and cities, through use of nuclear and conventional weapons?

The prophet Isaiah’s vision arouses action on the part of people longing to build a better world. Mr. Nix’s questions should be ours today, earnestly asking “who are the criminals?”

“The question isn’t: did the Kings Bay Plowshares 7 have a lawful excuse to do what they did. The question is, what’s our excuse not to do more? What will rise us?”