Banned from Jerusalem (for trying to pay respects to my grandmother) 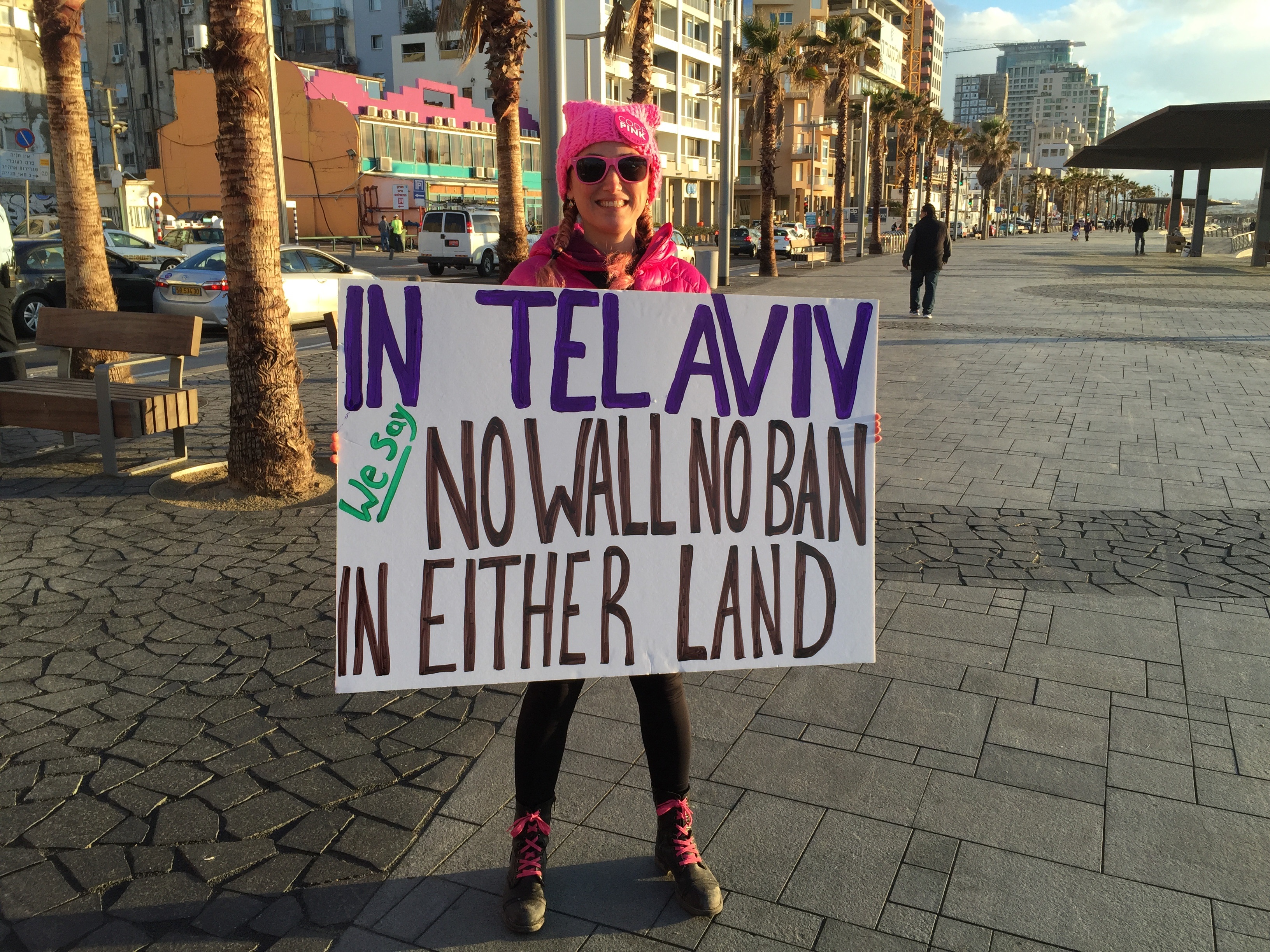 “You have to sign this paper agreeing that you are not allowed to come to the old city of Jerusalem for 15 days. Do you understand?,” said the Israeli police officer.

“Yes, I understand,” I replied.

The offense I had committed was trying to enter the Western Wall area in possession of materials supporting Palestinian rights.

A day before I had been in Tel Aviv for a protest of Trump and Netanyahu at the US embassy. Folded in half and tied with a string were the posters from the protest. They included a Youth Against Settlements Stop Friedman and Open Shuhada Street sign, a poster reading, From Tel Aviv, we say No Wall No Ban in Either Land, and a sign in Hebrew from Coalition of Women for Peace. Inside my suitcase was a folded-up CODEPINK Bibi-Trump Bad Romance banner, a Gaza Habibti t-shirt from Coalition of Women for Peace, a Palestinian flag, and flyers for Youth Against Settlement’s annual Open Shuhada Street campaign. At the entrance to the Western Wall is a basic x-ray belt for your bags and metal detector to walk through. The protest in Tel Aviv had been entirely legal and I had nothing to hide. As my bag and signs were cumbersome I asked if I could store them there while I went and paid respected to my grandmother who died in June and then come back for them.

Within moments I was escorted past the wall to the small police area. They took the posters, my bag, my phone, and even the CODEPINK Women for Peace pin attached to my purse. After about 40 minutes I was taken to the main police station at Jaffa gate.

I was given the right to speak to an attorney before being interrogated. I was told that I was being held under suspicion of intent to create a disturbance. The attorney advised me to cooperate for the investigation as I truly had no intentions to create a disturbance, had not hidden anything, and was simply there to pay respects to my grandmother. It bears saying that the previous year I unveiled a banner at the Western Wall in support of BDS (Boycott, Divestment and Sanctions). However, I was not arrested or detained for that in any way and at no time during my interrogation did they ask me about that action.

After my name and other details, the Israeli officer began to go through each item I had with me. “Why do you want to Open Shuhada Street?,” she screamed at me. “Why do you want to Free Gaza?” “Why do you say no wall, no ban?” “Why do you have a Palestinian flag?” she screamed. She yelled at me that who my President appoints as ambassador to Israel is not my business. I had been trying to not talk politics with her, as the lawyer advised (I’d called an Israeli lawyer I had the contact for), but at this point I told her that actually as a US citizen, US government appointments are my business as they must be confirmed by Senators. I told her over and over that the protest in Tel Aviv had been totally legal, that I had not tried to hide my signs, and that I simply wanted to pay my respects to my grandmother. I told her that I still wanted the opportunity to pay respects to my grandmother.

After about six hours, they decided that they would not arrest me but that I would be given a ban from entering the old city, and Western Wall, for the remainder of my time in Palestine and Israel. They seemed to take pleasure in the fact that this meant I would not be able to say a prayer for my grandmother.

My grandmother passed away in June 2016 at the age of 96. Although she and I disagreed strongly on Zionism, I loved her with all my heart and wanted to pay tribute to her memory. Perhaps I will be able to do so when there is freedom, equality, and justice in Palestine/Israel.