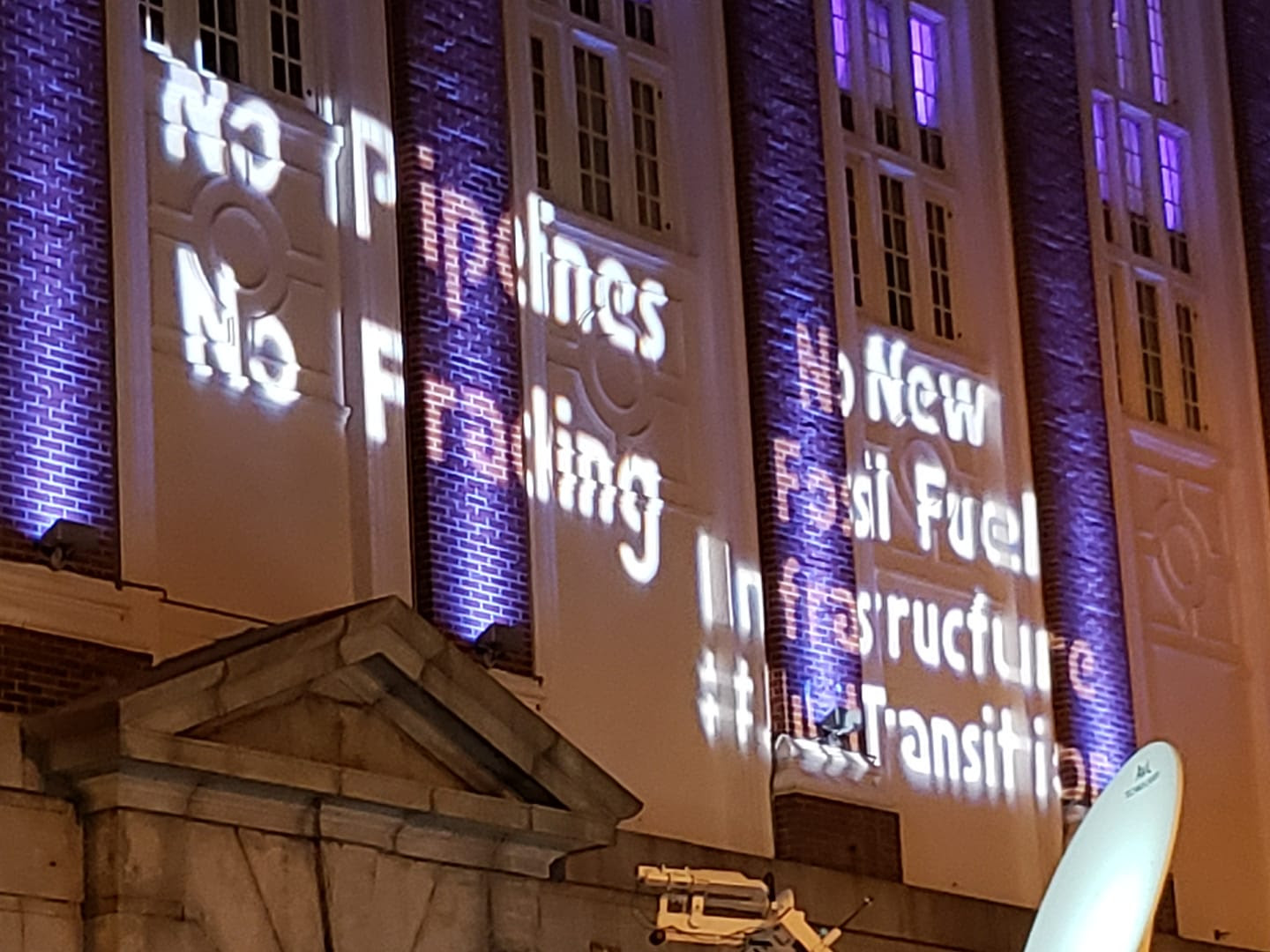 On October 21 at 7 PM, some ten members of Baltimore Peace Action gathered across the street from Center Stage, 700 N. Calvert St., Baltimore to protest the policies of Joe Biden. He would arrive while we were there for the Town Hall scheduled at 8 PM, sponsored by CNN.  There were an estimated 100 people out there making demands on such issues as citizenship for all, an end to animal testing, mitigation of climate chaos and our call for severe cuts to the military and nuclear weapons budgets.  Richard Ochs produced a number of banners covering such subjects as End the Use of Drones, No Arms Race, Sign the Iran Deal and Free Assange which were displayed about twenty feet from the entrance to Center Stage.  Phil Aleto did a light show about climate chaos on the theater’s building.

Gwen DuBois, president of Chesapeake Physicians for Social Responsibility, received a ticket through Email and attended the Town Hall.  Her question was not asked, but during a break she approached the president and informed him to renounce First Use.

A majority of the protesters left after the Town Hall began, but five Peace Action members stayed until it ended around 9:30 PM.  This was done so that participants would see our messages as they departed.  And Biden’s motorcade drove by us, and Richard Ochs believes he did see some of the banners. 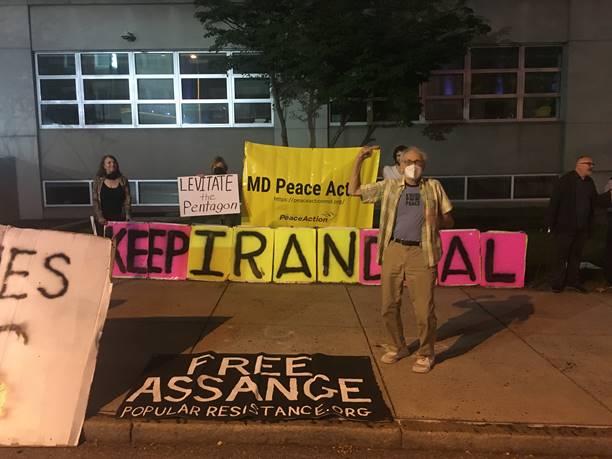 Baltimore Peace Action will continue to lobby our legislators to severely cut the military and nuclear weapons budgets, to challenge Johns Hopkins University’s weapons contracts, Raytheon’s influence on legislators as well as its weapons of war, and Saudi Arabia’s visits to the Port of Baltimore presumably to pick up weapons.  To get involved, send Max an email at [email protected]