A Woman’s Right to Choose (Her Government) 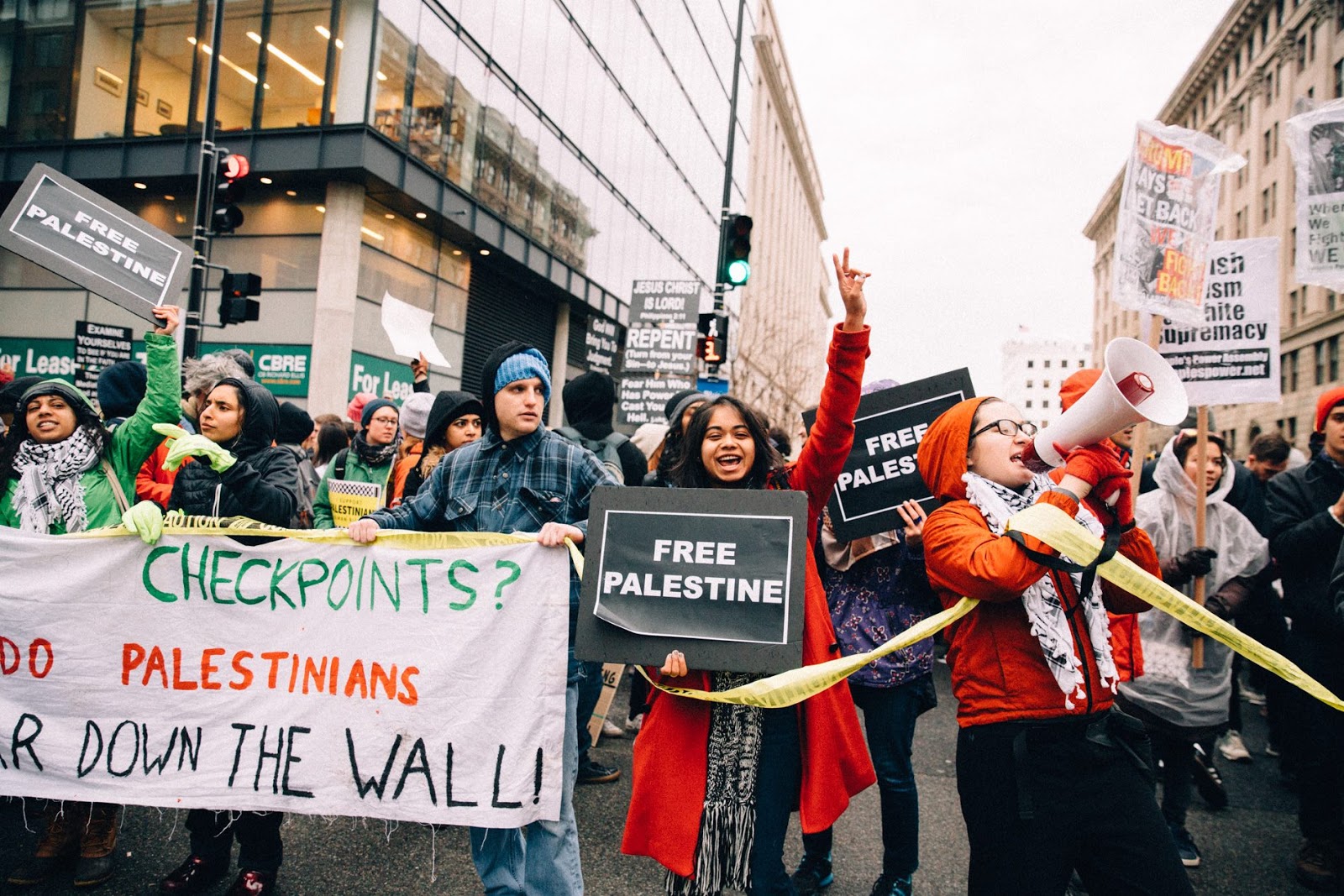 The Women’s March on Washington recently made headlines by refusing the sponsorship of the New Wave Feminists, a pro-life women’s group. The rationale for this decision was not a moral opposition to the pro-life position itself, but an opposition to pro-life policies that restrict access to safe and affordable abortions, thereby taking the choice away from pregnant women. In the spirit of choice, I marched on Saturday with a sign that read “Palestinian Justice is a Feminist Value.”

Choice is arguably the most important component of modern feminism. Feminism dictates that women deserve the ability to make their own choices about their careers, their bodies, and their politics. For some women that means wearing a hijab, while for others it means being able to wear short skirts or go topless without judgment. Choice means that women who choose to work and women who choose to be homemakers can be equal in their commitment to gender equality. It means that a personal opposition to abortion does not give anyone the right to restrict access to safe and affordable abortions for women who need them.

The importance of choice is exactly why Palestinian justice is a feminist issue. For decades, the Israeli government has denied Palestinian women (and men) the ability to make their own choices about their government, their economy, and their families.

750,000 Palestinians were displaced and over 500 villages were destroyed between 1947 and 1948 in order to create the Jewish state of Israel. These people did not choose to leave their homes; they were expelled by violence and then refused the right to return when the war ended. Then, in 1967, Israel gained control of the West Bank and Gaza Strip, creating another million Palestinian refugees. Those refugees and their descendents now number over 5 million, many of whom live in overcrowded and underfunded camps in the surrounding Arab countries.

Since the 1990s, Israel has controlled the movement of Palestinians within the Gaza Strip through the use of checkpoints and permit requirements. In 2001, Israel bulldozed and bombed Gaza’s only airport, severely limiting Palestinians’ access to the outside world. Then, in 2007, it imposed a land, sea, and air blockade that gave it complete control over the influx and outflow of all people and goods, including essential services like water. As of today, 1.8 million Palestinians remain locked inside the Gaza Strip, with little ability to move around and no access to their friends and family in Israel and the West Bank.

In the West Bank, Israel sanctions the building of illegal settlements despite disapproval from the UN and the international community. In 1967, there were no Israeli citizens living in the West Bank. In 1993, there were 100,000. Today, there are 400,000 Israeli citizens living in 131 Jewish settlements, not including another 97 outposts that are as-of-yet considered illegal under Israeli law. The roads that connect these settlements, which are placed in every corner of the West Bank, severely limit Palestinians’ movement and access to their own land, making them dependent on foreign aid. Today, Israel controls 61% of the West Bank, a territory that it and every other country on Earth recognizes it does not own.

Palestinian women and their families did not choose to live under siege and occupation. In 2006, they chose to be governed by Hamas, and every day, they choose to resist in whatever ways they can. If mainstream feminism and the Women’s March on Washington truly believe in choice as a pathway to justice, then they must accept that Palestinian justice is a feminist value.