A Shift: Repudiating War on Yemen 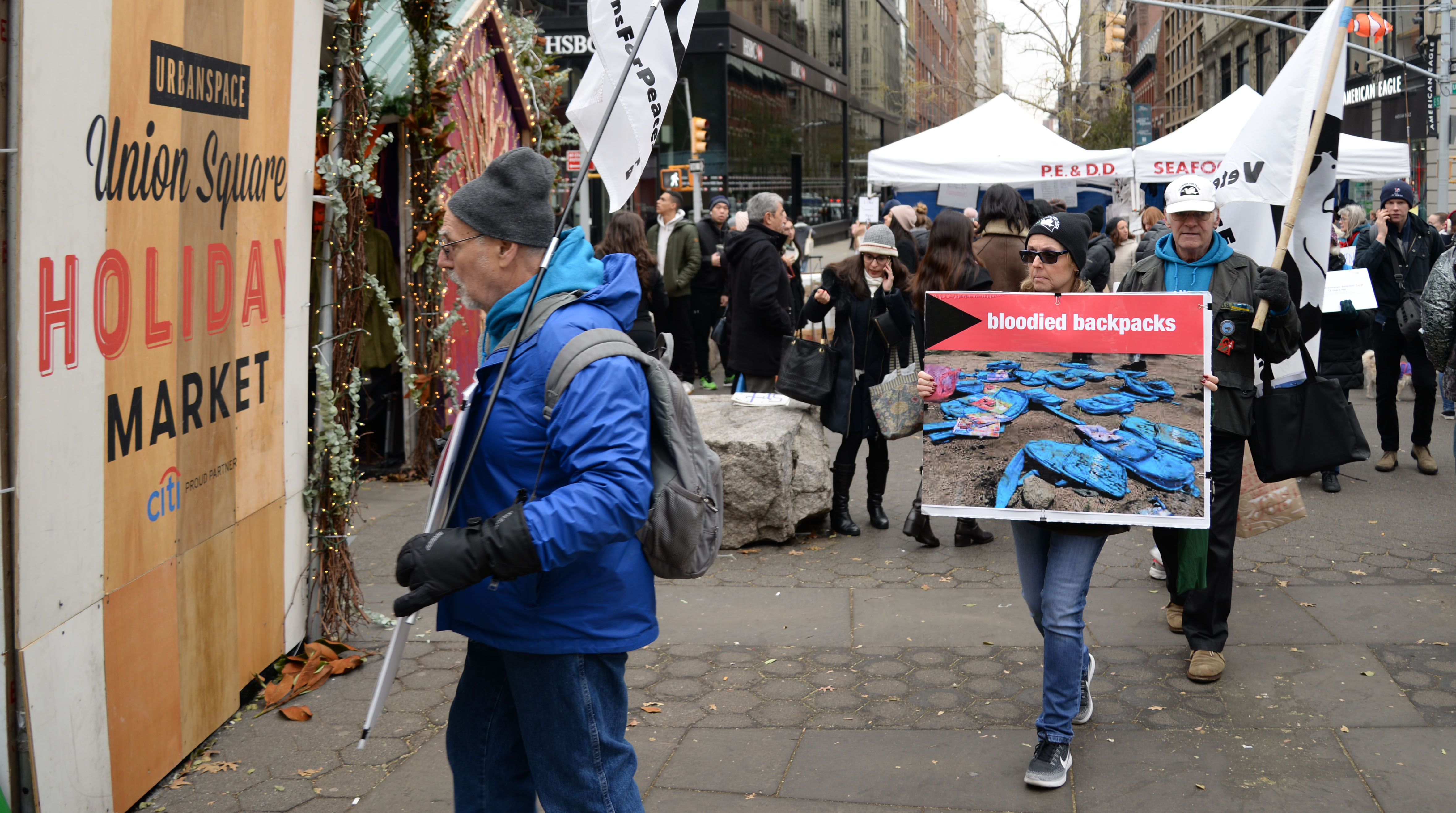 The horror of the Yemen War is changing minds at last

An engineer, Gasim Risun, cradled his two-week-old baby as he sat in his hospital bed. Gasim had suffered multiple wounds, but he was the only one in his family well enough to care for the infant, after an unexploded missile destroyed his house. In Baghdad, a bomb demolished a former military defense headquarters, and the shock waves shattered the windows in the hospital next door. Doctors said the explosions terrified women in the maternity ward, causing some to spontaneously abort their babies while others went into premature labor.

In December 1998, U.S. news media steadily focused on only one person living in Iraq: Saddam Hussein. With the notable exception of Stephen Kinzer of The New York Times, no mainstream media focused on U.N. reports about the consequences of U.S. economic sanctions imposed on Iraq. One of Kinzer’s articles was headlined: “Iraq a Pediatrician’s Hell: No Way to Stop the Dying.”

The hellish conditions continued, even as U.N. officials sounded the alarm and explained how economic sanctions directly contributed to the deaths of hundreds of thousands of children under age five.

Now a horror story of similar proportions is playing out in Yemen.

In November 2018, The Guardian reported that up to 85,000 Yemeni children under age five  have died from starvation and disease during the last three years. Mainstream media and even governments of large and wealthy countries are finally beginning to acknowledge the anguish suffered by Yemeni children and their families.

Stark and compelling photos show listless, skeletal children who are minutes or days away from death. Reports also show how war plans have deliberately targeted Yemen’s infrastructure, leading to horrifying disease and starvation. Journalists who have met with people targeted as Houthi fighters, many of them farmers and fishermen, describe how people can’t escape the sophisticated U.S. manufactured weapons fired at them from massive warplanes.

One recent Associated Press photo, on page one of The New York Times for December 14, shows a line of tribespeople loyal to the Houthis. The youngest child is the only one not balancing a rifle upright on the ground in front of him. The tribespeople bear arms, but they are poorly equipped, especially compared to the U.S.-armed Saudis.

Now, the U.S. Senate has passed a resolution holding him accountable for the gruesome murder of Saudi journalist Jamal Khashoggi. Several U.S. Senators have said they no longer want to be responsible for bloodshed he has caused in Yemen. U.N. negotiators have managed to broker a fragile ceasefire, now in effect, which will hopefully stop the fighting that has raged in the vital port city of Hodeidah. One message which may have prompted the Saudis to negotiate came in the form of a Senate vote threatening to curtail the support of U.S. armed forces for the Saudi-led Coalition’s war on Yemen.

I doubt these actions will bring solace or comfort to parents who cradle their listless and dying children. People on the brink of famine cannot wait days, weeks, or months while powerful groups slowly move through negotiations.

And yet, a shift in public perception regarding war on Yemen could liberate others from the terrible spectre of early death.

Writing during another war, while he was exiled from Vietnam, Buddhist monk Thich Nhat Hanh imagined the birth of a “Peace Child.” He ends his poem by calling on people to give both their hands for the chance to “protect the seeds of life bursting on the cradle’s rim.”

I think of Iraqi mothers who lost their babies as bombs exploded just outside their maternity ward. The shift in public perception is painfully too late for innumerable people traumatized and bereaved by war. Nevertheless, the chance to press with all our might for a continuing and growing shift, repudiating war, could point us in a new direction.

The war in Yemen is horrific and ought to be ended immediately. It makes eminent good sense to give both our hands and all the energies we can possibly summon, to end the war in Yemen and vow the abolition of all war.

This article first appeared on the website of The Progressive magazine.

Kathy Kelly ([email protected]) co-coordinates Voices for Creative Nonviolence (www.vcnv.org) which is organizing a two week “Voices Rising – Fast for Yemen” beginning in NYC December 29, 2018 for the first week. During the second week, Jan. 6 – 12, participants will join the Witness Against Torture fast in Washington, D.C.