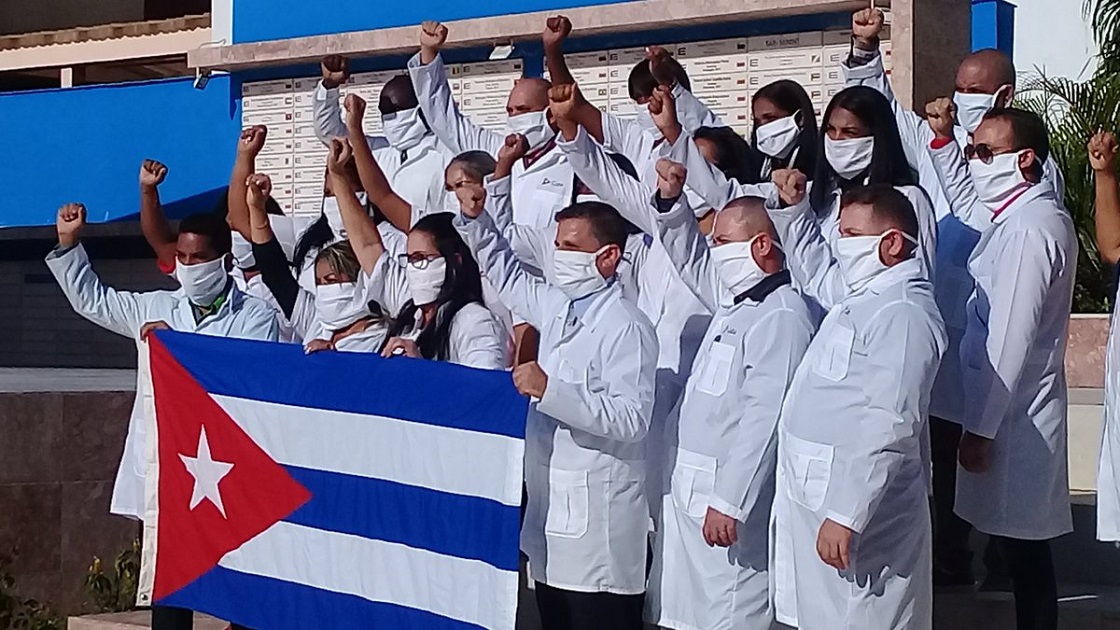 Trump and his allies like Senator Rick Scott are slandering Cuban doctors as victims of human trafficking. They aren’t victims, they’re heroes deserving of a Nobel Peace Prize!

The Trump administration’s policy and rhetoric towards Cuba is unconscionable, and it is shameful that you are complicit in the lie about Cuban medical missions being related to human trafficking.

Cuban medical personnel are fighting COVID-19 in 27 countries, demonstrating incredible bravery and solidarity in the fight against the pandemic. Cuba, a small country under increasingly heavy sanctions, is showing more global leadership right now than the United States.

The people of the United States reject your demonization of Cuba’s medical missions. We know the facts:

You don’t have to take our word for it. Here is what Cuban doctors themselves have said about these baseless allegations:

Dr. Leonardo Fernández: “I’m a slave? I received a free education from my country. I’m a slave? My family gets my full salary while I’m abroad.”

Dr. Graciliano Díaz: “We’re doing this voluntarily. Nobody is forcing me to go. We don’t care that other countries brand us as slaves. What’s important to us is contributing to humanity.”

Nurse Yakelein Guerra: “There are other peoples who need us. People should not be dying when there are professionals who can help them.”

Dr. Julio Guerra: “I’m going because I’m a doctor. This is how doctors everywhere should be educated, to cure people no matter where they are in the world.”

Dr. Ana Pérez: “Helping people in need is just part of being Cuban. There is nothing more just than being able to help people in other countries.”

Their solidarity and commitment to providing health care under even the direst of situations is an inspiration to us all. As a result, we are calling for Cuba’s Henry Reeve International Medical Brigade to be awarded the 2021 Nobel Peace Prize.

We call on you to retract your false statements and work towards improving U.S.-Cuba relations.