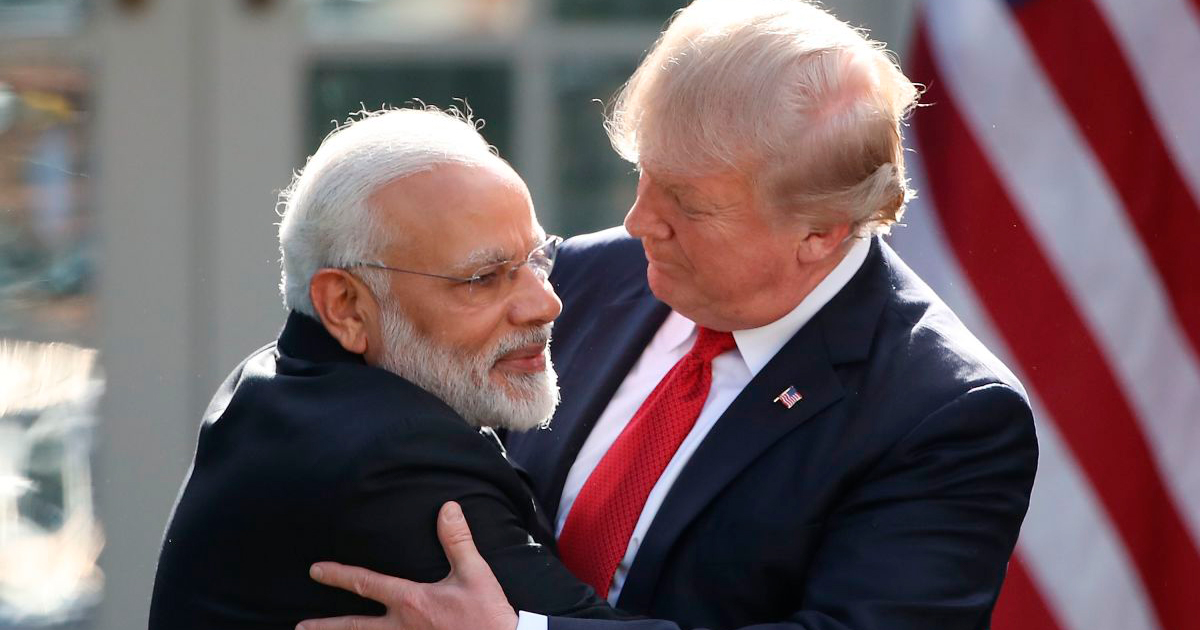 State Department: Stop $15B in Weapons Sales to India

On Donald Trump’s recent visit to India he praised Narendra Modi for being a champion for “religious freedom” as Muslims were being murdered by Hindu supremacists on the streets of New Dehli-- which is why it’s so alarming that Boeing and Raytheon are reportedly competing to sell over $15 billion in weapons to India. Tell the State Department that they should not approve $15 billion in weapons sales to Modi’s regime which finds common cause with Donald Trump’s racist Muslim ban, disregards basic human rights, and threatens to destabilize the region.

The American people are fed up with a State Department which prioritizes lining the pockets of weapons manufacturers over diplomacy and human rights. We are asking you to take the very serious human rights violations perpetuated by Modi’s regime into consideration and deny the proposed $15 billion in weapons sales to India.

Arms sales and defense trade are key tools of foreign policy with potential long-term implications for regional security. For this reason, the United States takes into account political, military, economic, arms control, and human rights conditions in making decisions on the provision of military equipment and the licensing of direct commercial sales to any country.

In light of very serious human rights abuses in India including but not limited to: the continued murderous attacks on Muslims, the military occupation of Kashmir, and the Indian citizenship law that excludes Muslims and violates international law, the State Department should abide by its own policy and deny $15 billion in weapons sales to India.

The international community is warning that Modi’s regime is complicit in recent attacks in New Dehli which left at least a dozen Muslims dead. The State Department should not be in the business of making a killing on killing. It’s time they place human rights and diplomacy above corporate profit. Don’t approve a $15 billion weapons sale to a country with such serious human rights abuses.