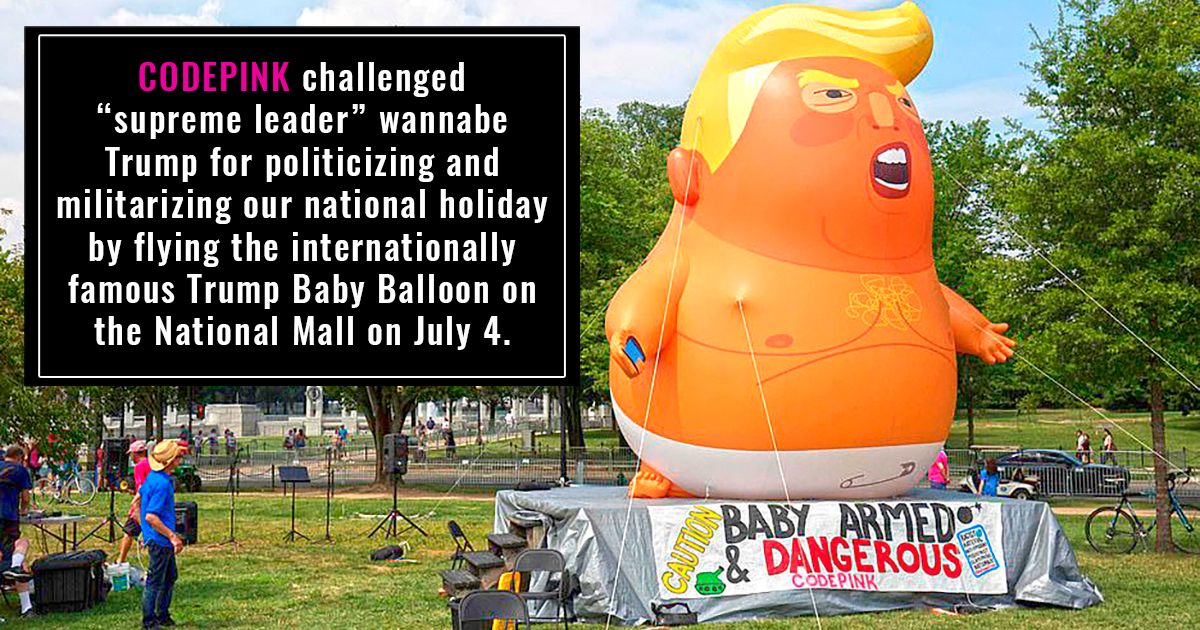 ‘Are you proud to be an American?’ Why Trump’s 4th of July was a tale of three different celebrations
USA Today

'Tanks, but no tanks:' Activists protest Trump Fourth of July event
wusa9.com: The protesters engaged in conversations with Trump supporters, but remained peaceful.

Pro- and anti-Trump crowds endure DC storms ahead of July 4 event
The Hill: The robot was put on by the activist group Code Pink, which also planned to float a large Baby Trump blimp. But due to National Park Service rules, it was not ...

Trump Speaks During Controversial (and Rainy) 'Salute to America ...
PEOPLE.com
Code Pink, a feminist anti-war group, displayed a balloon effigy of the .... RELATED: Protestors — and a Giant Baby Trump Balloon — Flood London Streets During ... When asked about the tickets to the July Fourth celebration on Tuesday at a ...

The giant baby blimp that makes Trump 'feel unwelcome' is coming to DC for July 4, but will have to fly almost a mile away from him
Business Insider
Do you like this post?