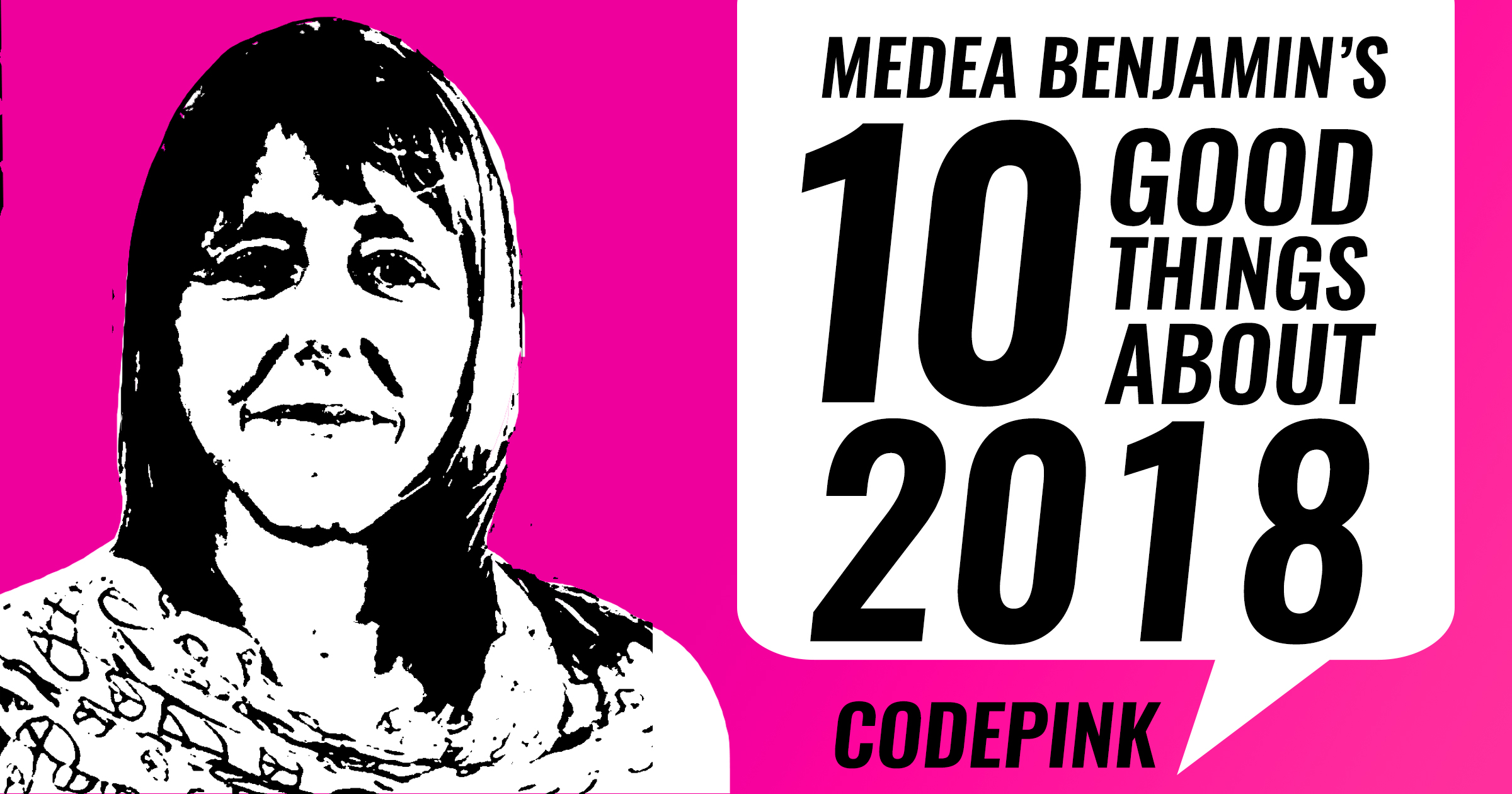 Yes, you could say I’m trying to put lipstick on a pig. 2018 was a year of whiplash, a never-ending series of assaults on our environment, immigrants, people of color, Muslims, Jews, the poor, international law. But there is light at the end of the tunnel and here are some rousing points of light from 2018, both domestic and international.

So there you have it. Despite Trump in the White House and the rise of right-wing movements around the globe, 2018 was chock full of good things... most of which went underreported because of all the attention on Donald Trump. And oh, speaking of Trump, I left out probably the most important development of all: the wagons encircling Trump, making his presidency seems less and less tenable. So... put on your seatbelts and hold tight — or better yet, prepare to take to the streets. If you thought 2018 was frenetic, 2019 promises to be one helluva ride.

Help us be prepared for all the struggles and protests we will be undertaking by making an end of year donation to CODEPINK.