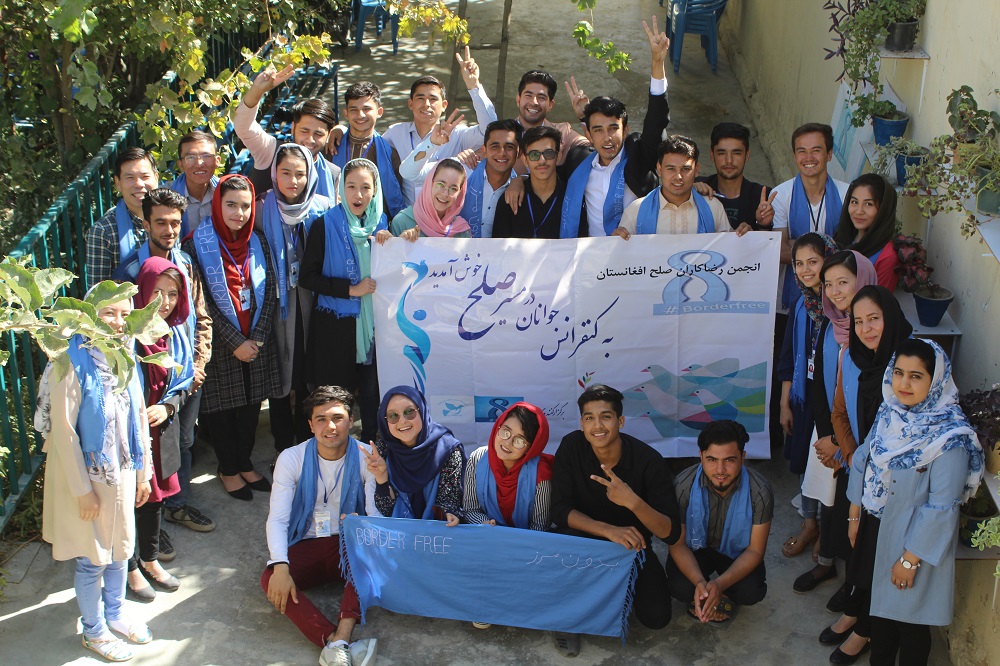 In September 2019, facing everyday dangers of the war and under constant pressure to view those from other tribes as enemies, young people from each of Afghanistan's 34 provinces gathered for a three day "On the Road to Peace" conference in Kabul.

Despite the violent crises which we human beings have created for Afghanistan and our planet earth, I have witnessed yet again how renewing our relationships with Nature and one another can calm us, teach us, and change us.

I saw this happening among the 26 participants of the “Youth on the Road to Peace Conference” organized by the Afghan Peace Volunteers from the 18th to the 21st of September.
The youth were rightfully feeling disheartened by the ongoing challenges in their country: war, opposing local and foreign groups in conflict, ISIS, Taliban, U.S./NATO forces, capitalism, climate-change related drought, inequality, racism, rhetoric with no action, societal and personal confusion…
Name any global problem, and we’ll find it looming in this ‘forgotten’ war-playground housing 35 million ordinary Afghans.
Since the beginning of 2019, the UN had reported “shocking and unacceptable” numbers of civilian casualties across Afghanistan, noting a big increase in the number of casualties caused by government and NATO-led troops.

So, imagine that everything is going wrong in our lives, and then, a pause and a space opens up. We get in touch with our feelings for life and people again, and our being shifts.
“We’re not even at peace with Mother Nature who gives serenity,” remarked Tamana, a 16-year-old Conference participant.
Mahdia also echoed these sentiments, “Before this Conference, I never made an effort to be kind towards Nature or to take care of her, because I never thought seriously about Nature. I have been motivated to work for Nature, for our very own survival.” 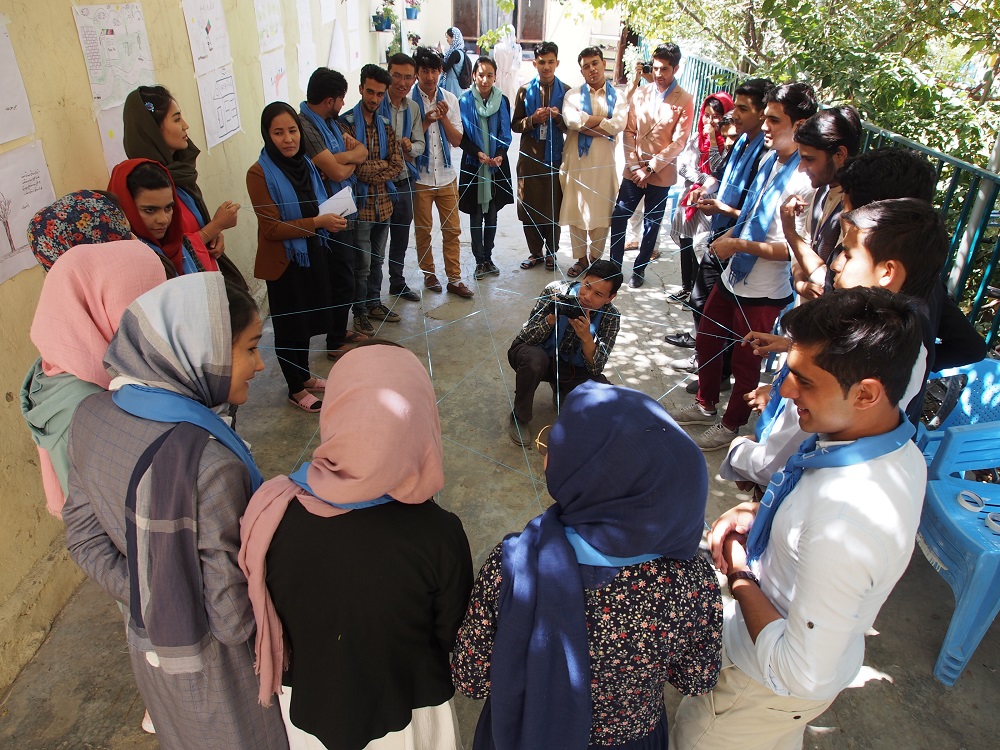 In considering their shared humanity and relationships, the youth began to think critically about their relationship to money and power. Kamal was visibly shaken by life’s very basic questions, “Our humanity doesn’t require religion, race or nationality. Money is imaginary, and at our deaths, we will not regret having little money. We shouldn’t work for ourselves, but for the people and the world.”
Over just four days, their humanity arose above the barriers of culture, language, political divisions, and the distrust and bad vibes generated by an ongoing war. “We have two things in common among everyone, humanity and relationships.” Ali Sina spoke with conviction. While Ali is engaged to someone from his ethnic group, he had exhorted the participants to consider inter-ethnic marriages as a way to break ethnic borders.

Kamran reflected in Pashhto, “I used to think of Afghans as Pashtuns, Uzbeks, Hazaras or Tajik. But now, I believe that we are all human beings!”
What about all the blood feuds, revenge and endless cycles of retaliatory violence over the past five decades of war?

Sakina, a 12th grade student, said, “We are human beings who are not perfect, so we should forgive one another.” This is radical, especially in the light of generational prejudices among other ethnic groups. For Sakina’s ethnic group of Hazaras, this discrimination extended especially to Pashtuns like Maiwand, who was standing across from her in a circle. Maiwand, also a 12th grade student, agreed, “I’ve learned the important life lesson of ample forgiving. Forgiveness can prevent other persons from being killed in revenge.”

Shahdab, a Tajik university undergraduate, described how a web of blue thread held between the circle's participants was an example of unity, “If I let go of the thread, it will weaken the unity that we have now.”

Sohrab said in Uzbeki, “Youth are the future of a country, and should be nurtured to be like medicines for the illnesses of their country.”

Anis Gul resounded, “We shouldn’t live as we did in the past or like our forefathers, but as a new generation, we should think differently!”

However badly the Afghan war has affected each of these youth, they are ‘hardwired’ to pursue relationships. I was moved by the quiet but revolutionary power of reconnecting with nature, and with one another.

Photo credit: Dr. Hakim. A video made to accompany this article can be found at youtu.be/sCB-MFe8SQ4

Dr Hakim, (Dr. Wee Teck Young) is a medical doctor from Singapore who has done humanitarian and social enterprise work in Afghanistan for the past 10 years, including being a mentor to the Afghan Peace Volunteers (www.ourjourneytosmile.com), an inter-ethnic group of young Afghans dedicated to building non-violent alternatives to war. He is the 2012 recipient of the International Pfeffer Peace Prize.