Did MBS just become the US Commander in Chief? 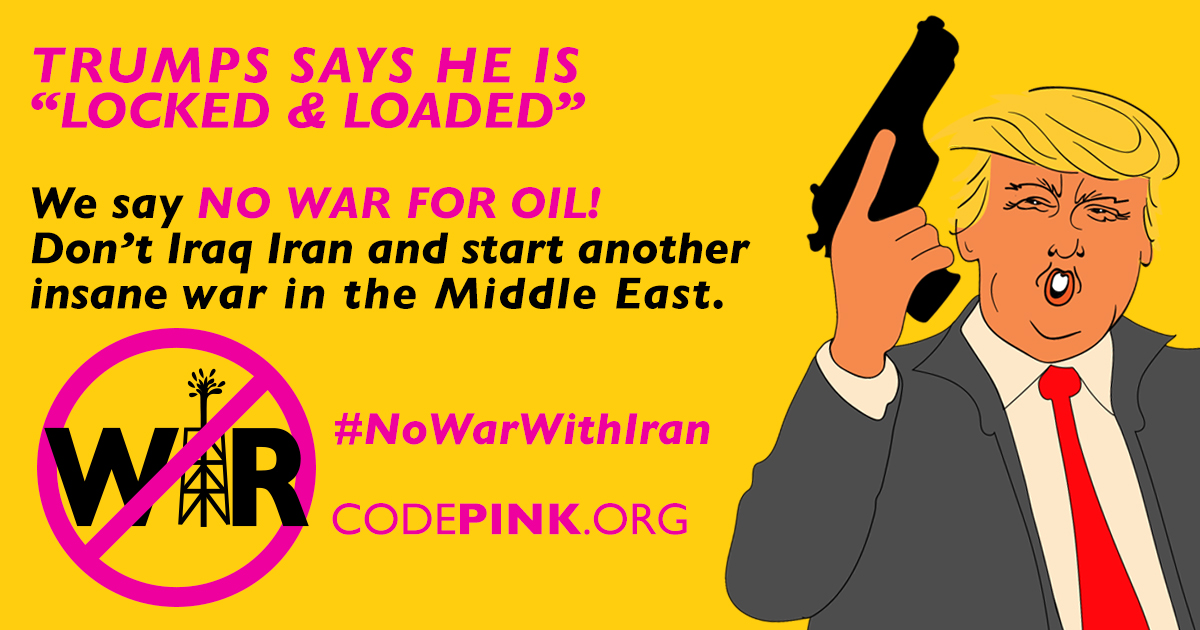 This feels like deja vu. Back in the early 1990s, during the first gulf war, our slogan was “No Blood for Oil.” Now Trump says the US is “locked and loaded,” prepared to carry out a military strike on Iran in retaliation for an attack on Saudi oil facilities, if the Saudi give the go-ahead.

The firing of John Bolton last week filled the world with a sense of renewed hope, but now Senator Lindsey Graham is taking Bolton’s place as top warmonger. His tweets over the weekend encouraged the U.S. to attack Iran’s oil refineries. Graham is not only a key senator on the foreign relations committee, he also is very close to Trump.

The best and only way for the US to help deescalate this precarious situation is to stop selling weapons to the Saudis to commit war crimes in Yemen. Send a message now to Senator Lindsey Graham telling him how dangerous his calls to war are, reminding him that the American people don’t want another war, and asking him to support the amendments to the NDAA to end US involvement in the Saudi-led war in Yemen and prevent a US war with Iran.

Rather than contributing to such incitement, Senator Graham should be reminding President Trump that according to the US constitution it is Congress, not the president (or Saudi Arabia), who has the right to declare war.

Whether the attack on the Saudi oil facilities was indeed carried out by drones operated by Houthi rebels as the Houthis have claimed, or by Iran (Iran denies this) is not even relevant. THIS IS NOT OUR FIGHT and Saudi Crown Prince Mohammed bin Salman is not the US commander in chief. US support for the Saudi-led war in Yemen has already created a situation so severe that 11 million people in Yemen are on the brink of starvation and around a half-million people are already literally starving. Now, our support for the Saudis in Yemen could lead us into another bloody war for oil, a war with Iran, with results that could be even more devastating than the Iraq war.

Send a message right now to Senator Lindsey Graham reminding him that the American people have no appetite for another Middle East war. He must stop his incitement and support the amendments to the military funding bill (the NDAA) to end US involvement in the Saudi-led war in Yemen and prevent a US war with Iran.

The next 24 hours will be crucial in determining whether the US pursues de-escalation or another war for oil. John Bolton may be out, but others are stepping into his shoes to march towards military action. We have seen this before and we know the consequences. We can’t let it happen again.