CODEPINK Stages Protests in DC, NY, SF and Houston Calling for End to US Weapons Sales to Saudi Arabia and Lifting the Blockade on Yemen 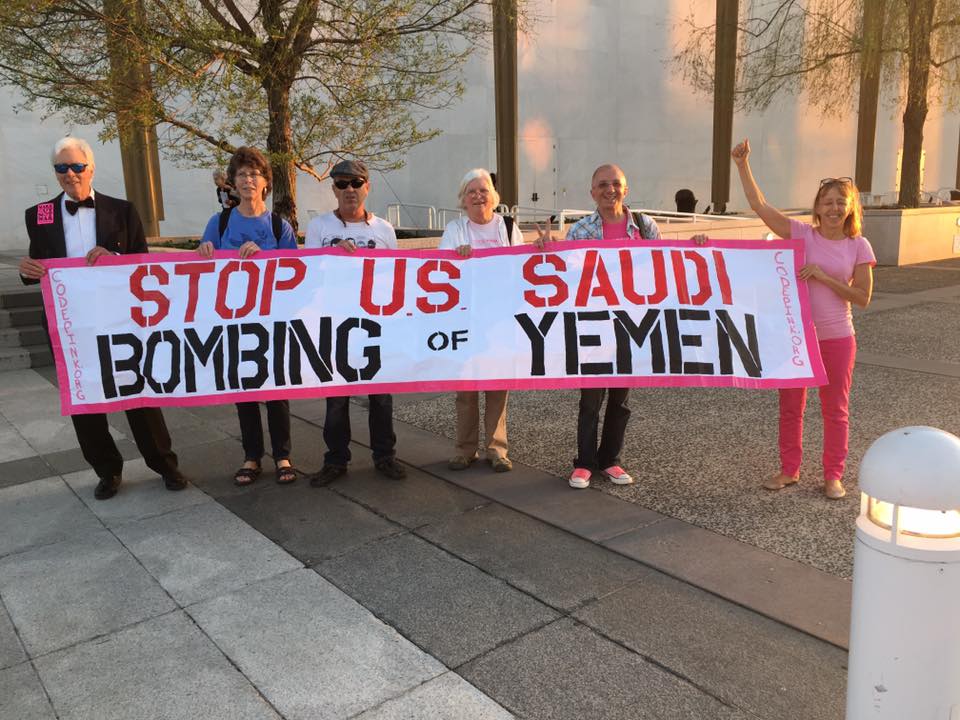 In honor of the United Nations' Human Rights Day, and horrified by the continued sale of US weapons to Saudi Arabia and its blockade of Yemen, activists will protest around the country on December 11th to demonstrate that support for these sales causes death, destruction, and human rights abuses in Yemen. In Washington DC they will visit the offices of the five Democratic Senators who voted in favor of continued sales: Virginia’s Mark Warner, Missouri’s Claire McCaskill, West Virginia’s Joe Manchin, Florida’s Bill Nelson, and Indiana’s Joe Donnelly. In holiday dress and carrying photos of suffering Yemeni children, they will sing parodies of Christmas carols while demanding that the Senators do at least as much as President Trump: Call on Saudis to lift blockade on humanitarian aid and call for a ceasefire.

In New York, the group will do civil disobedience actions at the US and Saudi Missions to the UN. There will also be protests at the Saudi Consulates in Houston and Los Angeles.

The Saudi kingdom is using US weapons to bomb innocent Yemeni civilians and uphold a blockade that is causing a dire humanitarian crisis. "While President Trump recently called on the Saudis to lift this disastrous blockade, if we are to really help the Yemenis we must stop the weapons sales, and the war,” said CODEPINK cofounder Medea Benjamin. “That’s why we are calling on these senators to pledge support for Senate Resolution 40, limiting sales to the Saudis, and to publicly call for an end to the blockade and a ceasefire."