Rise up with Palestine this Sunday in Austin! 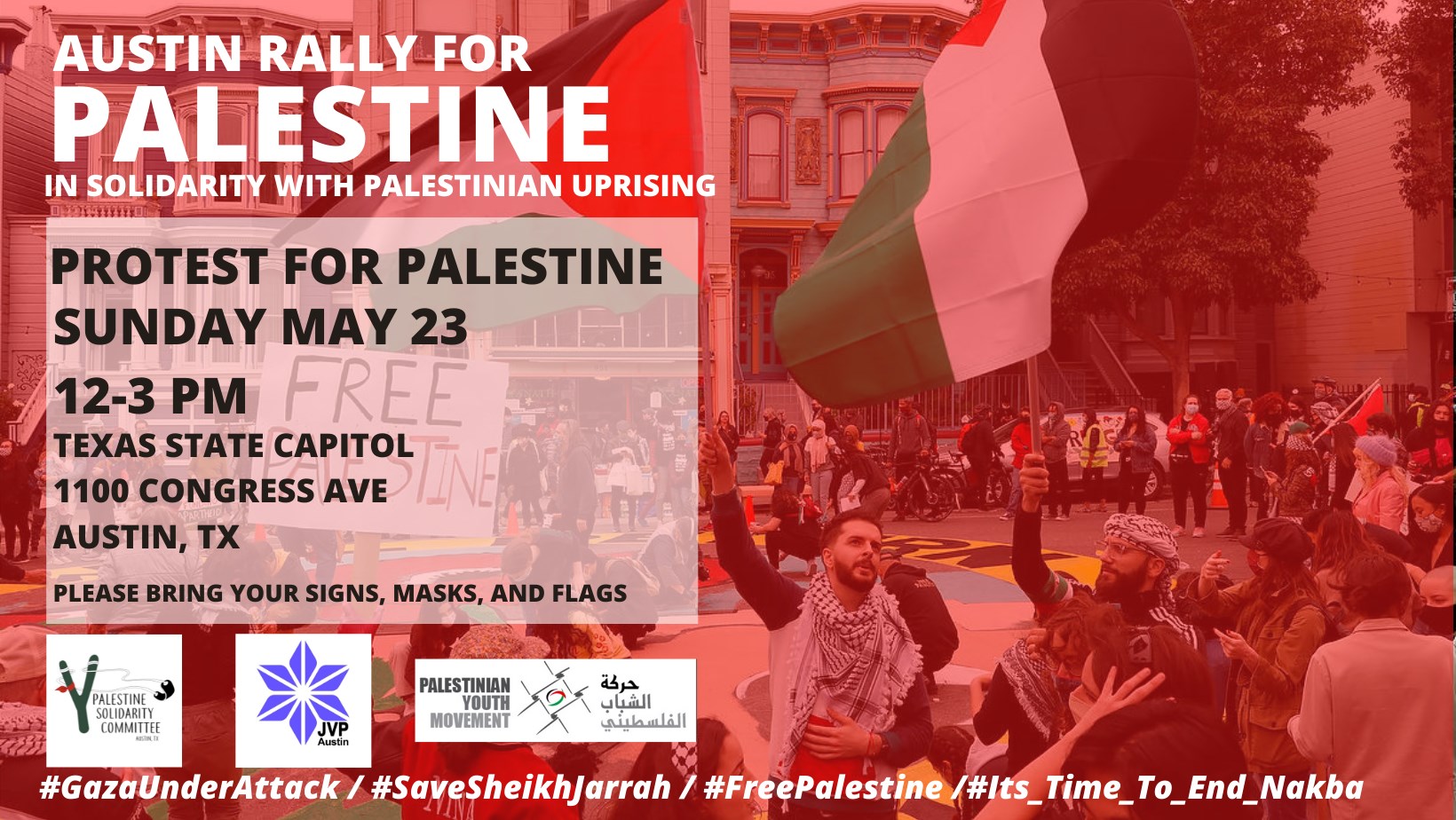 Gather at 12pm CDT on Sunday at the southern gates of the State Capitol on 11th st as we continue to demand an end to the Zionist occupation of Palestine and its aggression against our people.

As Palestinians continue to face ethnic cleansing and violence, we will keep showing up to maintain pressure and our resistance.

NOTE: Please be sure to wear a mask! Sanitizer will be provided. See you there!