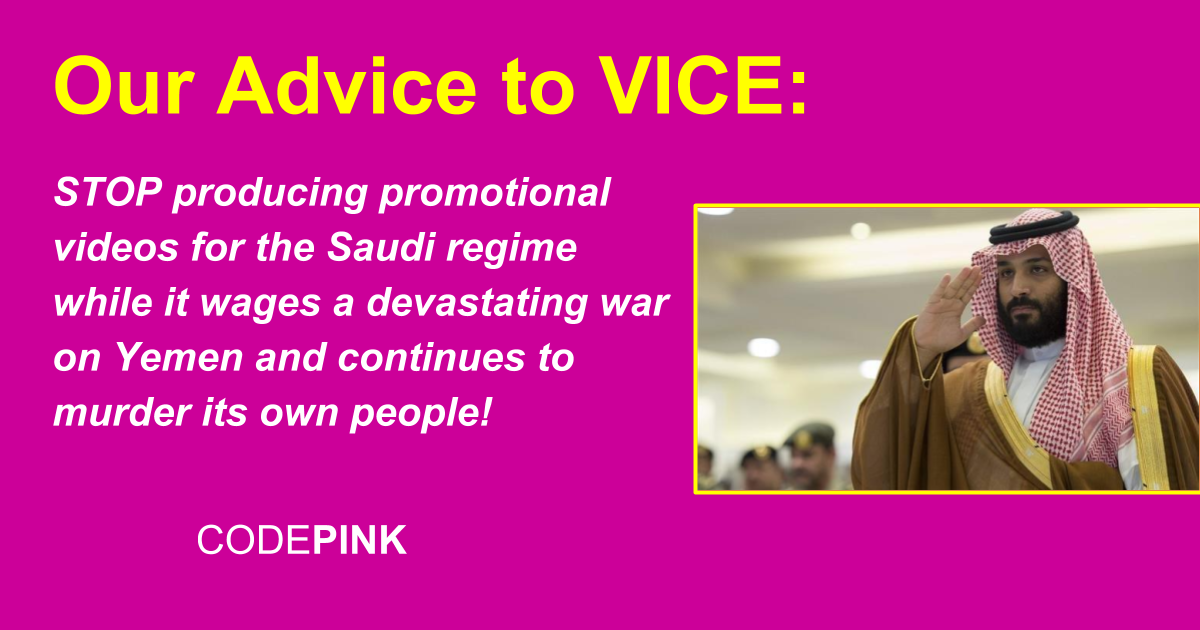 We are very concerned about your ongoing contract with the Saudi Research and Marketing Group (SRMG) to produce promotional documentaries of Saudi Arabia-- videos meant that overlook the repressive actions of the Saudi regime.

Earlier this month,  Washington Post reporter and Saudi citizen Jamal Khashoggi was killed and dismembered in the Saudi Embassy in Istanbul. This is only one of many recent atrocities committed by Saudi authorities. For more than three years , the regime—with the support of the U.S.—has led a catastrophic war on Yemen, which has killed thousands of civilians and displaced two million. The UN has called it the worst humanitarian crisis on the planet.

It’s clear that the Saudi regime does not care about human lives. Because of this, numerous  U.S. companies have already ended their contracts with the Saudi regime. We are asking you to do the same.

VICE’s relationship with SRMG indicates that you care more about making money than protecting human lives. We call on VICE to immediately cut all ties with the Saudi regime and demand that VICE co-founder Shane Smith end his personal relationship with the Crown Prince Mohammad bin Salman.

VICE prides itself on representing the counterculture, but there’s nothing countercultural about supporting the murderous Saudi regime. We ask that you cancel your contract with SRMG immediately.