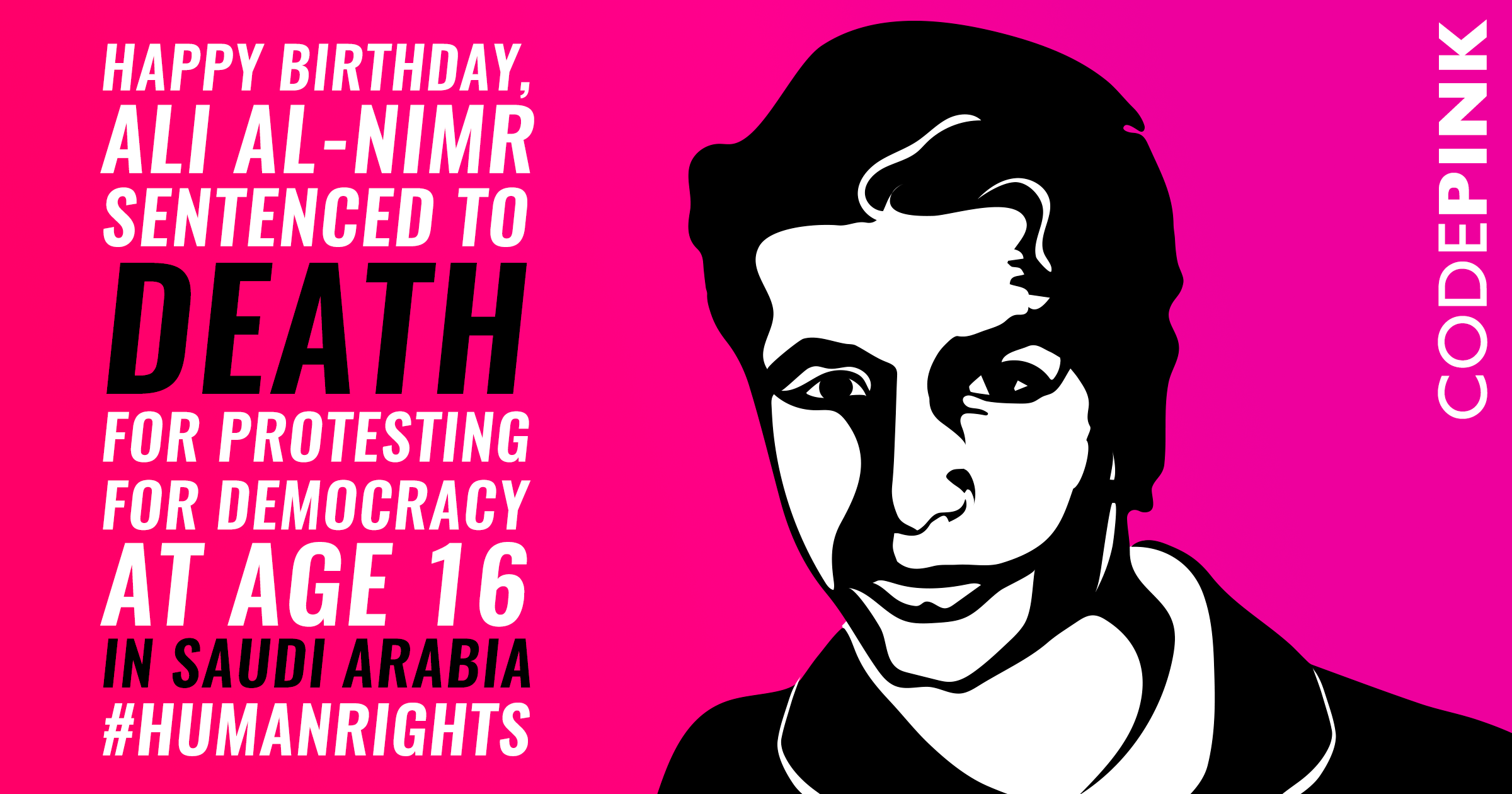 Following his peaceful participation in protests during the Arab Spring, Ali Mohammed Al-Nimr was arrested on February 14, 2012, at age 16. On May 27, 2014, he was sentenced to death by beheading and crucifixion.

Dawood Hussain Al Marhoon was first arrested on May 2012, at age 17, for protesting the government, but was released on the same day. When he did not cooperate with officials who wanted him to spy on other activists, he was re-arrested on May 23 and later sentenced to death on October 27, 2014.

Abdullah Al-Zaher was arrested at age 15 in March of 2013, after being shot at by Saudi security forces. During apprehension, he was violently attacked until he fell to the ground bleeding. He was then forced to sign a paper without reading it or consulting with his family during his interrogation. Al-Zaher was sentenced to death by beheading and crucifixion in September 2015.

Mujtaba Al Suweikat was detained at the airport on his way to come to Western Michigan University to study at the Business School. He was tortured into confessing and sentenced to death.

It is unconscionable that – even in the face of such a universally abhorrent action as condemning juveniles to death – the United States government still refuses to impose legally mandated sanctions against the Saudi government for their persecution of religious minorities.

In order to get Congress to act, we have a call to action based on the famous Arabian Night's story of Sheherazade where she saved the lives of many by telling 1001 stories

We are hoping that if we mail congress and senate 1001 letters in the spirit of Sheherazade telling Congress and the Senate the story of these boys, it will inspire them to act to save the lives of these heroes who peacefully protested for democracy and stop further executions in Saudi Arabia.