Tell Biden: Support the human rights and dignity of the Sahrawi people 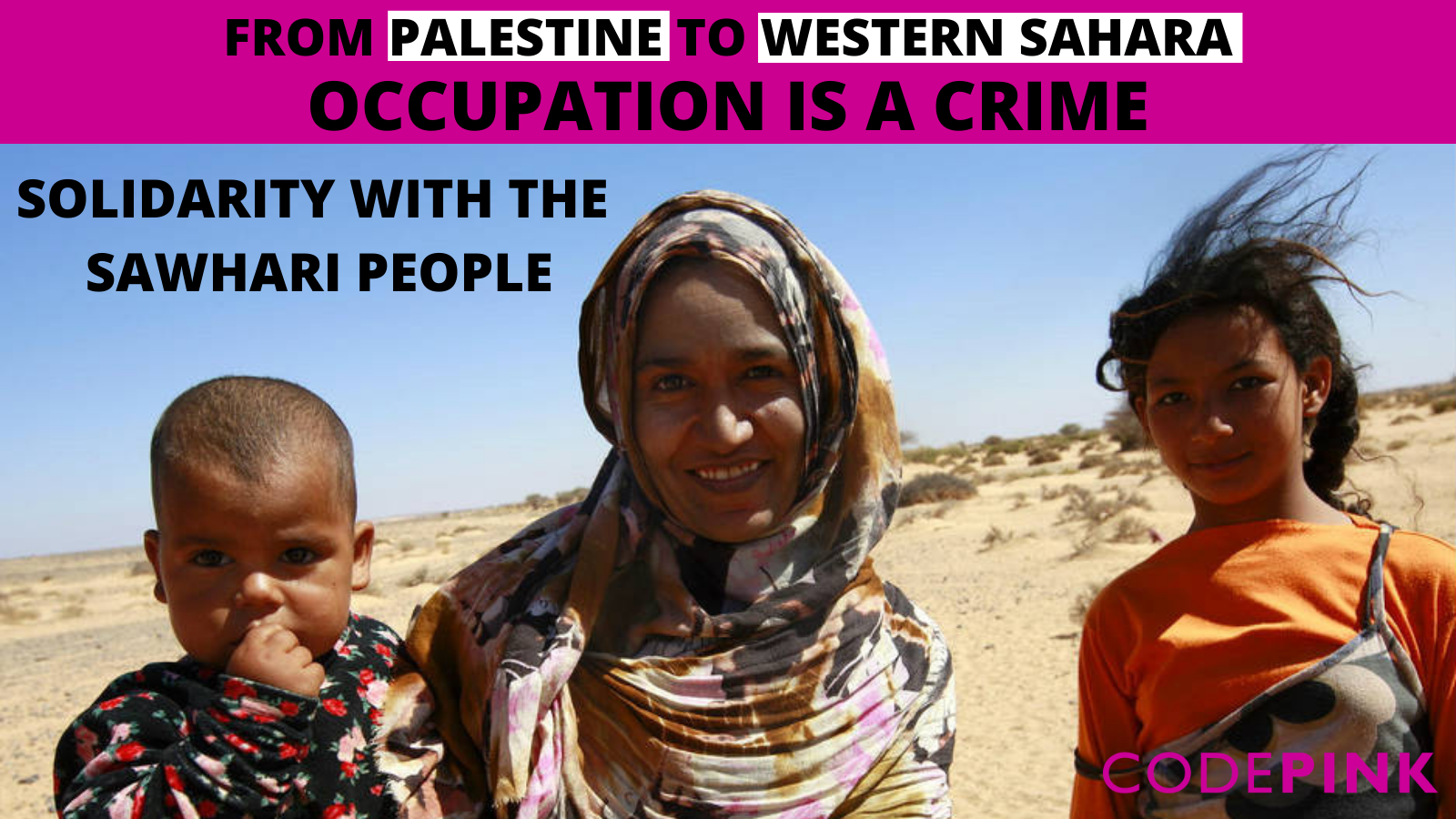 In exchange for normalizing relations with Israel, President Trump recently recognized Moroccan sovereignty over Western Sahara, perpetuating a military occupation and the oppression of the region’s indigenous Sahrawi people. He also reached a deal to sell $1 billion in weapons to Morocco. Tell Biden to reject colonialism and defend Sahrawi freedom!

We write to you with disappointment and anger over President Trump’s recent recognition of Western Sahara as Moroccan territory and subsequent $1 billion weapons sale to Morocco. We are calling on you to undo this decision, by executive order, once you take office. Please support the freedom and dignity of the Sahrawi people.

In a deal brokered by the Trump administration, Morocco recently became the fourth country this year to normalize relations with Israel. In exchange, the United States is recognizing Moroccan sovereignty over Western Sahara, making the U.S. the only country in the world to do so and cementing Morocco’s occupation of land that does not belong to them.

This is just the latest offense in a centuries-long history of oppression suffered by the Sahrawi people native to Western Sahara. After more than 200 years of occupation, Spain withdrew from the region in 1975 and split control of the land between Morocco and Mauritania — despite demands for independence from the Sahrawis. By 1979, Mauritania had relinquished power over the area, but Morocco maintained its iron grip through decades of brutal war. In 45 years of Moroccan rule, the Sahrawi people have endured endless oppression, including violent military occupation and the persecution of peaceful activists. Thousands have been forced to flee their homes and live their entire lives in refugee camps.

Last month, on November 13, the Moroccan army invaded the Al Guerguerat village in Western Sahara where around 60 peaceful Sahrawi, protestors had set up an encampment. After the military “successfully” dismantled the camp, Moroccan police launched a crackdown on the Sahrawi activists, including home raids, surveillance, and arrests. On November 30, just days before the Israel-Morocco normalization deal, Amnesty International called for a thorough investigation into human rights abuses in the region.

Western Sahara does not belong to Morocco, and it is not President Trump’s to give away. His claim that Western Sahara is Moroccan territory perpetuates the painful legacy of imperialism and colonialism in Africa. And by agreeing to sell $1 billion in weapons to Morocco, the US is directly funding the oppression of the Sahrawi people.

When you take office in January, please undo Trump’s recognition of Western Sahara as Moroccan territory. Please use the power of executive order to reject colonialism and support the rights and freedom of the Sahrawi. Thank you.