Tell #LyingLenderking To Tell the Truth About Yemen! 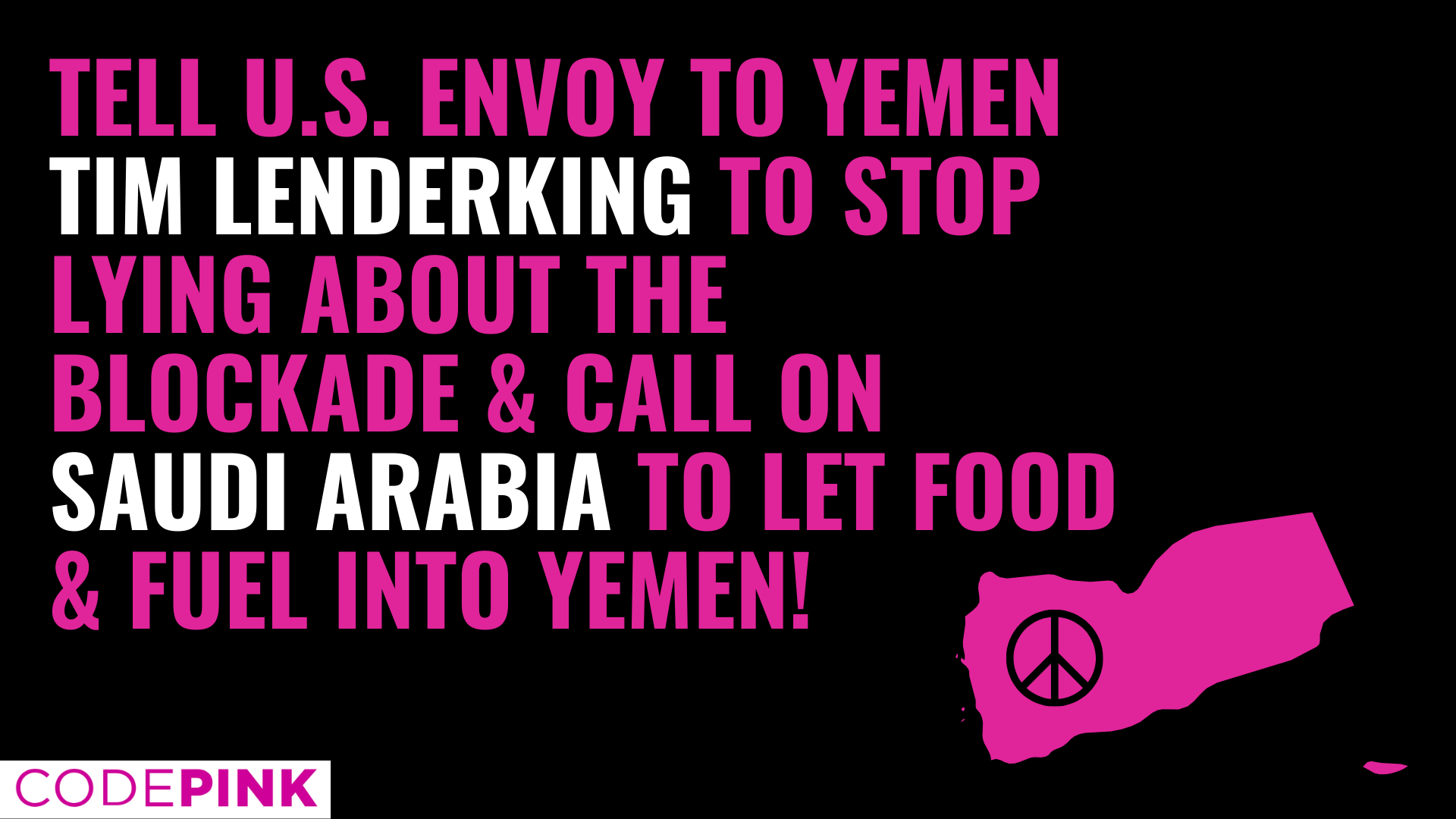 US Envoy to Yemen Tim Lenderking said that fuel and food are not being blocked from entering Yemen’s port of Hodeidah. We know that’s not true. How can we expect the envoy to be an honest broker if he is lying about the most basic realities of the crisis? Call on Lenderking to apologize, stop lying about the blockade, and tell the Saudi coalition to stop blockading Yemen!

We the undersigned, are appalled by your denial of the basic realities being experienced by Yemenis. In response to CNN’s coverage of the horrible blockade on Yemen, you told reporter Nima Elbagir that the fuel ships are not being blocked from entering the port of Hodeidah by the Saudi coalition and that food can enter freely through the port.

Neither of these things is true. Saudi Arabia controls the waterways around the Hodeidah port and has not allowed fuel ships to dock there since January 3. For over two months, fuel has not been able to pass through Hodeidah, which has led to devastating fuel shortages in Yemen. Already, Yemen’s healthcare system is running at 50%, and now healthcare facilities that rely on fuel for their generators risk losing power.

The CNN report on the blockade documented overrun hospitals filled with malnourished children. Clearly, your claim that food can enter the port without being blocked by Saudi ships is untrue. Millions of people in Yemen are on the brink of famine and have been for six years due to the Saudi blockade on the entire country. Currently, 2.3 million Yemeni children under the age of 5 are experiencing severe malnutrition. The CNN report made it impossible to deny that reality, and yet you still chose to do so.

The blockade has been well documented for six years now. The US Special Envoy to Yemen has a responsibility to be truthful about the situation. The largest contributor to the suffering in Yemen has been the land, air, and sea blockade that Saudi Arabia and its allies (including the United States) are imposing on the country and its people.

We are calling on you to apologize for completely mischaracterizing the reality of the blockade and make the truth known. We are also demanding that you call on Saudi Arabia’s leaders to end their cruel blockade on Yemen.

You cannot be an honest broker for peace in Yemen if you refuse to call Saudi Arabia out for its role in this war. Peace requires honesty, transparency, and justice. We expect you to be honest, transparent, and just in your efforts to end this war, and we look forward to your response to our call.