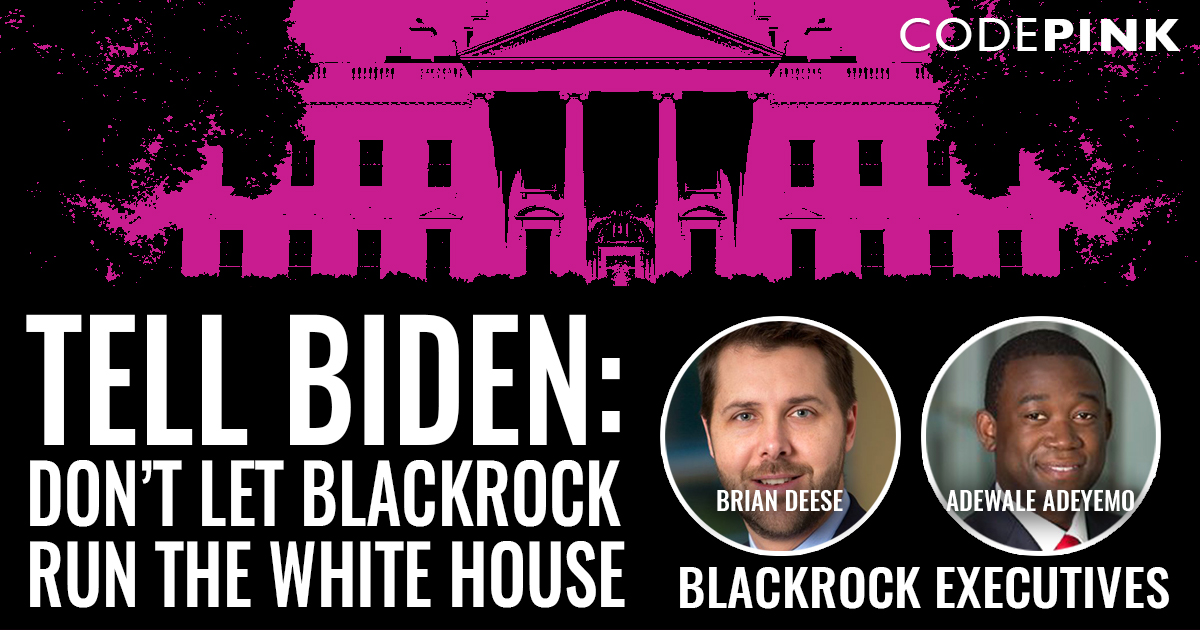 We urge you to reconsider Brian Deese as leader of the National Economic Council and Adewale Adeyemo as deputy Treasury secretary.

During their tenure at BlackRock, the company maintained significant stakes in weapons companies such as General Dynamics, Northrop Grumman, Boeing, Lockheed Martin, and Raytheon.

BlackRock gained profits from war and migration by investing in publicly traded weapons companies such as Lockheed Martin and General Dynamics, BlackRock holds a stake in the war that these companies supply and, therefore, profits from the conflict that drives people from their homes in desperation.

BlackRock CEO Larry Fink has close relations with the Saudi Crown Prince, who is responsible for leading a war on Yemen, imprisoning women's rights activists, and the murder of the Washington Post columnist Jamal Khashoggi.

Because Deese and Adeyemo did not act or speak up against BlackRock's war investments and its business relations with the violent Saudi regime, we feel they would not act in the publics' best interest when it comes to economics and foreign relations.

Mr. President-elect, we urge you to develop a cabinet that will uphold peace and human rights. We urge you to reconsider Brian Deese and Adewale Adeyemo as members of your new administration.