Members of the Congressional Progressive Caucus are supposed to be “fighting to rein in bloated Pentagon spending”.

Then why, according to a study by the Security Policy Reform Institute, did 27 members of the Congressional Progressive Caucus take thousands of dollars in campaign contributions from weapons companies and consistently vote to increase the Pentagon budget during the Trump administration? 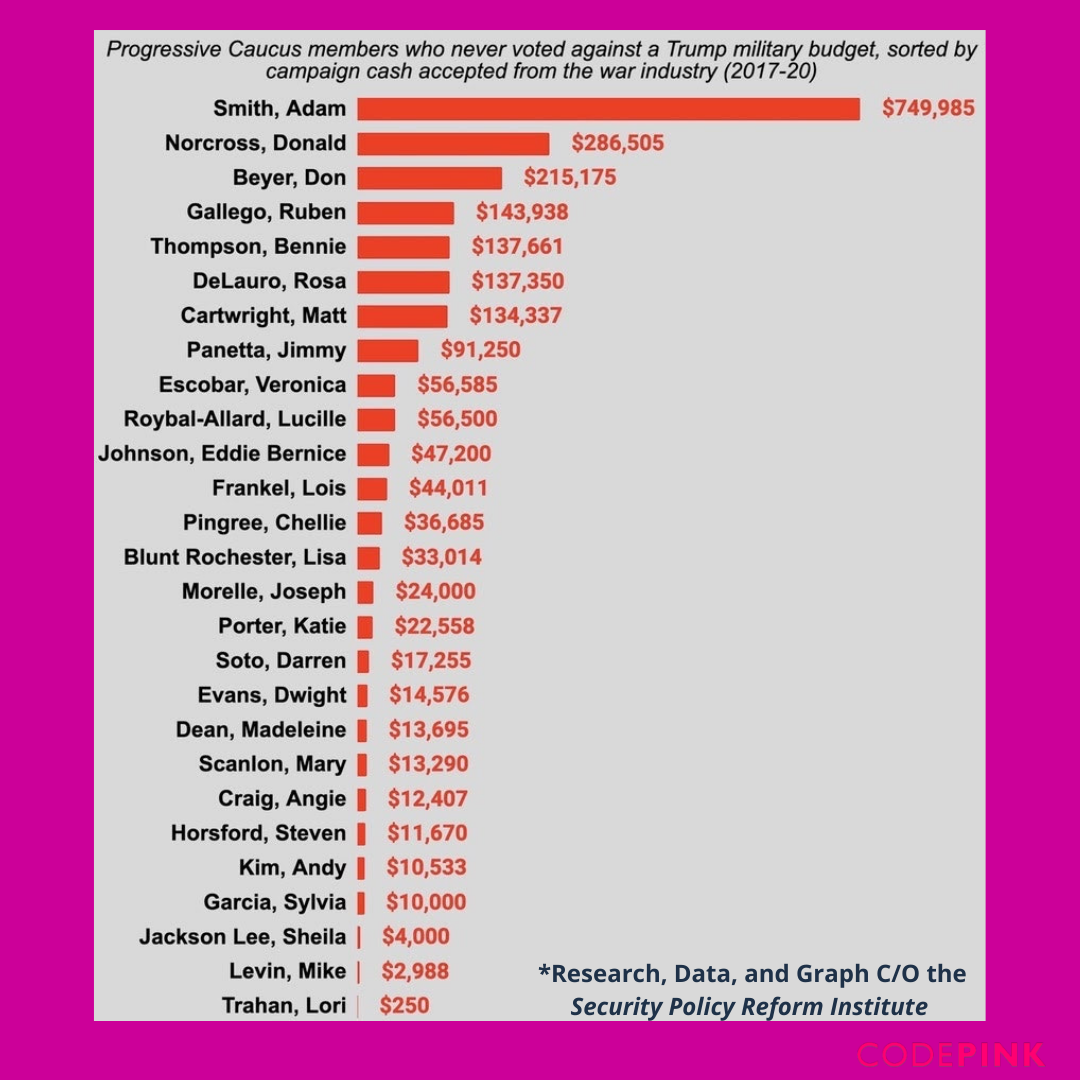 Taking campaign contributions from some of the largest weapons manufacturers in the world presents serious conflicts of interest because these companies rely heavily on defense spending that is approved by Congress for their revenue. Lockheed Martin, for example, receives over 70% of their annual revenue by securing Pentagon contracts-- which members of the Progressive Caucus must vote to approve or disapprove every year.

These weapons companies you take campaign contributions from literally make a killing on killing. In particular, Lockheed Martin has been directly implicated in providing weapons for the Saudi-led war on Yemen, including an incident in which a Lockheed Martin bomb killed 40 Yemeni school children and injured countless others. Raytheon Technologies has gone to great lengths to protect their bottom line, even if that means deliberately working against the will of the American people. After a poll showed that 82% of Americans agree Congress should end or decrease arms sales to Saudi Arabia, Congress was poised to pass a bill to end U.S. weapons sales to Saudi Arabia--until Raytheon hired a lobbyist to influence our representatives against such a move. This kind of behavior reveals that Raytheon and weapons companies that use taxpayer dollars are only concerned about their bottom line.

As someone who wants progressive leadership to prioritize slashing the Pentagon budget, ending forever wars, and prioritizing working Americans over corporate interests, this is a matter of utmost urgency.

I urge you to pledge to stop taking campaign contributions from weapons companies and prioritize peace in Congress!