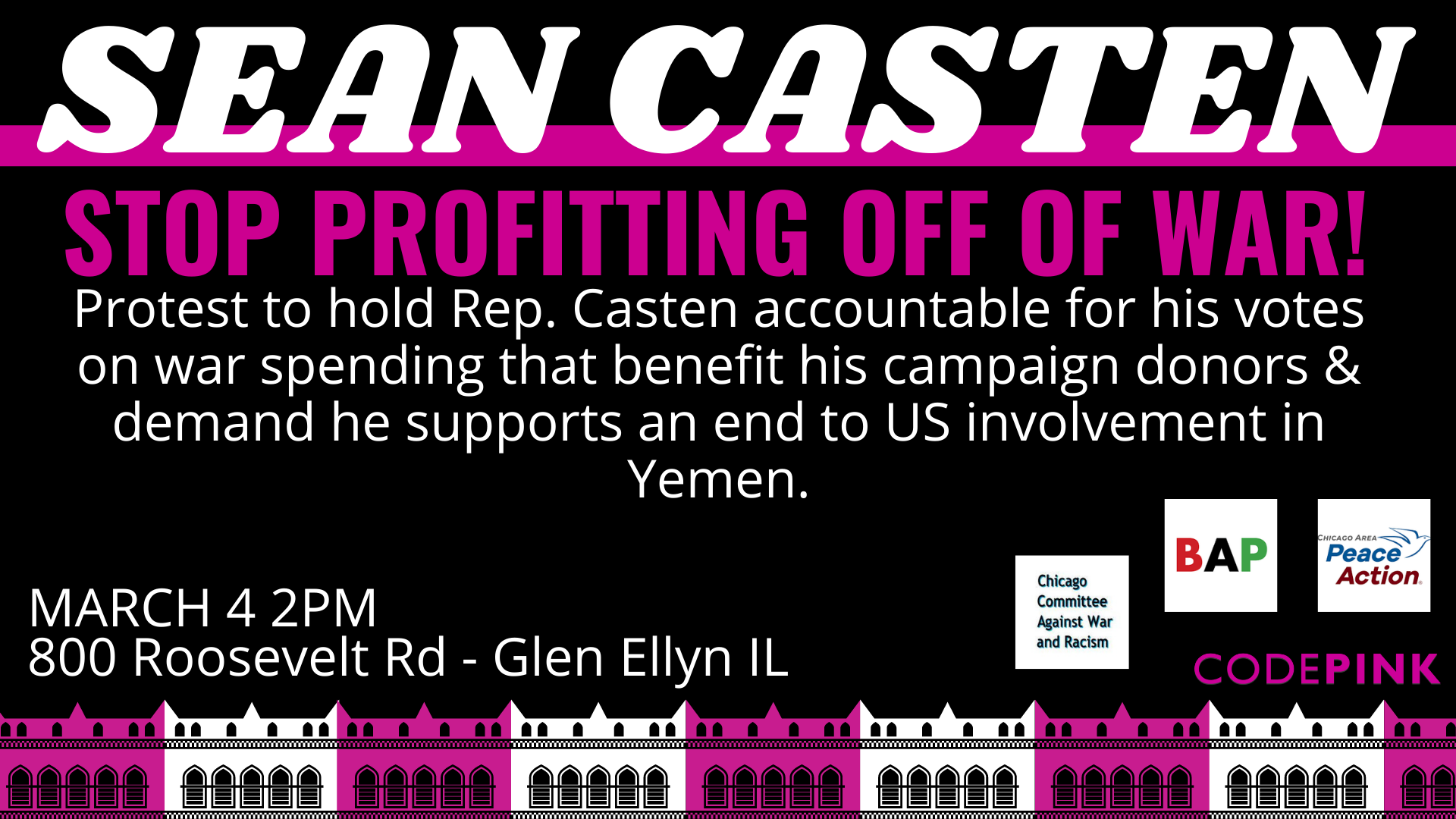 On March 4th, we will be rallying outside of Rep Sean Casten's office in Glen Ellyn calling him out for his votes to increase Pentagon spending - a move that benefits his campaign donors like Northrop Grumman. We will be in front of his office with the big checks written to him by war profiteers and joining the national calls for a War Powers Resolution for Yemen. Help us hold Rep. Casten accountable!