No troops to Haiti! 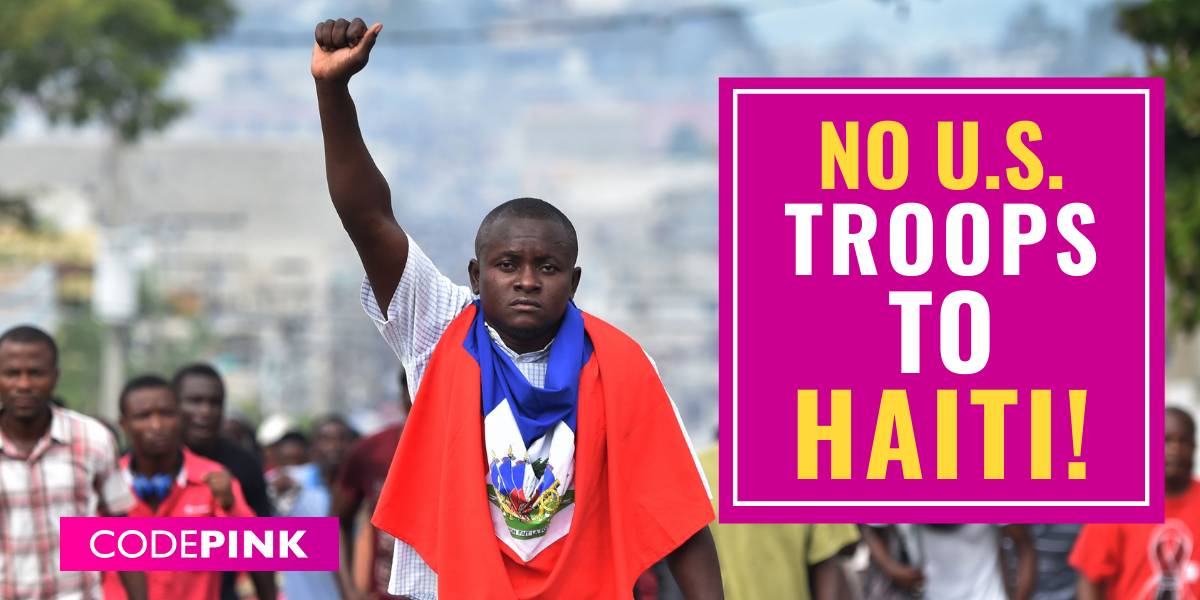 Haitian president Jovenel Moïse was murdered by mercenaries on July 7 and the new de facto leader has asked the U.S. to send troops! Tell the U.S.: No military intervention in Haiti!

The call from de facto president Claude Joseph for U.S. troops to be deployed into Haiti should be rejected. Haiti faces a delicate and unstable situation, but a U.S. military occupation of the country will make matters worse.

When the United Nations sent “peacekeeping missions” to Haiti, it caused a cholera outbreak that killed 30,000 people. It also led to dozens of cases of sexual exploitation and abuse. The Haitian people denounced these abuses and the occupation for years and they do not want a new occupation now.

Moreover, Claude Joseph lacks the legitimacy to speak for the Haitian people. Days before the assassination of Moïse, he had been fired as Prime Minister. Furthermore, he never received the required approval of the Haitian Parliament to carry out that position in the first place. He was actually appointed by Moïse months after Moïse’s presidential term ended in February 2021! Just as there were no legal or moral grounds for the U.S.to recognize Moïse as president then, there are no grounds now to recognize Joseph as the new president.

The brutal assassination of former president Moïse should not be used as a pretext for military intervention in Haiti. The U.S. must respect the sovereignty and self-determination of the Haitian people. Only they have the authority and capability to resolve their internal problems and determine their future.

Do not send U.S. troops to Haiti!

In solidarity with the people of Haiti,