Restore and Expand USAID to Yemen! 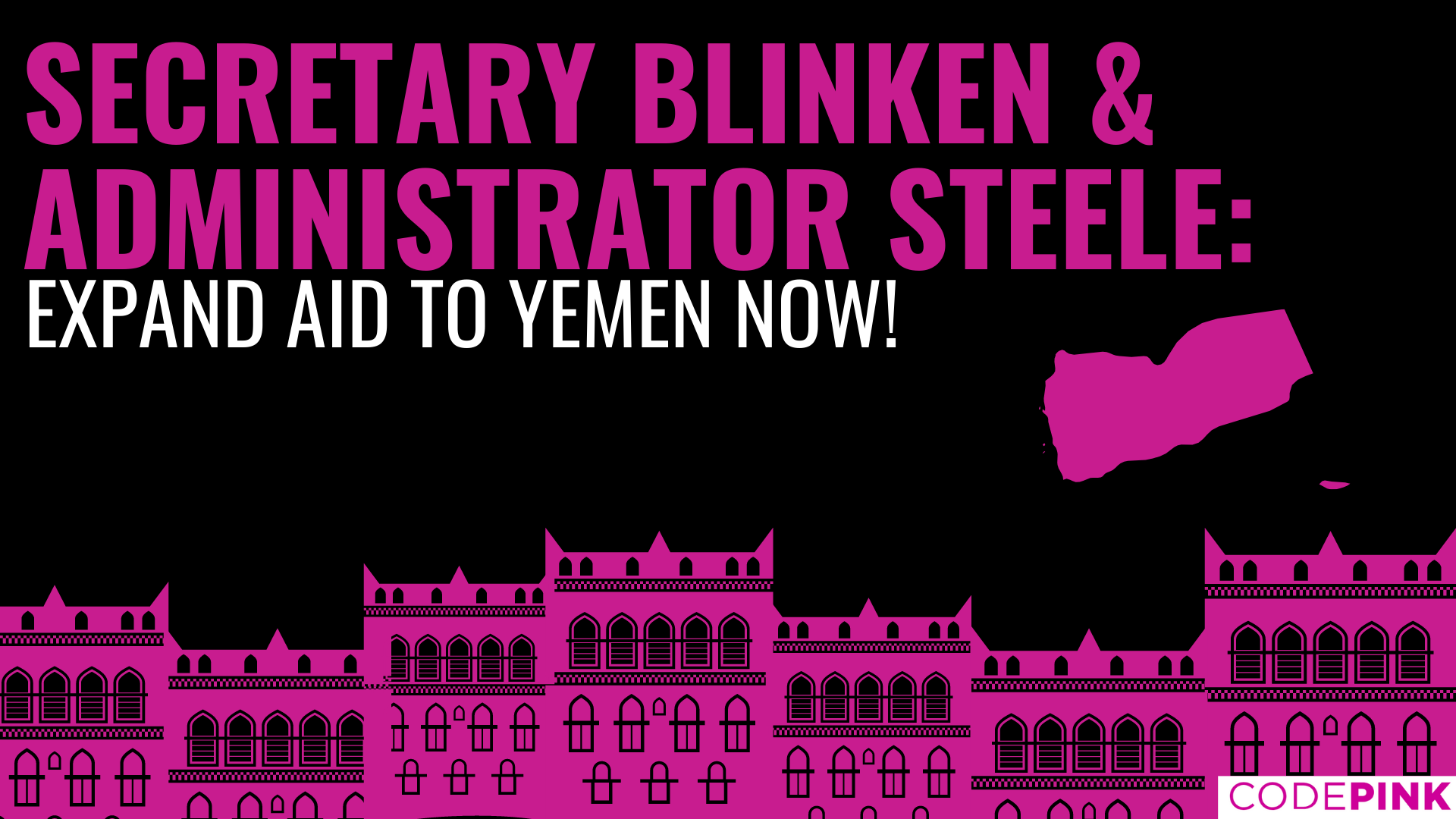 Call on the United States to expand humanitarian pledges to Yemen.

On Monday, March 1st, Sweden and Switzerland hosted a donor conference for Yemen with the goal of raising $3.8 billion in humanitarian aid. The United States had a direct role in creating the humanitarian crisis in Yemen and has the duty to provide ample relief. We, the undersigned, ask that the United States dramatically increases aid to Yemen. The conference was hoping that the U.S. would pledge $1 billion towards the goal. Oxfam’s Fair Assessment said that the U.S. should pledge $1.2 billion. At the conference, the U.S. only pledged $191 million in additional aid, which brought the U.S. aid total to $350 million. It is shameful that the United States has manufactured bombs to destroy Yemen, but fails to pledge a sufficient amount in humanitarian aid.

Yemen needs billions of dollars in humanitarian assistance. The USAID funding that was cut off to 80% of Yemen in 2020 and was recently restored does not even scratch the surface of relief for Yemenis who are suffering from hunger and illness. However, the restoration of aid sets a key example for other nations and shows the world that the United States is dedicated to giving Yemen the funding it needs.

However, the $73 million in USAID funding that was restored is not even close to the amount the United States has an obligation to pay. In the early years of the Saudi-led war on Yemen, the United States refueled Saudi jets midair. The United States sold billions in weapons to the Saudi military and also aided in intelligence sharing and military training.

Saudi Arabia first bombed Yemen almost six years ago, and the United States, up until only a few weeks ago, has been a steadfast ally to these relentless attacks. The United States helped create the largest humanitarian crisis on earth and has the responsibility to pay for Yemen’s recovery if it is serious about peace. Pledging at least $1.2 billion would be an appropriate place to start.

We look forward to seeing how you choose to implement these demands.