While Clinching Deals With Communist China, Trump Cracks Down on Trade and Travel to Cuba 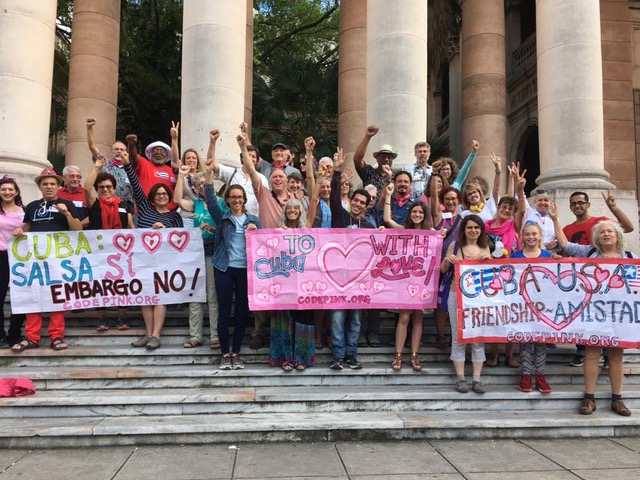 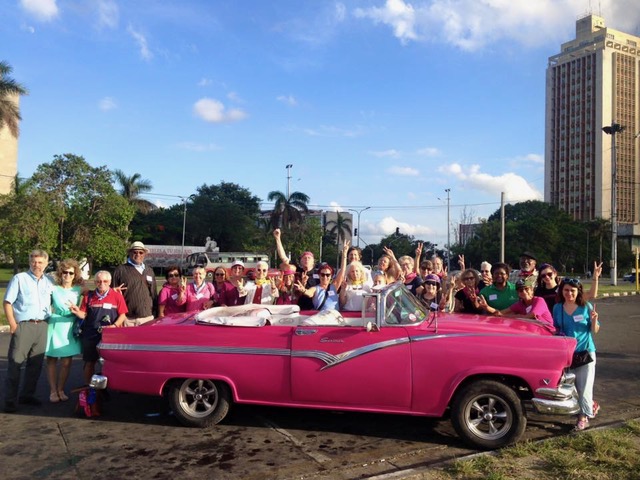 On Wednesday, November 8, just as President Trump was clinching new business deals with the repressive Communist government of China, the Trump administration announced its new rules rolling back President Obama’s opening with Cuba. The new regulations restricting travel and trade with the Caribbean island will make it once again illegal for Americans to travel to Cuba without a special license from the Treasury Department and will dramatically reduce the number of Americans traveling there.

The regulations, which include a list of 180 banned entities, are supposed to punish hotels, stores and other businesses tied to the Cuban military and instead direct economic activity toward businesses controlled by regular Cuban citizens. But during our visit to the island on a 40-person delegation organized by the peace group CODEPINK, we found that Cuba’s small private businesses, the very sector that the Trump administration wants to encourage, are already feeling the blow. 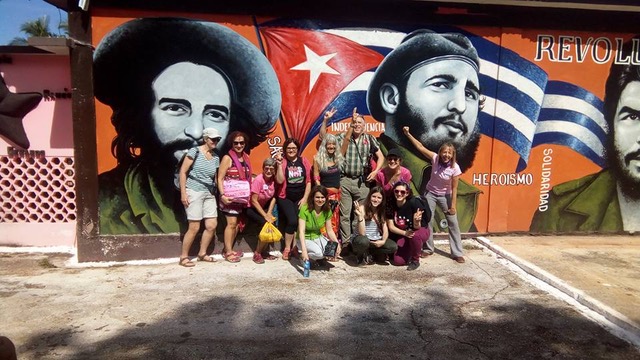 In 2014 President Obama announced a new opening with Cuba. While the U.S. sanctions imposed on the island following the 1959 revolution can only be lifted by Congress, Obama used his executive power to renew diplomatic relations and relax restrictions on travel and trade. Cuba, which already has a large tourist sector with guests from Europe and Canada, geared up for a “tsunami” of American visitors coming on newly authorized commercial flights and cruise ships.

The Obama policy of engagement coincided with a new Cuban policy of allowing Cubans to leave their miserably paid state jobs to try their hand at starting up their own small businesses. Hundreds of thousands of Cubans jumped at the opportunity, many flocking to businesses catering to tourists. Cuba became the fastest growing site for AirBnB, as thousands of Cuban families spruced up extra bedrooms in their homes to accommodate foreign guests. Others took their life savings, or borrowed money from relatives abroad, to open small restaurants in their homes called paladares.

All over downtown Havana, we saw signs of this small business renaissance, with refurbished rooms for rent and boutique eateries boasting live salsa music and high-quality meals for about $10. State-run hotels and restaurants, notorious for bad food and bad service, now face competition from well-run, family businesses.

While Trump’s roll back of Obama’s opening just went into effect, he announced his plans back in June before a crowd of hardline anti-Communist Cuban-Americans. Then in September came another setback for U.S.-Cuba relations, when the United States said that US personnel in Cuba had been subjected to mysterious sonic attacks that affected the health of 24 diplomats. The U. S. government withdrew non-essential personnel and diplomat family members from the US Embassy in Havana. On September 29, the State Department put out a “Cuba Travel Warning.” It said that because the U.S. Embassy employees’ safety was at risk and the U.S. had been unable to identify the source of the attacks, “we believe U.S. citizens may also be at risk and warm them not to travel to Cuba.”

All the Cubans we talked to thought the sonic attack was a bunch of baloney. From taxi drivers to government officials to dissidents, Cubans told our group that the whole episode was concocted to justify turning back the clock on Obama’s détente with Cuba. “Maybe they had hearing losses because the reggaeton music here is so loud,” joked one taxi driver. “But to say Cuba is unsafe is a lie. Cuba is the safest country in the world. You can walk around here alone at 2a.m. in the morning and no one will bother you.”

Between the new restrictions and the travel warning, Cuba’s burgeoning private sector has already felt what Cubans call “the Trump effect.” Jose Colome, owner of Starbien private restaurant in Havana that employs 35 people, shook his head in disgust. “We had 48 reservations from US tourist groups booked in the past three months; 30 of them cancelled. “

Proximity Cuba, a travel agency catering to U.S. university groups, lost half its business in one fell swoop. “We had developed wonderful programs for U.S. students in Cuba. Suddenly, the administrators read the travel warning, and got cold feet and cancelled,” said Proximity Cuba’s Director Rodrigo Gonzalez.

Even the non-tourist sector is feeling the effects. The agricultural cooperative we visited in Artemisa province was anxious to purchase US tractors to replace their ancient Russian models, but now worry that the deal will fall through. “It is only natural for us to buy agricultural inputs from the US market 90 miles away,” said Maria del Carmen of the National Association of Small Farmers. “Trump’s policies and the continuing blockade of Cuba are hurting our farmers.”

On November I, for the 26th year in a row, the UN General Assembly voted overwhelmingly to condemn the US embargo against Cuba. The vote this year was 191 nations against the embargo vs two in favor: the United States and Israel. The embargo, which was first imposed in the 1960s, is seen by the overwhelming majority of the world’s nations as an outdated and failed foreign policy that has only served to punish the Cuban people and isolate the United States internationally.

Just before the UN vote, ten U.S. Senators, led by Senator Patrick Leahy (D-VT), sent a letter to President Trump saying: “Our failed embargo against Cuba has been repeatedly and publicly condemned by the international community as ineffective and harmful to the people of Cuba.  The longer we maintain this outdated Cold War policy the more our international and regional credibility suffers. The overwhelming majority of Americans, including Cuban-Americans, and Cubans, including Cuban entrepreneurs and many dissidents, oppose the embargo and favor engagement of the United States with Cuba.”

“The United States is punishing Cuba because it says our government is undemocratic,” Dr, Aduabez Tabiada Zamora, a member of Cuba’s National Assembly, told our group. “Yet year after year, the entire world community condemns this mean-spirited policy. Is that democratic?”

The reversal of the Cuba opening is a victory for a small handful of southern Florida officials like Senator Marco Rubio and a small group of Cuban-Americans, but it is a major blow for diplomacy, people-to-people ties, and most of all, Cuba’s new private businesses.