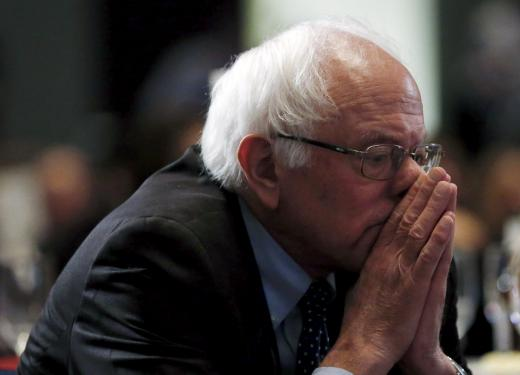 Bernie Sanders has surprised many by gathering large crowds during his campaign rallies and attracting many young voters who are interested in his policies. As the longest serving independent member of Congress, Sanders has long advocated for jobs, including raising the minimum wage, and for diminishing Wall Street’s power. But while much has been said about his domestic policies and his democratic-socialist views, it still unclear where the Senator stands on some key foreign policy issues.

Perhaps the best-known stand Sanders has taken was before the 2003 intervention in Iraq, when, despite strong pressure to support the war, Sanders voted against military intervention. This is something that brings Bernie Sanders a lot of pride today, and is mentioned time and time again in his interviews and media appearances. But despite voting “no” to starting the war, the Senator later voted in favor of authorizing funds for the wars in both Iraq and Afghanistan, allowing the wars to drag on for as long as they have, costing the American taxpayer trillions of dollars that could have been used for the domestic programs Sanders supports.

During his time in Congress the Senator also became known for his stance on the military budget. During 2014, Sanders opposed passing a $585 billion bill authorizing Pentagon spending and earlier this year opposed another budget package that would raise defense spending caps, sarcastically commenting that he was not surprised by the GOP’s desire to cut public services such as education and Medicare and increase military spending, even though the United States already spends more than “almost the rest of the world combined”. Unfortunately, Sanders has not commented on the issue during his campaign, having said nothing about cutting the military budget ever since he announced his candidacy in April. Voters are left to wonder if he is serious about changing it.

Voters also raised concerns about Sanders commitment to cut down on military spending when he allowed and supported F-35 fighter jets being stationed in Burlington, VT. The outrageously expensive F-35 program costs $1.2 trillion dollars throughout its lifetime, money that could easily finance Sanders’ domestic policies, such as free college education. The jets are controversial not only for their exorbitant cost but also for not being efficient or innovative, as they could be replaced soon. The idea that Sanders opposes wasteful spending in the Defense Department but condones unnecessary billion-dollar jets is too contradictory to be ignored.

Sanders' views on the Israeli-Palestinian conflict have also raised concern among some of his supporters. In the past, the Senator has advocated for Israel’s right to defend itself from Hamas and justified the killings of thousands of Palestinian civilians in name of self-defense, even if “heavy handed.” In a video at a Town Hall meeting in August 2014, Sanders, confronted by a constituent unhappy with his support for Israel, told the questioner to “shut up.” But a video published on July 28 by Real Clear Politics shows a more conciliatory Sanders saying it is important to work for a two-state approach that allows Palestinians to enjoy a decent standard of living, something he acknowledged is not case at present. More importantly however, he claims his long-term solution would be to provide economic aid for Israel and Egypt instead of the military assistance the US provides.

An issue that Sanders has tackled numerous times in Congress is Veterans Affairs. The Senator has tried to bring attention to the harm done, both physical and mental, to American veterans. He has supported different bills that address the issue of PTSD and suicide among Veterans and has worked to maintain their benefits. He explains that helping veterans also means sending fewer people to quagmires in the Middle East.

Sanders has repeatedly asked why countries such as Saudi Arabia or Kuwait are not handling ISIS with their own military (that consists of trillions of dollars worth of American weaponry), but are counting on America’s initiative and increased participation. He says the United States needs to focus on domestic issues first before sending more troops to other regions of the world.

In relation to drones— a controversial topic ever since Obama started his drone campaign in the Middle East—Sanders does not seem to have a very clear opinion. In an interview for Playboy in 2013, when asked about the topic he declares “drone attacks that kill innocent people are immoral and create an enormous amount of anti-Americanism.” The Senator has also opposed bills for the aerial campaign against ISIS in Syria and Iraq, mentioning that he would not support risking American lives to protect Saudi Arabia. However, he has not said anything about this since he began his presidential campaign.

The recent issue being hotly debated in Congress, however, is the Iran Deal, and Bernie Sanders has been explicit on his position from the beginning of his campaign. He applauds President Obama and Secretary of State John Kerry for brokering this deal and taking an important step towards diplomacy. Sanders says that voting on whether or not to go to war is the most important and hardest decision any congressman will make during his career and that before making the decision it is vital to exhaust every other possible solution.

Sanders offers a perspective on foreign policy far better than other hawkish candidates who have insisted on going to war despite the abysmal failure of previous similar actions. While many presidential candidates believe that fear-mongering is an easy way to earn votes, Sanders keeps it realistic by stating: “Global warming is a far more serious problem than Al Qaeda.”

Unfortunately, Sanders has been saying very little on the campaign trail about foreign policy and the Pentagon budget. Criticized for not talking about issues affecting the black community, Sanders has begun incorporating a racial perspective into his speeches. But he has yet to talk about the military-industrial complex and explain to the public that cutting the military budget is key to funding his domestic agenda.

Lia Bastos is a student at Pennsylvania State University and an intern in the CODEPINK Washington, DC office. She is from Sao Paulo, Brazil.