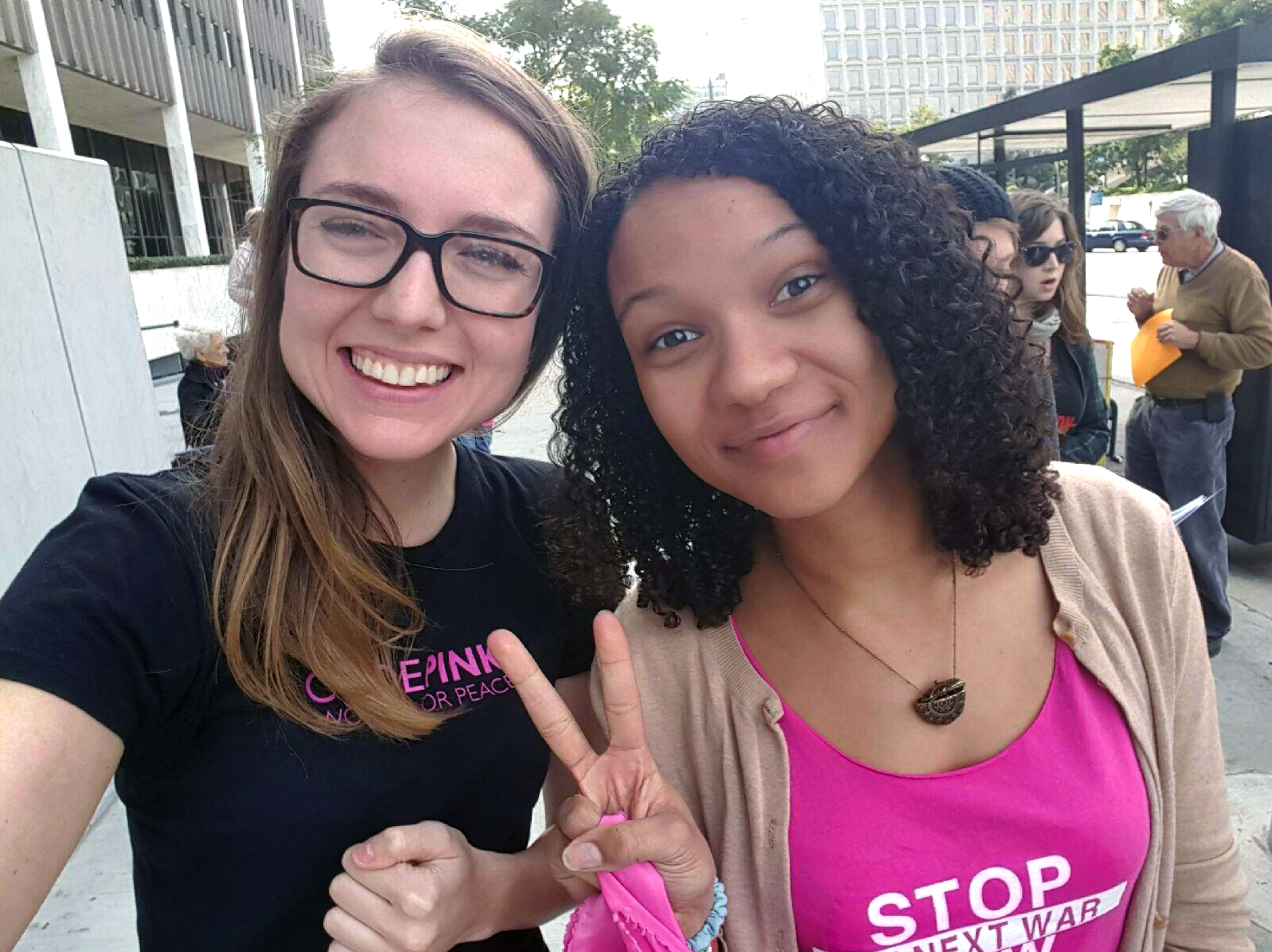 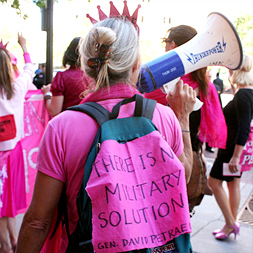 CODEPINK national is on Facebook. “Like” our page to receive our status updates in your news feed.

You can also start a public page for your own CODEPINK local group, campaign or fundraising project; anyone who is interested in your local group or campaign can “like” your page to receive updates about current and upcoming actions. Please do NOT use your CODEPINK Facebook page for your own personal business. A Facebook group for your local CODEPINK group can facilitate online discussions between members and is different from a page. Add other CODEPINK activists as friends and share photos, videos, and links to start online (and offline) discussions. For ideas on how to use Facebook in activism, please read this blog by Maine codepinker Lisa Savage.

CODEPINK national and many local groups and individual activists are on Twitter. Follow @codepink and our campaigns such as @boycottahava, @exposewarcrimes, and more. You can also follow our staff - see their twitter handles here.

Twitter is great practice for being succinct, since posts—“tweets”—can't exceed 140 characters in length. If you see a tweet you like, you can re-tweet (RT) it to your own followers. You can also modify your re-tweets (MT). Hashtags are another way to participate in discussions of topics using keywords: #codepink, #nodrones, #NOwar. While there is no recommended maximum number of tweets per day, it is generally a good idea to space your tweets by about 30 minutes, especially if they are on the same topic.

You can't always fit your thoughts in 140 characters, so -- start a blog! There are several free blog services online, including Blogspot, Wordpress, and many others. You can also post comments on other people's blogs. CODEPINK's blog, PinkTank, is here.

YouTube is a popular site for uploading videos. CODEPINK's channel is here: https://www.youtube.com/user/codepinkaction

It's a great idea to use one form of social media to draw attention to content that has been posted on another. For example, if you see a link on Twitter that gets you fired up, you can write about it on your own blog, and then post a link to your blog post on Facebook!

Here are a few tips for a successful online discussion group.