Tell Congress to vote NO to escalating the war in Ukraine 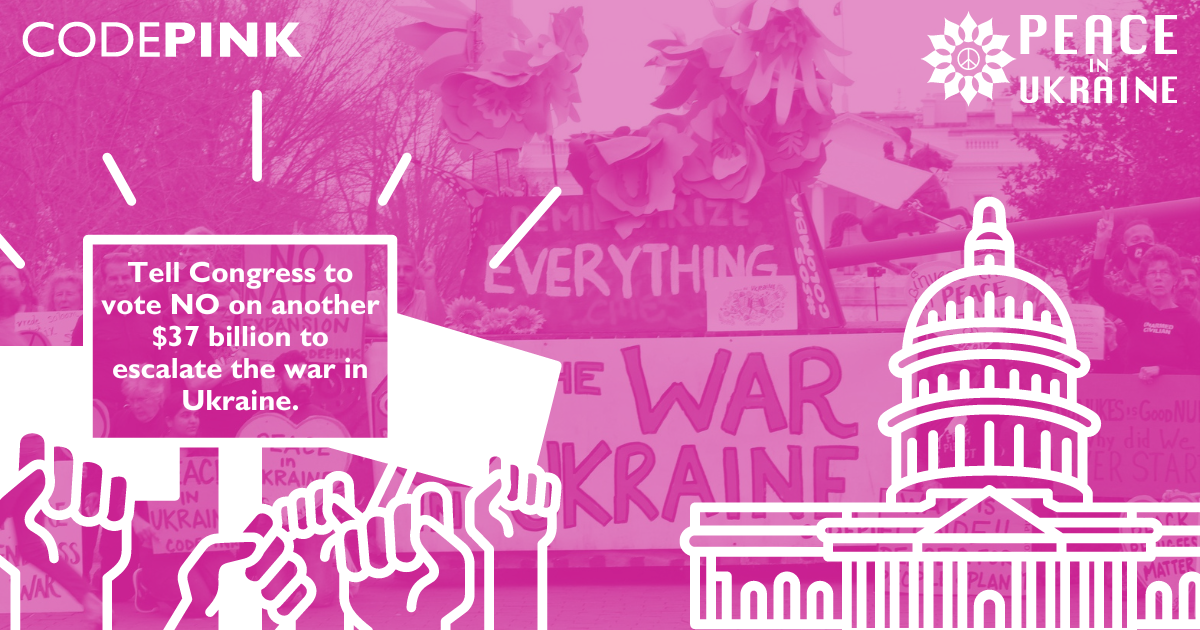 Politicians in Congress will soon rush legislation to spend another $37 billion, with $22 billion for weapons, on the war in Ukraine. This massive war funding will be voted on in a lame-duck Congress before the people just elected can vote.

Tell your House and Senate reps to vote NO on more money to escalate a war that threatens further climate chaos, skyrocketing inflation, world hunger and, most disturbingly, nuclear annihilation! We need a ceasefire and peace negotiations, not escalation that could lead to WWIII.