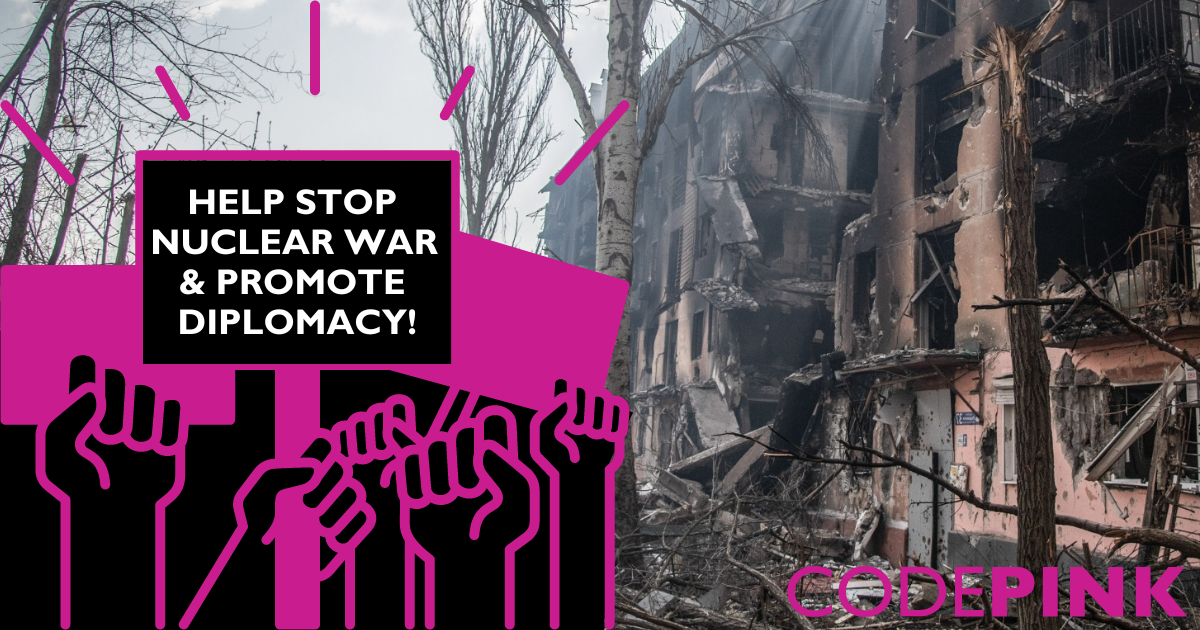 Sign your name on the petition below to support negotiations–not more weapons–to resolve the crisis in Ukraine.

As peace-loving citizens of the world, we urge you to support an immediate ceasefire and negotiated peace in Ukraine.

We do not have to sleepwalk into endless war or worse—a nuclear war with Russia.

Skeptics argue there’s no point in trying to negotiate with Russia President Vladamir Putin because he’s not interested in peace talks. In a recent speech, however, Putin said he wanted Ukraine and Russia to immediately return to the negotiating table. If Ukraine and Russia can negotiate the flow of grain exports out of the Black Sea, international inspections of a nuclear reactor and prisoner exchanges, the two countries can negotiate an end to this disastrous war–provided the US and NATO do not torpedo the negotiations with promises of more and more weapons and talk of weakening Russia for regime change.

Regime change wars have not worked out in the past. Think Iraq or Afghanistan or Libya.

What are our choices in Ukraine? One is endless war with continued death and destruction, skyrocketing inflation, global hunger, and dress rehearsals for nuclear annihilation.

The other is a ceasefire and negotiated settlement in which all parties make compromises for the safety and security of the world.