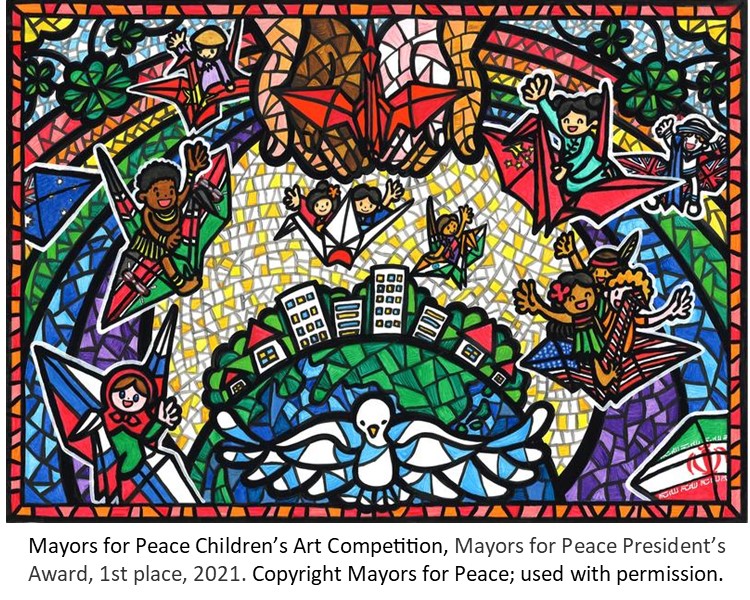 Join United for Peace and Justice and CODEPINK this next Wednesday, 9/21, from 5-6:30pm PT/8-9:30pm ET for a powerful webinar commemorating this year's International Day of Peace!

Vernita Pearl Fort, a former United States diplomat, an Evolutionary Systems Ecologist, Political Economist, and Democracy Research Scholar at the University of Illinois Global Institute, Urbana-Champaign. Vernita also serves on the Board of the Center for United Nations Constitutional Research. The title of her current work and manuscript-in-progress is: “The Africana World and Regenerative Global Democracy: Transforming the United Nations and the International Order through the Arts of Transitional Justice.”

Dr. Vincent Intondi, author of “African Americans Against the Bomb: Nuclear Weapons, Colonialism, and the Black Freedom Movement,” is a leading authority on the intersection of race and nuclear weapons. Dr. Intondi is a professor at Montgomery College (MC) in Takoma Park, Maryland, where he teaches U.S. and African American history and directs MC’s Institute for Race, Justice, and Civic Engagement.

George Friday, UFPJ’s National Organizer, grew up in a rural low-income community in North Carolina in the 60s. She holds degrees in Political Science, Economics, and African American Studies from the University of North Carolina in Chapel Hill. George is a Board member of Peace Action, co-founder of the Black Liberation Caucus of WILPF, and on the NC and National Coordinating Committees for the Poor People’s Campaign; a Call for Moral Revival.

*By registering, you are signing up to join the CODEPINK and United for Peace and Justice email lists.