Turkey’s Renewed War on the Kurds 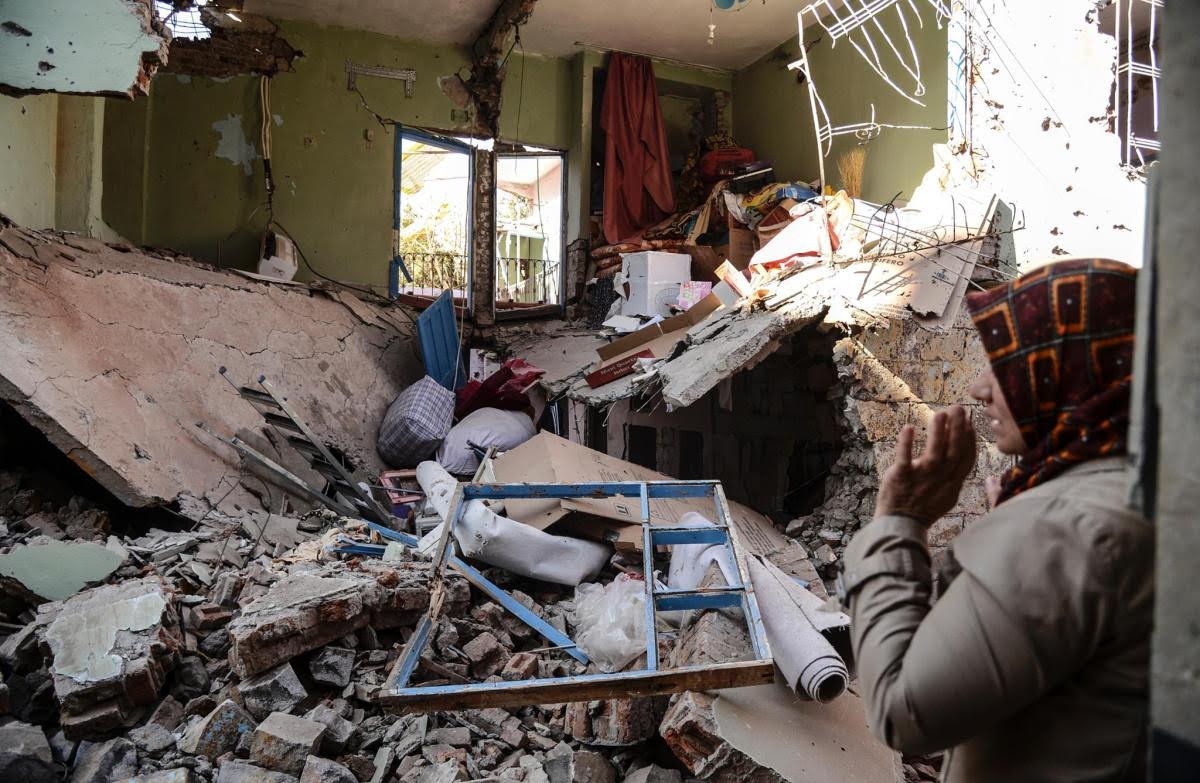 Since Erdoğan’s AKP lost its super-majority in the June 2015 elections, when the progressive, pro-Kurdish HDP party crossed the 10% threshold to be seated in Parliament, the situation in Turkey’s Kurdish region has deteriorated. The peace process that had been initiated in 2013 is now in shambles. Noam Chomsky described it thus: ‘The responsibility for the present self-inflicted crisis in the country must lie squarely with Erdoğan, who perceives the Kurds—whether it is the HDP [the pro-Kurdish, left-leaning party which gained 81 seats at the last election], the PYD in Syria or the PKK [the separatist Kurdish Workers’ Party]—as obstacles to his plan to establish supreme rule for the Turkish presidency.’

It is beyond my expertise and the scope of this post to analyze the complicated underlying political maneuvering that gave rise to the new round of violence—with many of the involved political actors playing double and triple games. My focus here is on the way that the Turkish government’s renewed war against PKK has had a terrible impact on civilians in the Kurdish regions of Turkey.

The Turkish government has mobilized its war machine in Kurdish cities, towns and villages, resulting in great suffering in the civilian population in these places. They have also arrested a number of local HDP officials and parliamentarians, accusing them of being members of the once-again demonized PKK.

We receive the news of civilians, politicians, children, elderly people dying under horrifying attacks and tortures (not to mention the armed people who are involved in the fight). More than the half of the country prefers to ignore, or to believe in the news reports that are provided by the government. Some want to believe that the armed forces of the state would only commit such violence to protect the unity of the country. The rest of the people are suppressed, and begin to feel almost helpless. We keep signing petitions, posting things on social media, and the ones who support the peace loudly, get arrested, tortured, or just like the human rights defender, Kurdish lawyer and the chairman of Diyarbakır Bar Association Tahir Elci, get killed.

There's a systematic and organized killing of a particular group, the Kurdish people, right in front of our eyes, and we see hundreds of them being forcibly displaced by the state. We hear that they cannot collect the dead bodies of their mothers, or their children from the street, while they lie there for ten days, rotting right before their eyes, in front of their windows. They cannot go out to retrieve the dead bodies due to the bombardment and the snipers. We hear of a grandfather getting killed on the way to hospital, while carrying a white flag in one hand and in the other hand a three-month old baby who was hit when their house was shelled. We hear about a father seeing his son's eye carved out when he finds him at the mortuary. It has become a horror story, and I am afraid, we are not well organized enough to come together, understand what is happening and stop this crime. Most people are helplessly waiting for it to end by itself. An artist friend in Diyarbakir, with whom I am in correspondence every day, said, ‘Everything will become 'normal' again, once there are enough people who have been killed.’

Since 16 August 2015, there have been 58 officially confirmed, open-ended and round-the-clock curfews in at least 19 districts of 7 cities (primarily Diyarbakır, Şırnak, Mardin and Hakkâri) where approximately 1 million 377 thousand people reside (according to the 2014 population census). During these officially declared curfews, fundamental rights of people such as Right to Life and Right to Health have been violated and 162 civilians (29 women, 32 children, 24 people over the age 60) lost their lives according to the data of HRFT Documentation Center.

In response to the violence and to the suffering of Kurdish civilians, a group of Turkish academics initiated a petition entitled “We Will Not Be Party to this Crime.” The text, which you can read in full here, summarizes what the authors see as Turkey’s human rights violations against its citizen in the Kurdish region. (The petition web site has been hacked by right-wing Turkish nationalists multiple times; if you cannot access it at the link above try this one.)

The Turkish state has effectively condemned its citizens in Sur, Silvan, Nusaybin, Cizre, Silopi, and many other towns and neighborhoods in the Kurdish provinces to hunger through its use of curfews that have been ongoing for weeks. It has attacked these settlements with heavy weapons and equipment that would only be mobilized in wartime. As a result, the right to life, liberty, and security, and in particular the prohibition of torture and ill treatment protected by the constitution and international conventions have been violated.

We, as academics and researchers working on and/or in Turkey, declare that we will not be a party to this massacre by remaining silent and demand an immediate end to the violence perpetrated by the state. We will continue advocacy with political parties, the parliament, and international public opinion until our demands are met.

In response to the petition, which has garnered over 1,400 signatures, including the names of many international academic celebrities including Noam Chomsky and Judith Butler, Erdoğan has called the signers in Turkey “traitors,” saying, ““You are either on the side of the state or of the terror organization and terrorists.” The Turkish Council of Education has suggested it might take legal action against the professors who have signed the petition, and the inflammatory rhetoric dropped to a new low when a notorious gangster threatened violence against academics calling for peace negotiations.

In the face of this brutality and repression, it is important that the international community spread awareness about what is happening in the Kurdish region and in Turkey. If you would like to take action, you can sign this petition from Amnesty  calling for an end to Turkey’s arbitrary restrictions on movement. If you are an academic or a graduate student, you can add your name to “We Will Not Be Party to This Crime” by sending an email with your name and institutional affiliation to [email protected]. Journalists, writers, and students in Turkey have issued statements in support of the scholars, and you can find these and other updates on the Bianet site.

There is an old Kurdish proverb that says “Kurds have no friends but the mountains.” Now is a good time to show that people who care about justice care about the Kurds. 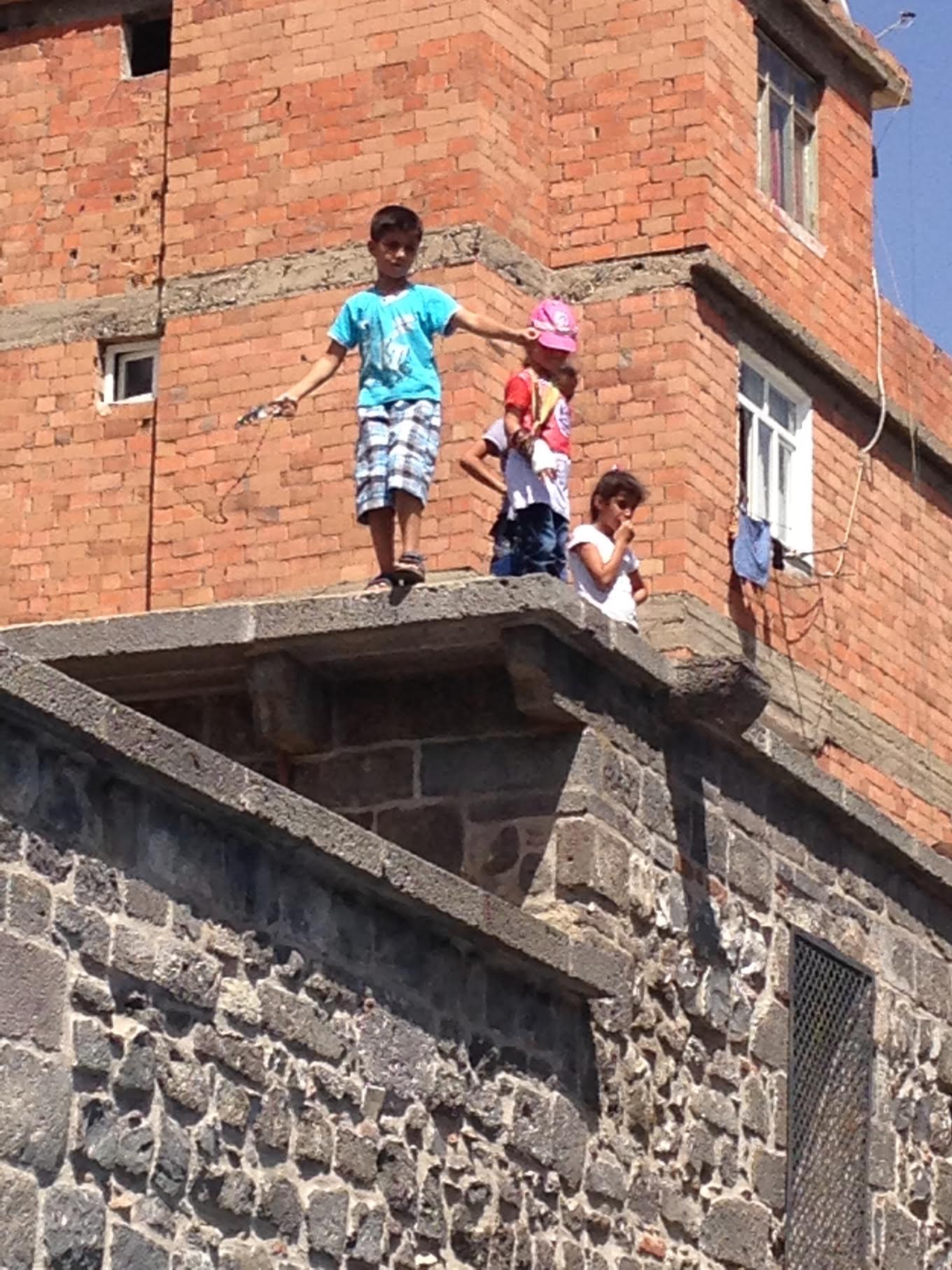