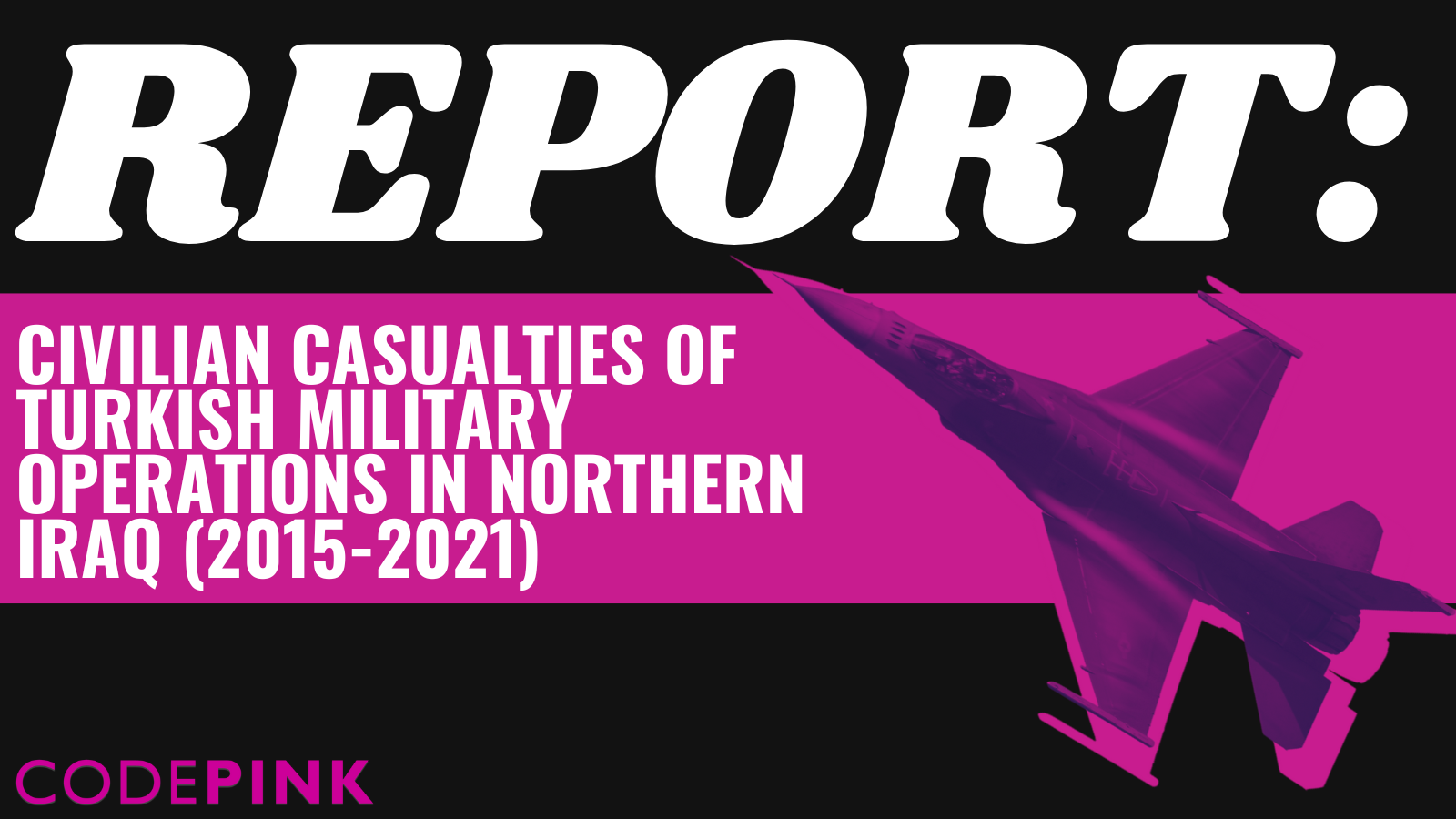 Tell the State Department to halt F-16 sales to Turkey

CODEPINK has been working closely over the last year with groups in the End Cross-Border Bombing coalition to publish a report on cross-border bombings from Turkey. The report finally came out and the evidence is damning. Read it now (link provided above).

Between 2015-2021 Turkey conducted at least 88 cross-border attacks killing up to 123 civilians. One of the attacks include a bombing of a refugee camp that houses Kurdish refugees who fled Turkey because of anti-Kurdish violence. Even in exile, Kurdish people cannot escape Turkey’s brutal violence.

The U.S. must stop selling war planes to Turkey. Help end cross-border bombings in Iraq by telling the State Deparment to stop liscensing F-16’s to Turkey!

The report is the product of immense international solidarity and teamwork. Our friends in Iraq put years into this research and project. You can share their work and view the report provided above. 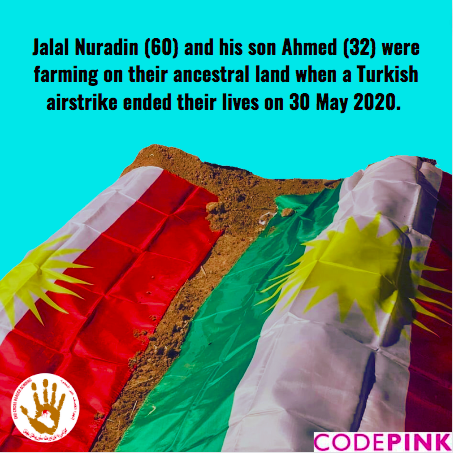 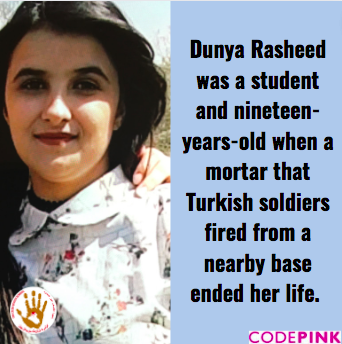