Truth is not a Crime 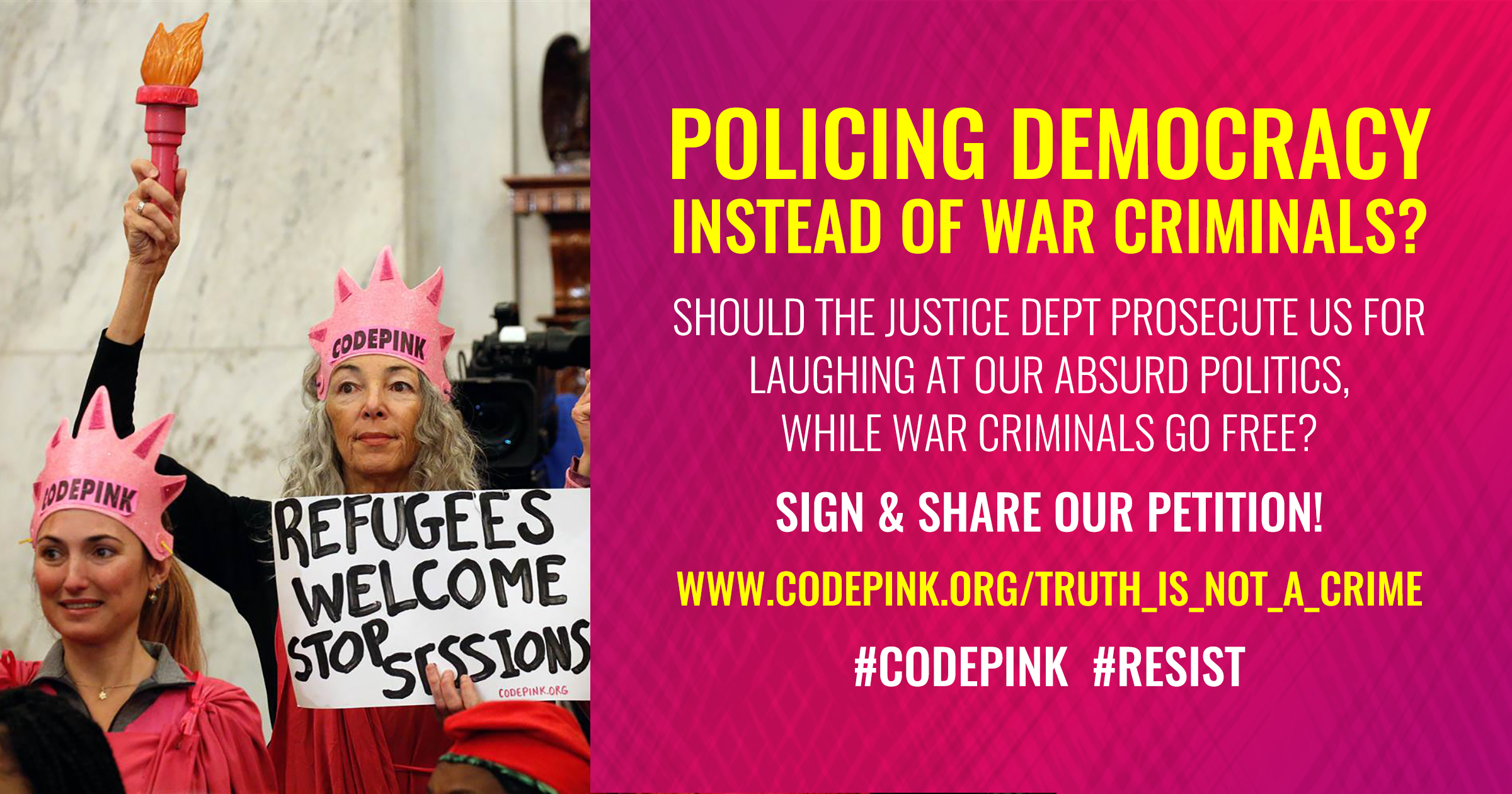 Shortly into the confirmation hearing of Jeff Sessions CODEPINK member Desiree Fairooz, emitted a reflexive gasp upon hearing Senator Richard Shelby (R-AL) say that Mr. Session's record of “treating all Americans equally under the law is clear and well-documented.”

The Department of Justice should not eject people from public hearings in congress and then criminally prosecute them for up to a year in prison for appropriate reactions to absurd and false statements.