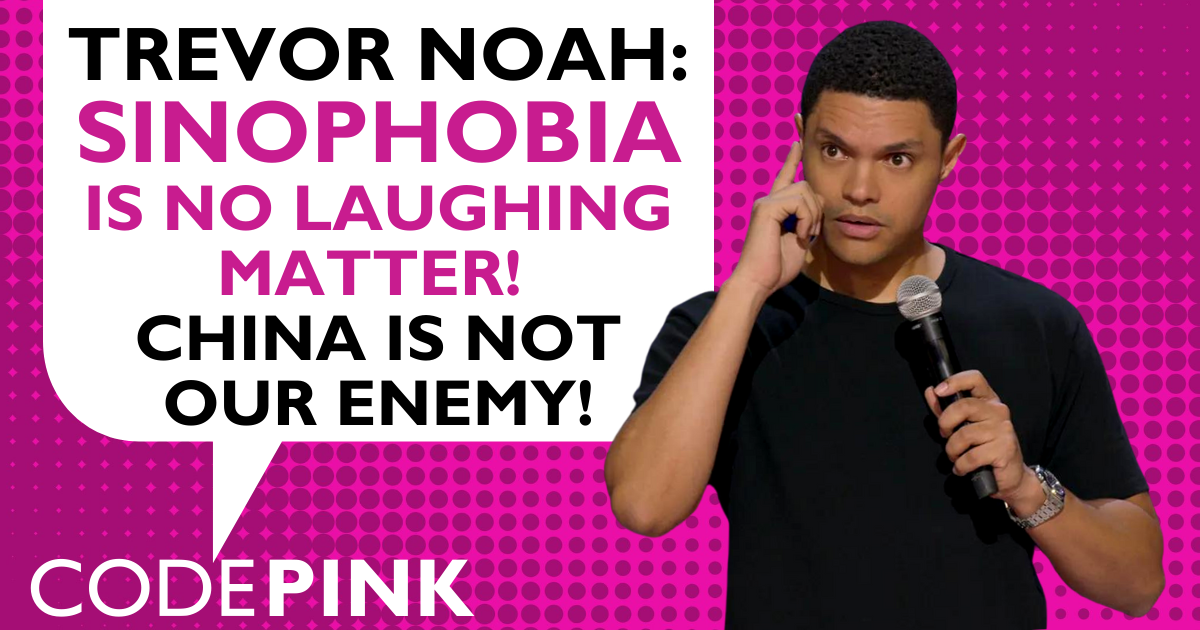 Trevor Noah’s The Daily Show segment on “Why is China in Africa” was a 13-minute smear program of China that merely repeated the already debunked myth of “debt trap diplomacy.” You can read our action alert here.

Send a letter to tell Trevor Noah to stop spreading misinformation about China! Sinophobia is No Laughing Matter!

Another holiday season has passed and there is still no peace on Earth because the U.S. military industrial complex and empire wants to stick its nose in places it doesn’t belong, specifically the African continent.

Throwing in a caveat of “love the Chinese people, not the government” and “#StopAsianHate” does not negate the effects of going on a late-night American satirical news program to disparage China as a predatory loan shark! Not only is this a racist stereotype, it is infantilizing to portray African nations as helpless prey with the implication that someone (like the U.S.) needs to save them by intervening.

If your aim was to discuss neocolonialism and outside forces extracting natural resources from Africa, it was a great disservice to not talk about the United States or European colonial powers. If you don’t know, you don’t know, and shouldn’t speak on an issue. If you don’t know, then you’ve just mis-educated your entire audience! It is highly irresponsible and negligent to misinform your viewers with the reach and influence of a platform like The Daily Show.

You said it yourself that Chinese and African people should spend more time together, and that’s one point on which we can agree. Mutual understanding and cooperation is the ultimate goal of the on-going relationship between China and African countries!

I urge you to stop using your influence and platform to mis-educate your audience and bolster blatant falsehoods about China, because it has real human costs. Instead your satire might be better used addressing PBS's censorship of their own documentary Voices From the Frontline: China's War on Poverty. This documentary was produced by a U.S. investment banker to understand how China was able to take everyone out of poverty while U.S. streets are full of unhoused people.