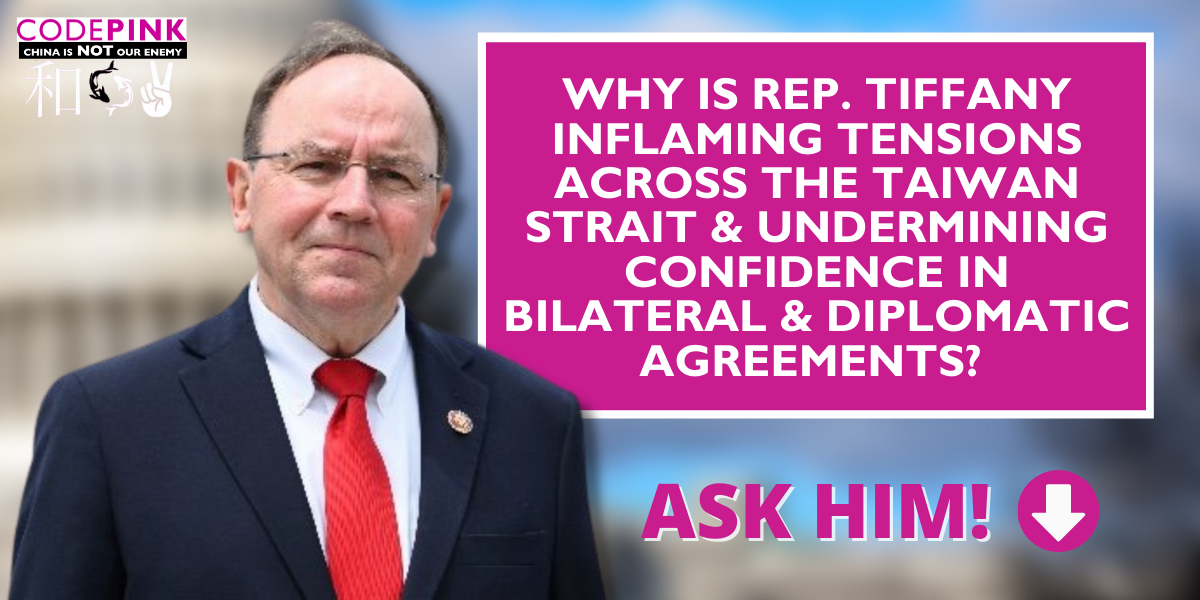 An amendment under the new Consolidated Appropriations Act has banned the creation or use of maps by the Department of State and its foreign operations that depict Taiwan as part of China.  The Appropriations Act, which provides appropriations to federal agencies for the 2022 fiscal year, is a 3000-page piece of legislation that proposed $1.5 trillion spending, including military and humanitarian aid to Ukraine. This amendment was introduced by Rep. Tom Tiffany (R-Wis.) and other Republican representatives, first in the House bill passed on State Department and related  foreign service funding in July 2021, then again for the Consolidated Appropriations Act.  This is sneaky because it would be unwise to vote against such an enormous spending bill due to one amendment.

This amendment undermines the fundamental principle of Sino-American relations by violating the longstanding policy of strategic ambiguity and unofficial relations with Taiwan enshrined in the Shanghai Communique, a diplomatic document signed by Beijing and Washington.  Further, Tiffany said “Beijing’s bogus argument that Taiwan is part of Communist China” should be abandoned, and that the bill would “require honest maps that stop perpetuating the ‘One China’ lie.”

If Rep. Tiffany can undo a diplomatic agreement through one amendment to a spending bill, what agreement would you like to re-write? 👇🏼 Use the comment section below to let us know 👇🏼 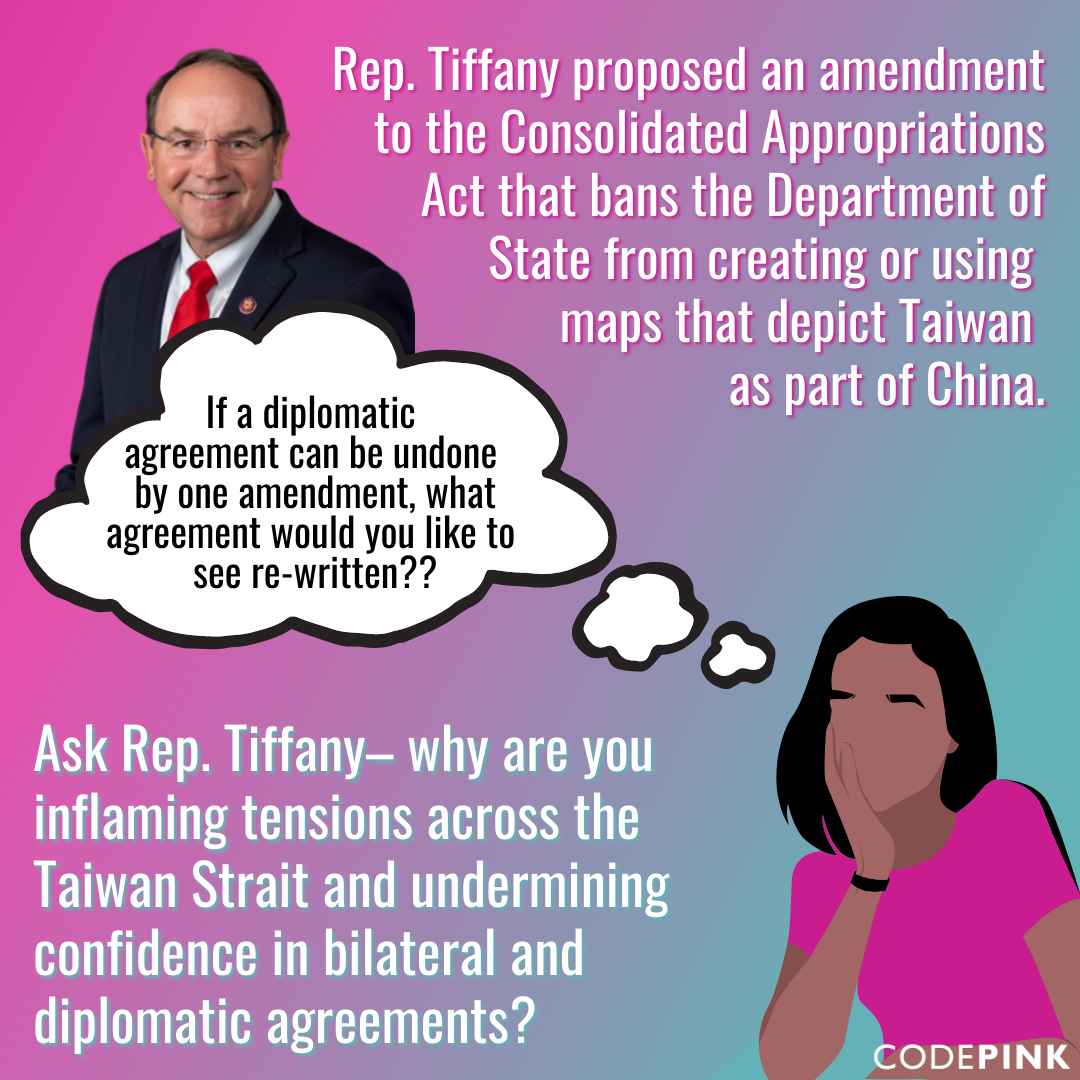 Contact Rep. Tiffany to ask him why is he mapping out aggression on China by inflaming tensions across the Taiwan Strait and undermining confidence in bilateral and diplomatic agreements?  Sign our petition today!

You introduced an amendment to the Appropriations Act, which President Biden signed into law on March 15, 2022.  You labelled the One China Policy,“Beijing’s bogus argument that Taiwan is part of Communist China” and that it should be abandoned.  Instead you proposed that the bill should “require honest maps that stop perpetuating the ‘One China’ lie.”

The One China policy is a product of the Shanghai Communique, an agreement negotiated between the two countries, as the first of the Three Communiques that normalized Sino-American relations.  The Shanghai Communique affirmed that China and the U.S. “…conduct their relations on the principles of respect for the sovereignty and territorial integrity of all states, non-aggression against other states, non-interference in the internal affairs of other states, equality and mutual benefit, and peaceful coexistence.”  Part of that agreement included the U.S. acknowledging "that all Chinese on either side of the Taiwan Strait maintain there is but one China and that Taiwan is a part of China."

Your amendment not only undermined this fundamental principle of Sino-American relations, but further and unnecessarily inflames tensions across the Taiwan Strait by violating the longstanding policy of strategic ambiguity and unofficial relations with Taiwan.  Moreover, your actions have undermined the confidence other countries have in bilateral and diplomatic agreements with the U.S. if a simple amendment can challenge their power and implementation.

You have purposely poked the bear by increasing animosity, aggression, and mistrust.  Instead, you should support negotiations for arms control, safety protocols, and confidence-building measures on issues regarding Taiwan and disputes in the South China Sea.

The American people need peace not aggression and war.  So why are you mapping out aggression on China by inflaming tensions across the Taiwan Strait and undermining confidence in bilateral and diplomatic agreements?