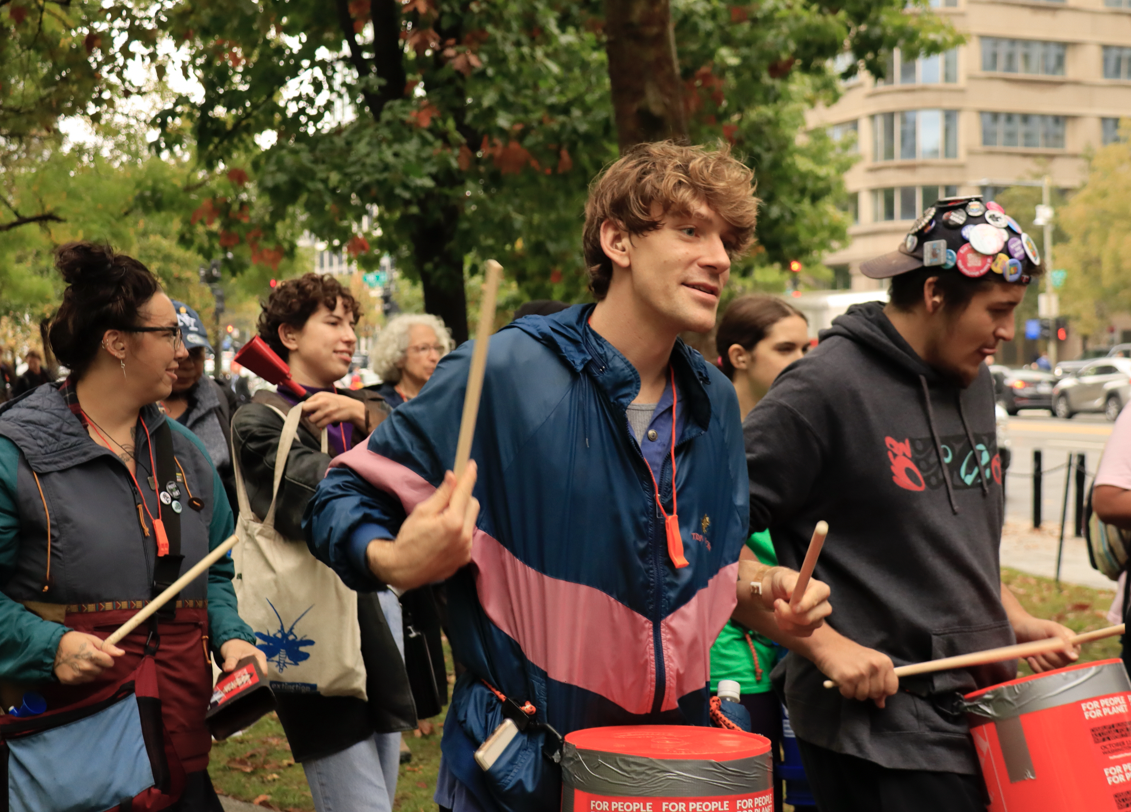 Teddy Ogborn is CODEPINK’s War Is Not Green (WING) Coordinator.

Teddy Ogborn is CODEPINK’s War Is Not Green (WING) Coordinator. They are a climate activist and organizer based in New York City. Originally from Littleton, Colorado, they earned a BA in Comparative Literature from Haverford College in 2019. Before working at the intersection of climate and anti-militarism, Teddy has worked as a film festival director, fencing coach, film producer, and high school English teacher in France.