Statement issued by Shaker Aamer on the occasion of the 12th Anniversary of Guantánamo Bay (January 11, 2014)

To be read at actions around the country on January 11th:

Today is the twelfth anniversary of the establishment of Guantánamo Bay. It has been a blot on the reputation of America, and will remain that until, first, it is closed, and second, lessons are learned from it that can help prevent any repetition in the decades to come. 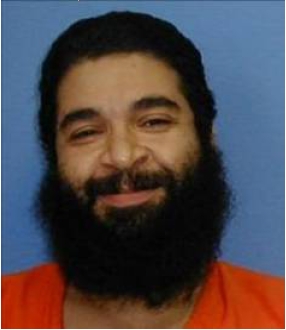 It will soon be 12 years that I have been in Guantánamo. I arrived on the day my youngest child Faris was born (February 14th, 2002). Even then, I had already spent some two months in US captivity, undergoing terrible mistreatment. Those are twelve years that are lost to me forever.

What I have missed most has been the opportunity to do my part to fill up my four children’s reservoir of love. The early years of a child’s life is a parent’s best chance to show them what love is, before they become more distant with approaching adulthood. Losing this, my opportunity and obligation, is my greatest regret.

However, we must look forward, rather than backwards. Even though British agents supported the Americans in my abuse, I wish them no ill. I do not even want to see them punished. I want only to come home to my family so that I can try to make up to them what I have been unable to provide for all these years.

I am on hunger strike once more. The US military wants to repress the truth about Guantánamo, but the truth will always come out. Others suffer even more than I do. All hunger strikers in Camp VI are now being brought over for a dose of the worst medicine the military can provide here – Camp V Echo, the Alcatraz of Guantánamo Bay. The cells are all steel, and the metal chills the bones as if you are trying to sleep in a refrigeration unit. They now punish us with force feeding, and they punish us with hypothermia, all because we call for justice.

I must say one thing to people out there about January 11: My biggest fear is that someone will do something stupid on the anniversary. When anyone does something wrong on the outside, we on the inside have to pay the price for it. When there was that incident in Yemen, the Americans banned the Yemenis from going home – even though it had nothing to do with the Yemenis here in Guantánamo Bay. I am grateful to those who support us. But if anyone wants to demonstrate on our behalf against the black stain that is Guantánamo, please do it in good faith and good humour, and above all practice no violence.

Get out Shaker's message by sharing the full text of his statement now.