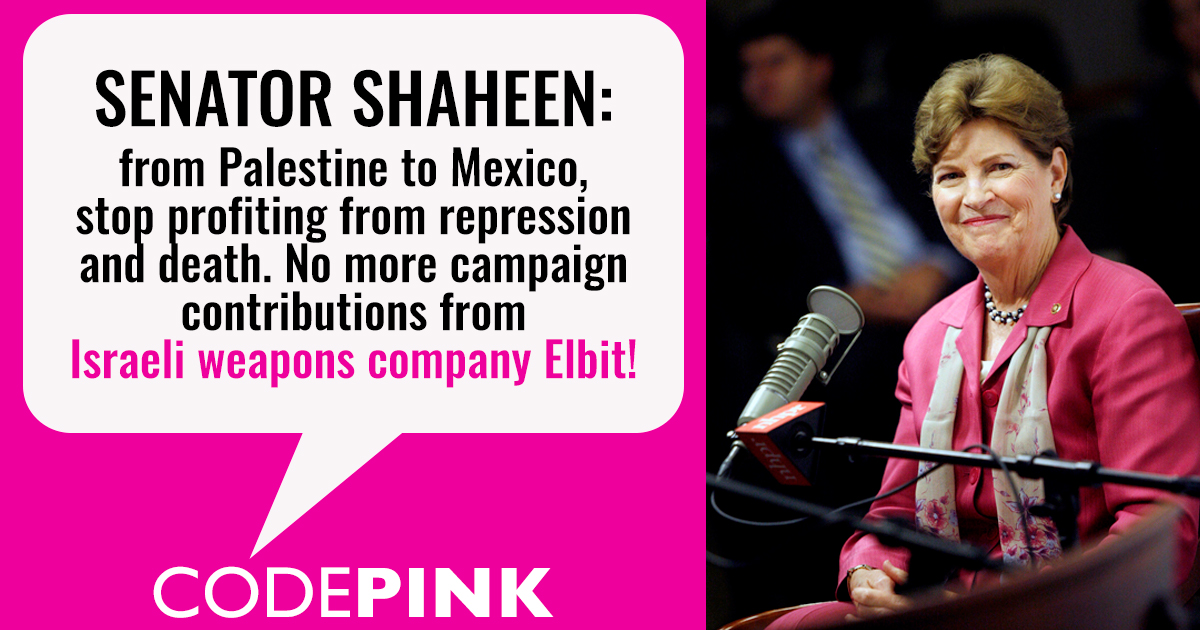 Elbit Systems has been involved in all of Israel’s major offensives in Gaza. They produce armed drones, surveillance equipment and other products used for violence in Gaza and repression along the Israeli apartheid wall and U.S. -Mexico border.

Send a message to Senator Shaheen asking her to stop taking money from Elbit Systems and other merchants of death:

Elbit Systems is the Israeli military’s top contractor, responsible for war crimes and oppression in Palestine. They have been involved in all of Israel’s major offensives in Gaza, such as providing surveillance equipment for Israel’s separation wall, deemed illegal by the International Court of Justice.

Elbit’s U.S. subsidiary, Elbit Systems of America sells to and contracts with the U.S. Department of Homeland Security.