Senator Graham: Sisi is NOT the
“Right Man at the Right Time to Lead Egypt”

On April 5-6, Senator Lindsey Graham led a Congressional delegation to Cairo where US officials met with President Sisi and Defense Minister Sedki Sobhi. At a Cairo press conference after the meeting, Graham claimed that Sisi “was the right man at the right time to lead Egypt…and to consolidate the rule of law, human rights and the fight against terrorism.” Senator Graham insisted that Egypt’s stability “is more important than any other time,” and continued, “I understand that the country is a new democracy and coming out of chaos… He [Sisi] has to balance security with the rule of law.”

Senator Graham’s support for a regime that many decry as worse than the darkest days of the Mubarak dictatorship implicates the United States in the abuses, and only serves to increase violence, terrorism, and dangerous anti-U.S. sentiment. It is shameful that U.S. elected officials show support for President Sisi. In 2013 Senator Graham himself denounced the military coup and called for the U.S. to suspend aid to Egypt after Sisi came to power by mowing down peaceful Morsi supporters in Rabaa Square.

We, the undersigned, call on Senators Graham, Tillis, and Perdue, as well as Congressmen Kinzinger, Rice, and Jolly to condemn the Sisi regime and to follow the example of Senator Leahy and the Congressional representatives who have called on Secretary Kerry to investigate the “possible gross violations of human rights by security forces in Egypt that may have involved recipients of U.S. military assistance.” 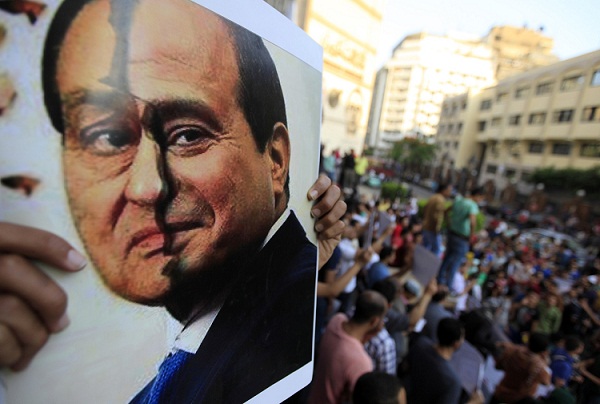