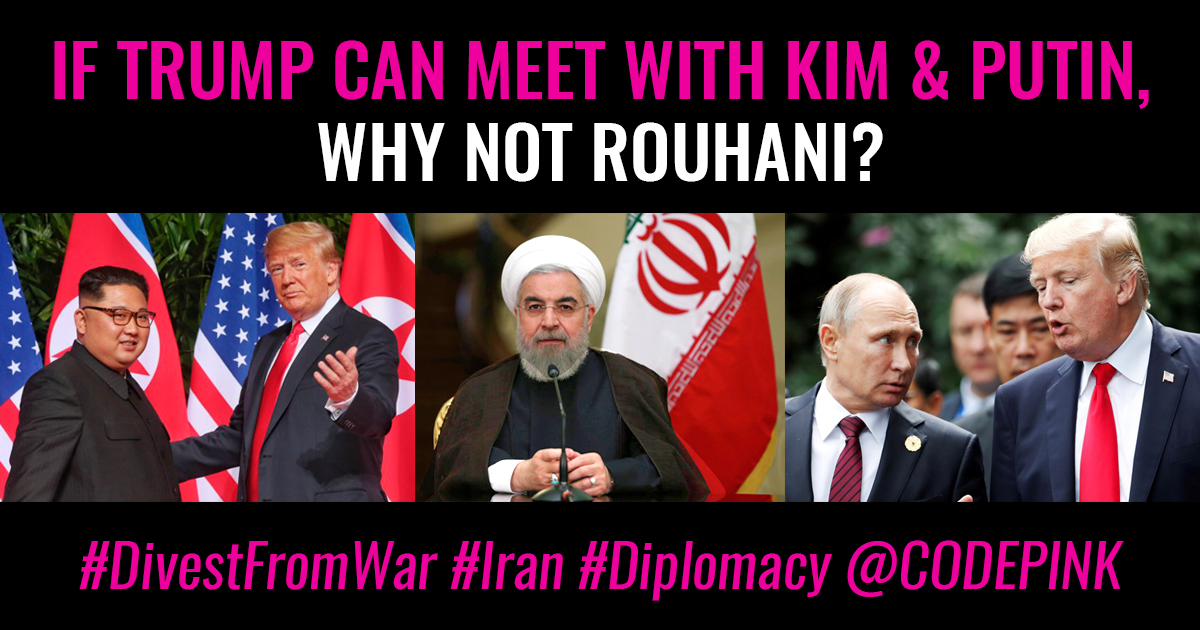 Now that Trump has met with Kim Jung Un and Vladimir Putin, he should meet with Iranian President Hassan Rouhani as well. Tell Congress to support diplomacy by urging Trump to have a summit with Rouhani and rejoin the Iran nuclear deal!