Tell the State Department to Stop the Arms Sale to Israel! 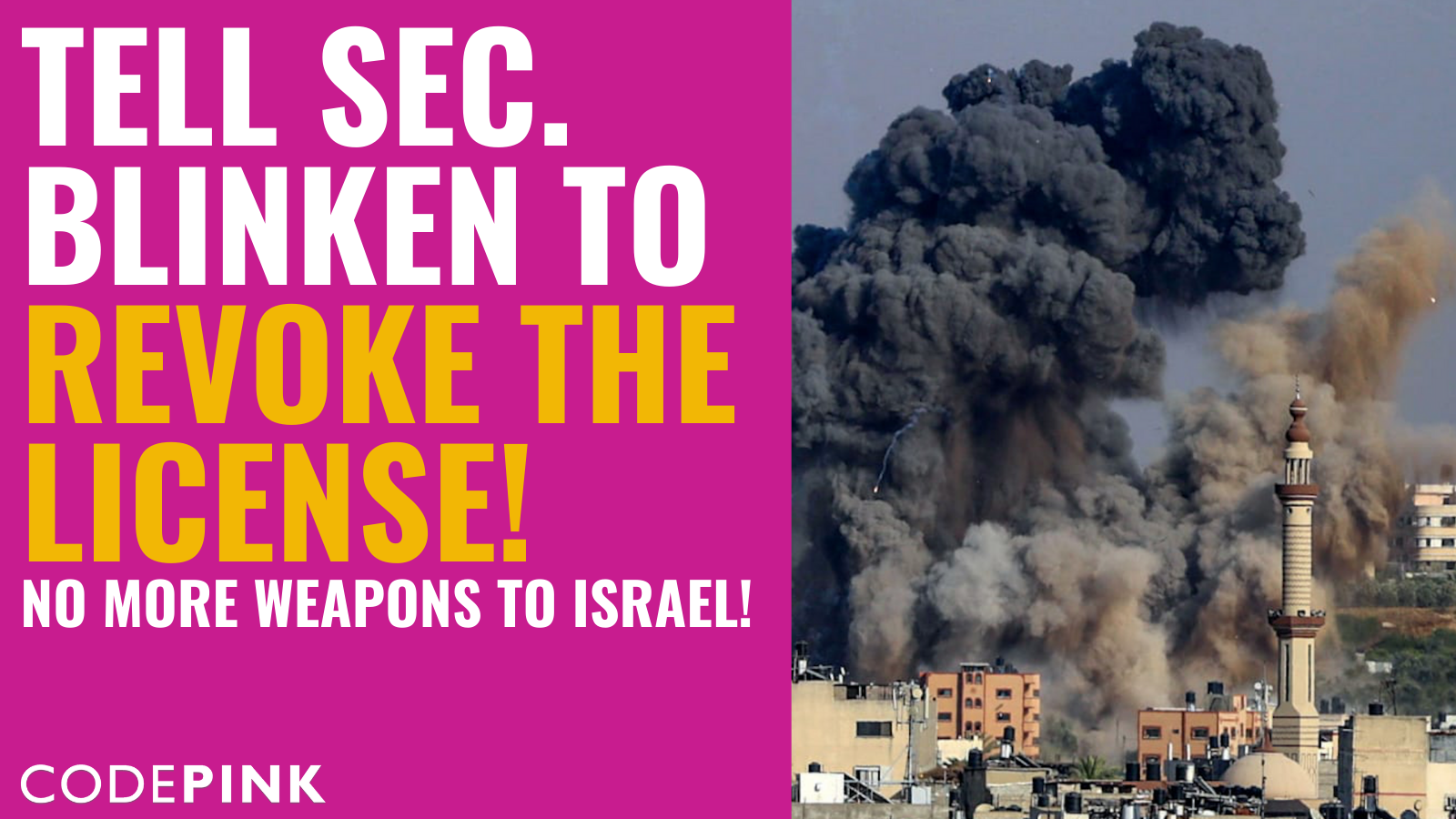 We, the undersigned, are demanding that you revoke the export license issued on Friday, May 21, 2021 for the sale of Boeing weapons to Israel. The sale includes $735 million in Joint Direct Attack Munitions and Small Diameter bombs from Boeing. The approval of this license came in the midst of resistance from Congress. Senator Sanders introduced a Joint Resolution of Disapproval, and the State Department did not wait for a vote before issuing the license, which is a complete disregard for Congressional oversight of arms sales. The sale also is in conflict with the Arms Export Control Act.

By issuing the license before Congress could have a say, the State Department is deliberately ignoring the role Congress is supposed to have in weapons sales. The Arms Export Control Act sets forth consistent and cordial guidelines for the State Department and Congress to follow. Certainly, the AECA puts much power in the hands of Congress in these matters.

On top of the disregard for Congressional oversight, the AECA also emphasizes the importance of US weapons being used for legitimate self-defense. These weapons being purchased from Boeing by Israel have been used in the past to attack civilians in Gaza. As Gazans and Palestinians at large have no standing army, Israel launching precision weapons at civilians in a place with high population density with no freedom of movement, Israel’s attacks on Gaza are in no way “legitimate self-defense”. Israel placed a suffocating siege on Gaza, did not let people out, and bombed residential buildings. These are human rights violations, and issuing this license goes against the AECA.

We urge you to consider the human rights violations being carried out with American manufactured weapons, and the rights Congress has to have a say in which weapons sales go through. It is the legal and moral obligation of the State Department to revoke the export license.