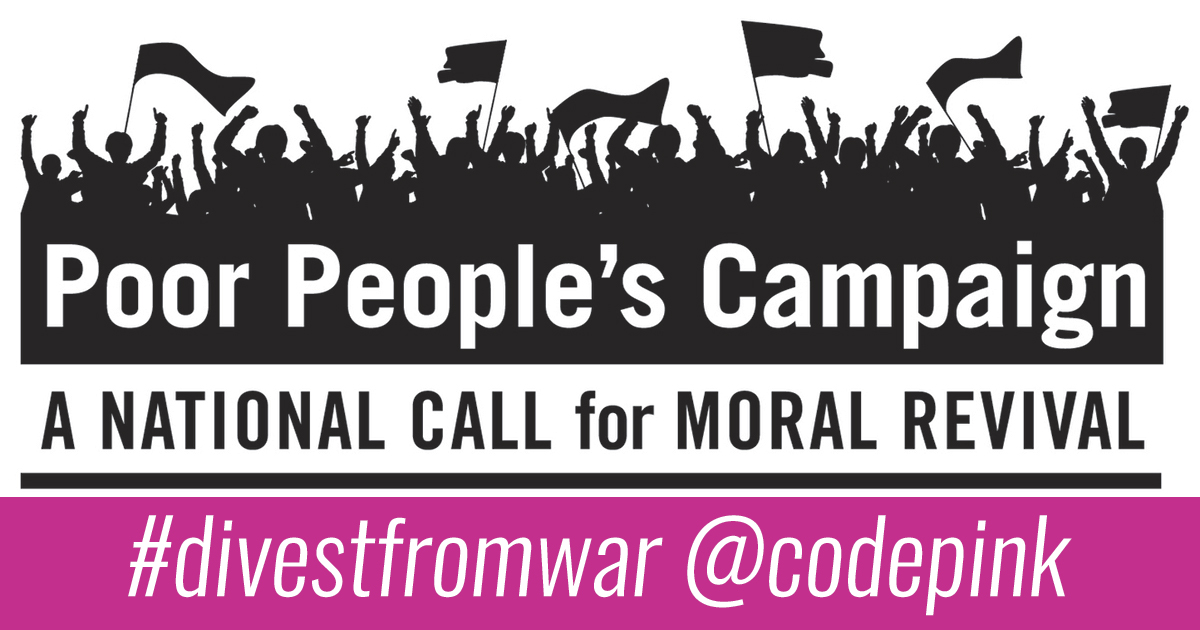 There is no way in American culture that we can address the systemic realities of poverty and racism and ecological devastation without understanding and confronting one of America’s continuing and original sins, that of militarism.

On May 14, the Campaign will launch its first nation-wide event of the season with nonviolent moral direct actions in over 30 state capitals.

Through highly publicized, non-violent moral fusion direct action over a 6-week period in at least 30 states and the District of Columbia, the Campaign will force a serious national examination of the enmeshed evils of systemic racism, systemic poverty, ecological devastation and the war economy during a key election year.