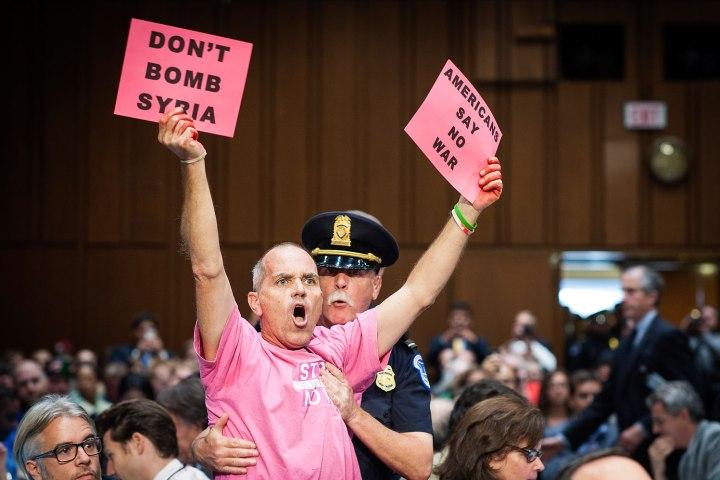 Condemn the Biden administration’s bombing of Syria and tell Biden to immediately de-escalate. We need peace in the Middle East!

We vigorously oppose your February 25 bombing of Syria. Syria is a sovereign nation. The militia you targeted poses absolutely no threat to the United States and is actually involved in fighting ISIS. Your actions simply escalate existing conflicts in the Middle East. This is not what you promised during your presidential campaign and it is certainly not what the American people want.

Your administration is claiming that its airstrikes were based on accurate intelligence regarding who was responsible for a recent rocket attack in Iraq. But a recent report by Middle East Eye suggests that Iran has strongly urged the militias it supports in Iraq to refrain from such attacks or any warlike actions that could disrupt its diplomacy to bring the U.S. and Iran back into compliance with the Joint Comprehensive Plan of Action (JCPOA). “None of our known factions carried out this [recent rocket] attack [in Iraq],” a senior Iraqi militia commander told Middle East Eye. “The Iranians are still keen to maintain calm with the Americans until they see how the new administration will act.”

The Pentagon has also made the incredulous claim that the bombing “aims to de-escalate the overall situation in both Eastern Syria and Iraq.” But this was countered by a member of Russia’s Federation Council who called the attack “unlawful” and said any similar escalations in the area could lead to “a massive conflict.” President Biden, your administration is playing with fire.

It is urgent that you cease military actions in the Middle East and immediately get the U.S. back into the Iran nuclear deal. We want diplomacy, not more war.