With the Russian invasion of Ukraine, the conflict has escalated to all-out war and could further escalate to a war between the world’s two largest nuclear powers: Russia and the United States. In response to the crisis, a coalition of European and American peace groups — CODEPINK, Stop the War Coalition, No to NATO Network and the Campaign for Nuclear Disarmament — are organizing an emergency online discussion and rally.

Hosted by Medea Benjamin (CODEPINK) and Kate Hudson (Campaign for Nuclear Disarmament), this hour-long event will feature elected officials, intellectuals, journalists and peace activists from both sides of the Atlantic.

“We must come together across borders to demand the withdrawal of Russian troops and immediate talks to find a diplomatic solution,” says Medea Benjamin, cofounder of CODEPINK. “We call for a return to the Minsk agreement and assurances that Ukraine will not become part of NATO.” 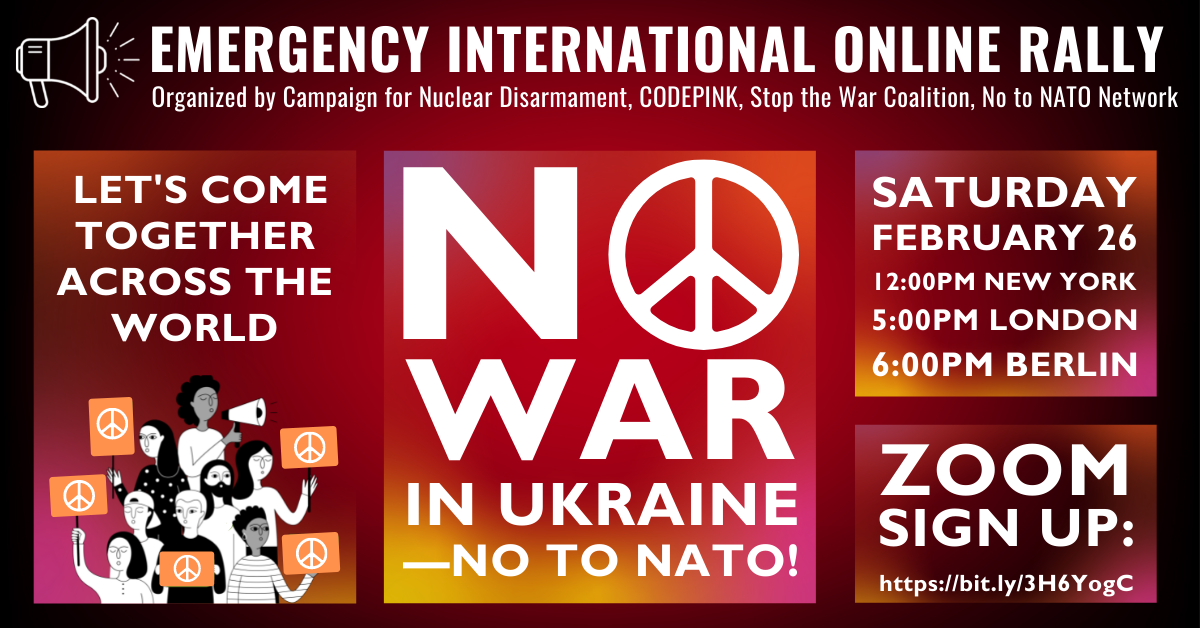