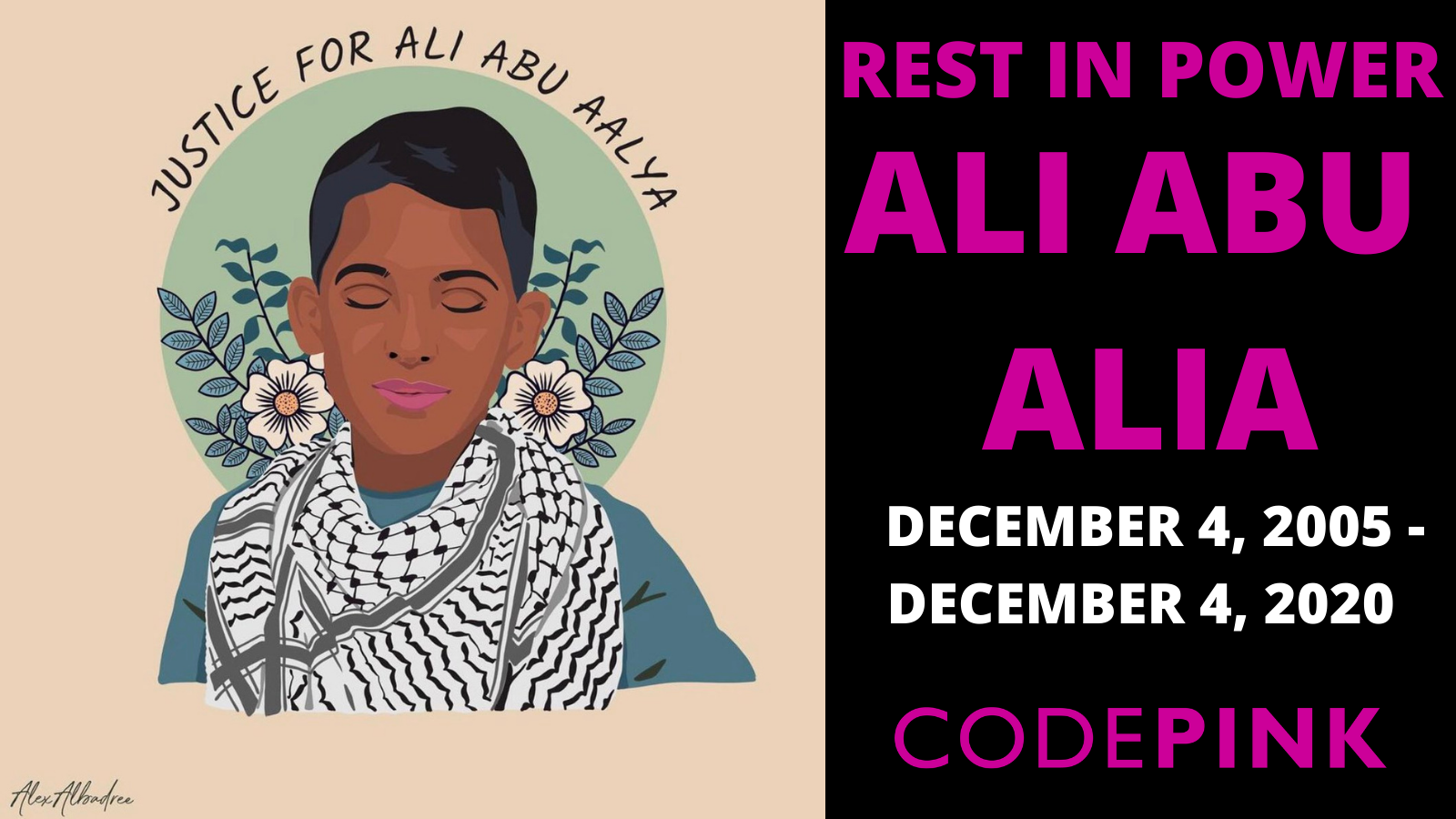 Yet another innocent child has been killed by Israeli forces, this time 15-year-old Ali Abu Alia. We will not stay silent as U.S. tax dollars fund the abuse and murder of the Palestinian people by the Israeli military. Sign the petition to Congress asking them to support H.R. 2407, Rep. Betty McCollum’s legislation to protect the lives and human rights of Palestinian children!

U.S. residents: Take your actions one step further by sending an email directly and calling your Rep. and asking them to add their names to H.R. 2407.

We, the undersigned, write to you with extreme sorrow and outrage by the murder of a 15-year-old Palestinian boy, Ali Abu Alia, by Israeli forces. Ali is just the latest victim of decades of violent oppression suffered by the Palestinian people, funded by the U.S. military assistance to Israel. I urge you to support Rep. Betty McCullum’s efforts to condition this military aid that it will not go to the violence, detention, and abuse of Palestinian children.

Ali, a child of only 15 years, was completely innocent, yet still he became the fifth Palestinian child to be killed by Israeli live ammunition this year. He was observing a clash in his village between Palestinian protesters and Israeli forces when he was fatally shot in the stomach. The United States sends $3.8 billion in military aid to Israel every year, yet the American people have no oversight as to what this money supports and if it funds the oppression and abuse of Palestinian children.

Representative Betty McCollum’s legislation, H.R. 2407, the Promoting Human Rights for Palestinian Children Living Under Israeli Military Occupation Act, would prohibit U.S. dollars from being used to fund the “detention, interrogation, abuse, or ill-treatment of children.”  This vital legislation would protect the most basic human rights of children living under Israeli occupation, including the right to live and grow up without the constant threat of violence and abuse. Please support this important piece of legislation in the House and introduce compatible legislation in the Senate. The passage of such legislation would be an excellent first step toward ending the oppression and suffering of Palestinian children.

It is far past time for the U.S. to stop funding the tragic and senseless murders of children like Ali. Please have a heart for Palestinian children and support Betty McCollum’s legislation to end their abuse.