As people of conscience, we call on you to use your authority to take nuclear missiles off hair-trigger alert status. On January 20, President Donald Trump will be given the codes for America's nuclear arsenal. He will then have the ability to launch, within minutes, thousands of nuclear warheads without any vote, check, or serious deliberation. Just one missile could kill millions. Once launched, the missiles can not be recalled.

This is your last chance to reduce the danger of US nuclear weapons. Once off hair trigger-alert, it would take hours, or even days for the president to launch nuclear weapons. This would give time to consult with Congress and other leaders and for cooler heads to prevail. We should not rush into a decision to start a nuclear war. 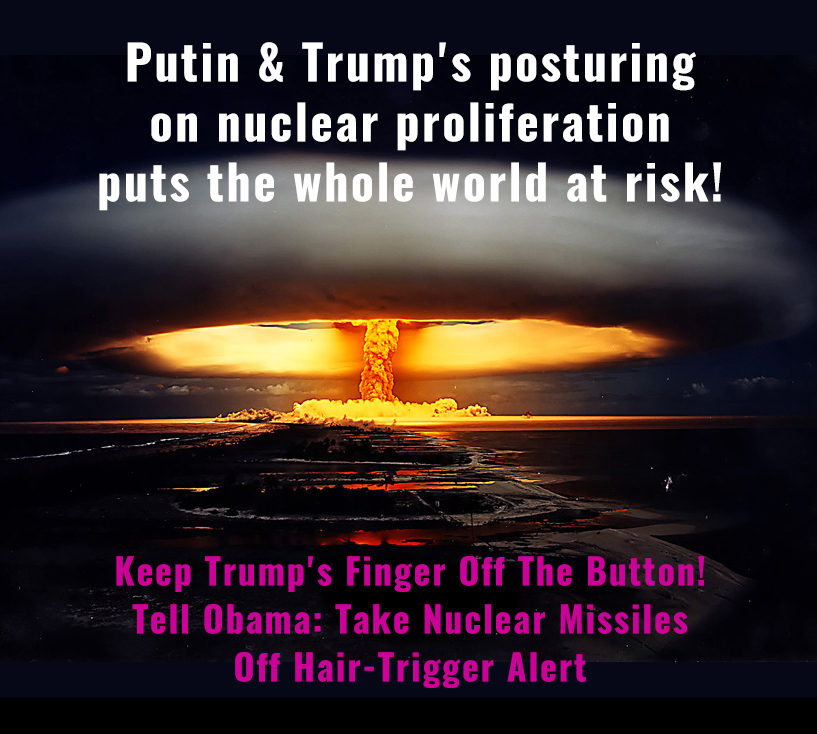